Launching of the Beyond the Borders: A Letter From The Brother Superior 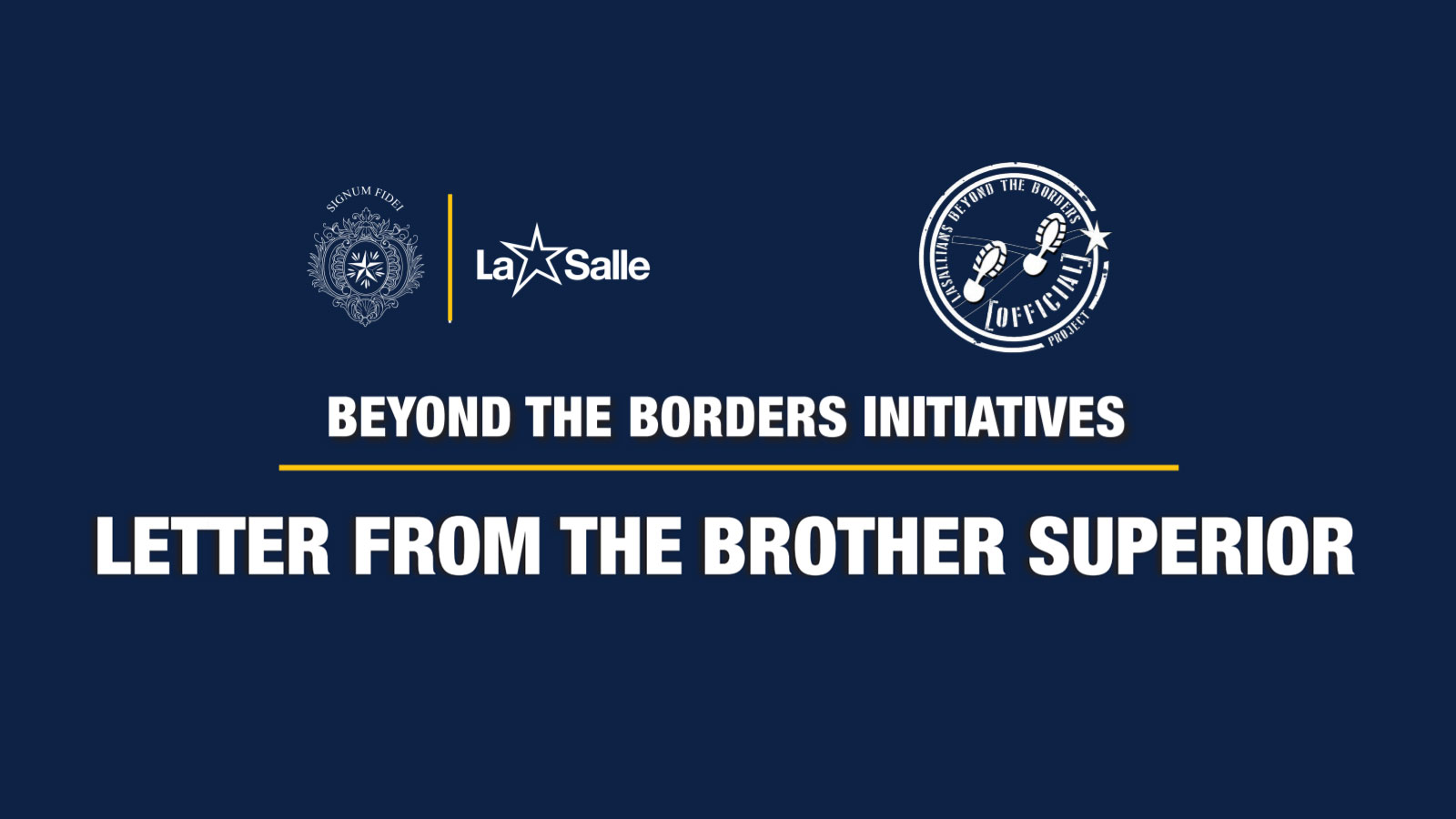 Do not tire of going in search of those who find themselves in the modern “tombs” of bewilderment, degradation, discomfort and poverty, to offer hope for a new life.

The first called for Regions to establish and manage initiatives that meet needs expressed in the metaphor of “beyond border” (Circular 469, Proposition 19), and the second called for the establishment of an international community of Brothers and volunteers that offers vocation ministry and discernment in the context of a community life dedicated to the service of the poorest (Circular 469, Proposition 27). From there, Circular 470 combined these initiatives with a call to “encourage new educational experiences which, while challenging Brothers and Partners to engage in ‘Beyond the Border’ commitments to urgent contemporary needs among the most vulnerable groups, offer to the members of the community a fraternal environment for vocation discernment” (Strategy 2.4).

The selected initial projects encompass new and existing ministries in each Region approved by the General Council. Accompanying this letter are brief descriptions of the currently approved projects. The projects, which have varied funding sources, are based on the following criteria, although they do not need to meet each point in full from their beginning. The project will

Brother, as we well know, since the very first Lasallian classroom, the mission has always been one to go to, and reach beyond, the borders. Saint John Baptist de La Salle left his own border of comfort in his reverse exodus to the poor. He and the early Brothers offered accessible education to vulnerable populations by teaching in the native language, educating in a classroom setting, establishing classes for working men, serving delinquent youth, forming teachers with a sense of vocation and mission, and more.

These efforts went beyond the borders of that day’s social and ecclesial understanding of education in order to serve those on the peripheries of society. Today, the Institute that De La Salle founded now has a new response to reach those in need, one rooted in mission and history, influenced by Pope Francis, and grounded in calls from the 45th General Chapter. The Beyond the Borders initiatives, promoted by the Institute’s Solidary and Development Secretariat, are projects that serve those most in need. On the Secretariat’s website you can find more information about each project (www.lasallefoundation.org). At this time I request you share this information about the Beyond the Border initiative with your Brothers and Lasallian Partners throughout your district or delegation. I also urge you to encourage your Brothers, Partners and young Lasallians to volunteer for one of these initiatives. Those who are interested in realizing this creative response to the poor and vulnerable in our societies can contact me directly as I will make the official appointment to the community and ministry.

I will also put interested individuals in contact with Ms. Eleonora Munaretto, (emunaretto@lasalle.org) the |Solidarity and Development Secreatariat’s International Volunteer Coordinator who will assist me in processing applications. Thank you for your prompt attention to this communication.

Letter from the Brother Superior (pdf)