With faith in the resurrection, the Lasallian Family in the sector of the Philippines and in East Asia announce the passing on of Dr. Romeo P. Ariniego, MD, AFSC, fondly known as Dr. RA, on 2023 January 16 in Dasmariñas, Cavite, Philippines. He was 79 years old and an Affiliated Member of the Institute for 4 years. 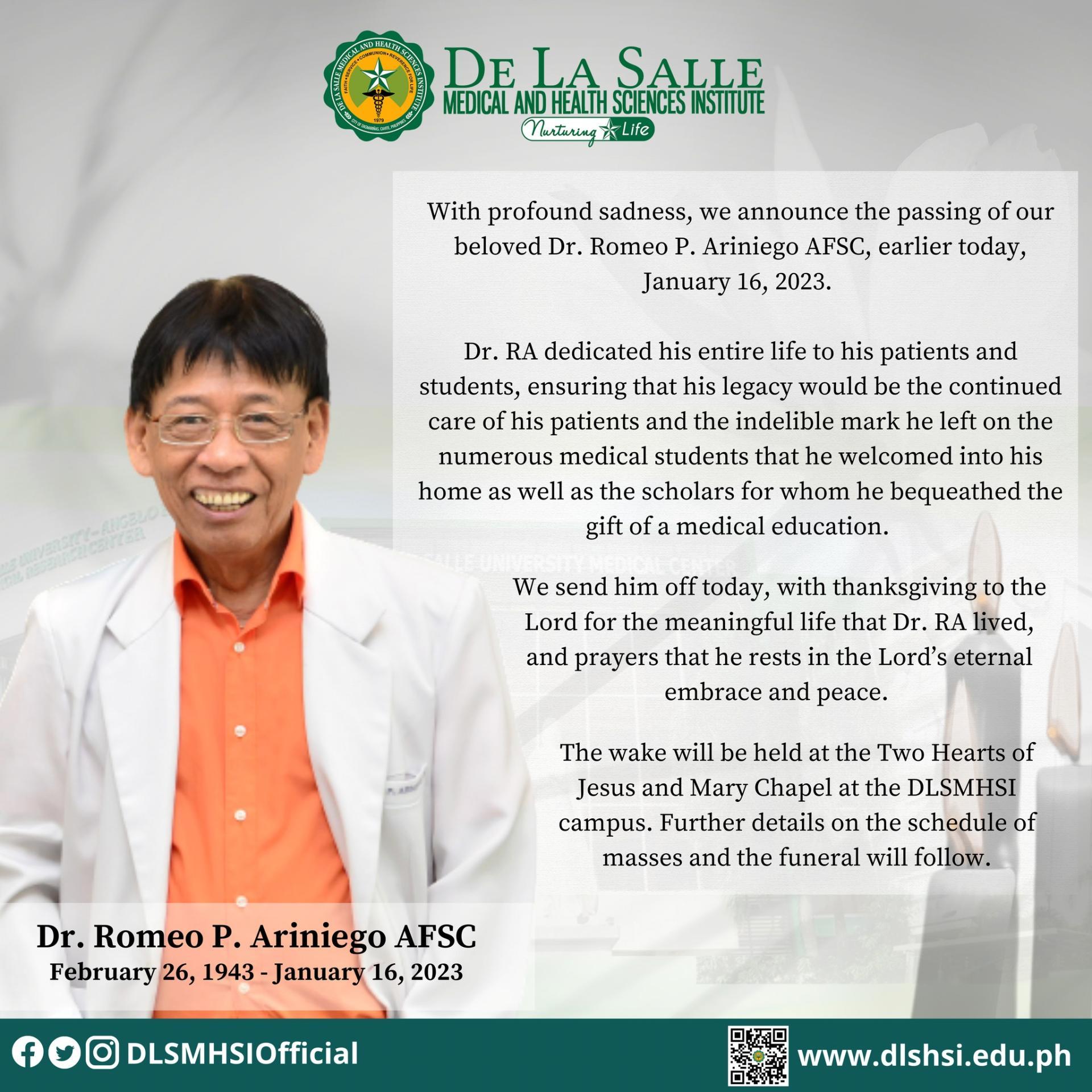 Eternal rest grant unto Dr. RA, O Lord.
And let perpetual light shine upon him.
And may the souls of all the faithful departed, through the mercy of God, rest in peace. Amen.

Dr. Romeo P. Ariniego, who was once a poor boy from Vigan City, tried all kinds of work such as a household staff, cigarette factory worker at night, dorm assistant, messenger, and gardener, conquered the many hurdles on his track, and had attained his childhood dream of becoming a medical doctor. Not one to forget his humble beginnings, he had made conscious efforts to “pay it forward” by continuously supporting the medical scholarship program of the De La Salle Health Sciences Institute (DLSHSI) for the children of non-teaching personnel and those financially struggling but academically competent individuals.

Dr. RA, in his medical profession had always been mindful of the interests of the poor patients, scholars, rank and file employees of the DLSHSI and the De La Salle Brothers, whom he did not charge professional and consultation fees.

Through the years, he had given dedicated service to the Brothers by attending to their medical needs and concerns. When Residencia De La Salle (RDLS) was put up, Dr. RA continued to provide the same professional medical service beyond the call of duty looking after the welfare of the retired Brothers. The same dedication and medical services had been extended to the Brothers in the Lasallian East Asia District (LEAD).

In his many years of association with the Brothers in the Philippines and in LEAD through his medical profession, Dr. RA had given witness to the Lasallian core values of faith, zeal for service and communion in mission. His many awards and recognition, among these were the National Lorenzo M. Tanada CHIMES Award from De La Salle Philippines (DLSP), Distinguished Service Award from the Philippine Heart Association, and Most Outstanding Cardiologist of the Philippines attests to his excellent work ethics as a Lasallian physician. 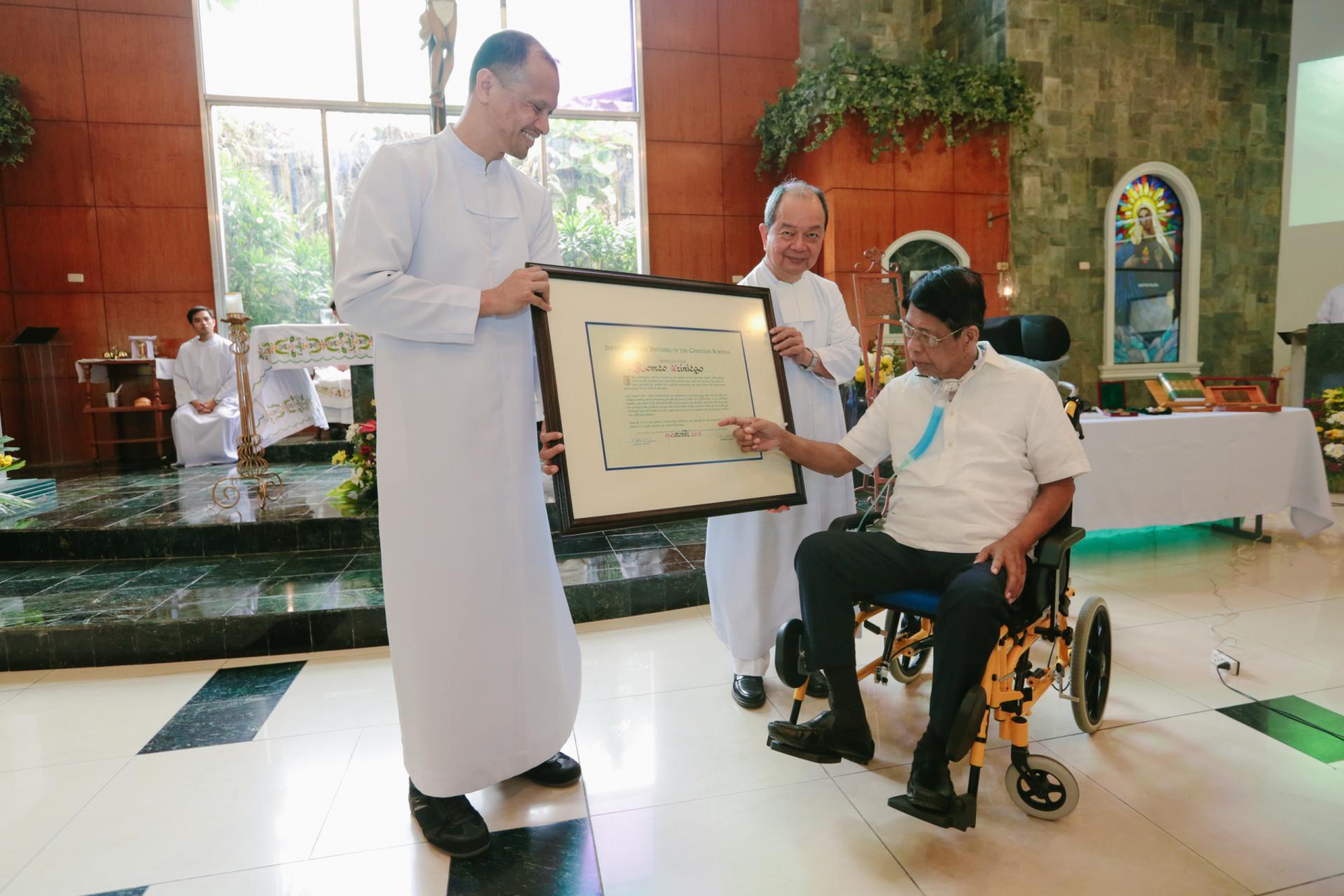 On 2019 February 10, Dr. RA was granted the Institute Letters of Affiliation of the Brothers of the Christian Schools.