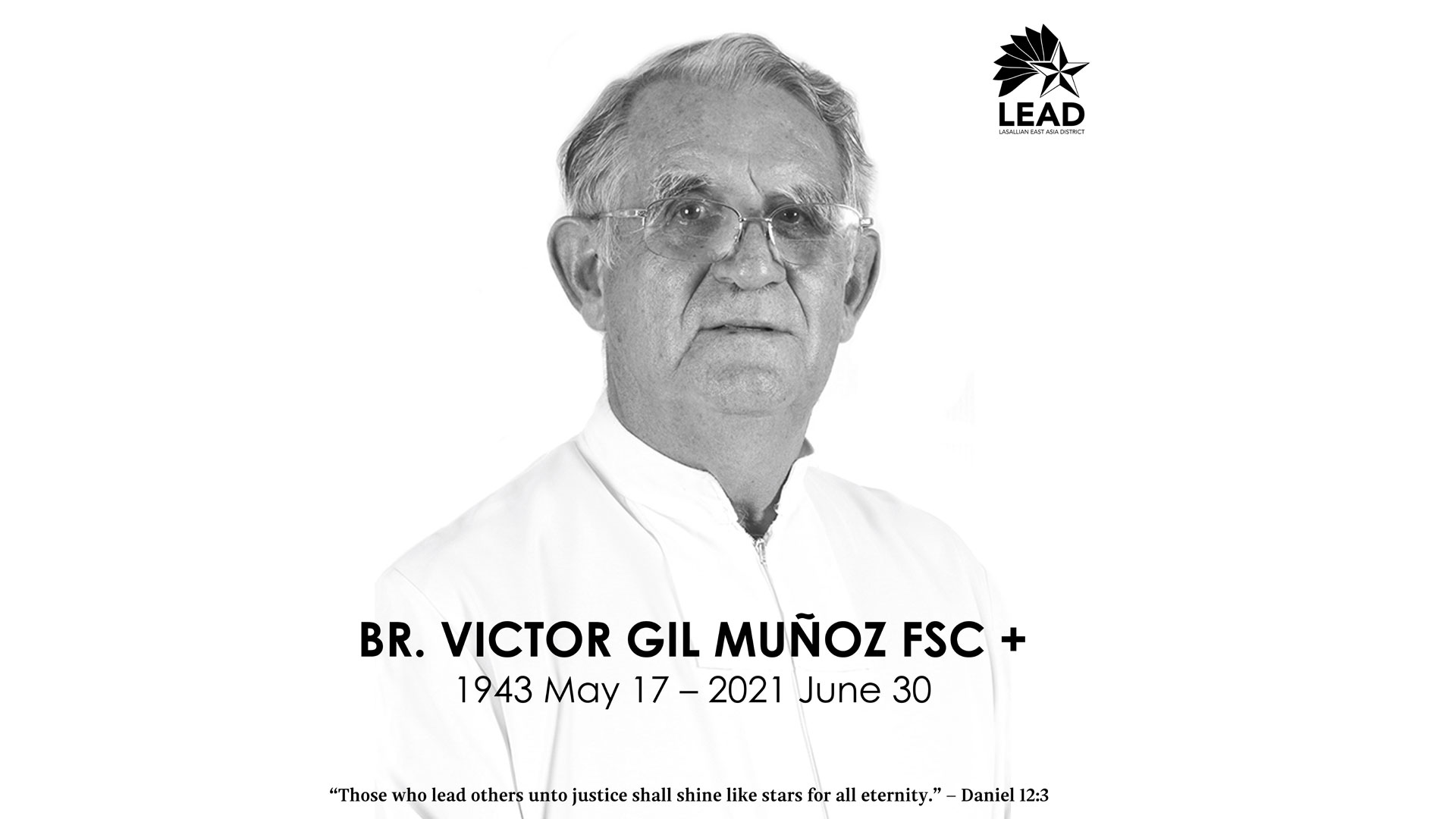 With faith in the resurrection, the Lasallian East Asia District (LEAD) announces the passing of Br. Victor Gil Muñoz FSC on the evening of 30 June 2021 at Chanthaburi, Thailand. He was 78 years old and a De La Salle Brother for 58 years. 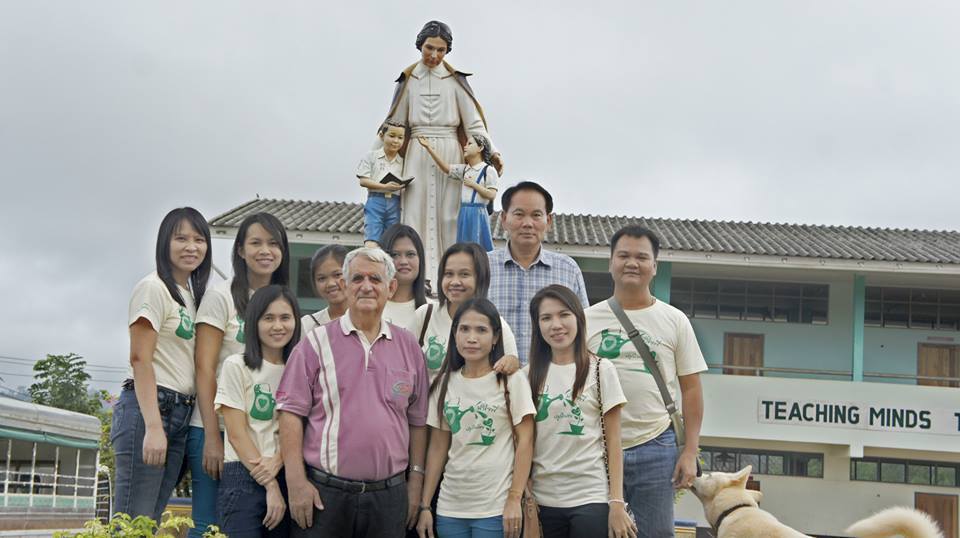 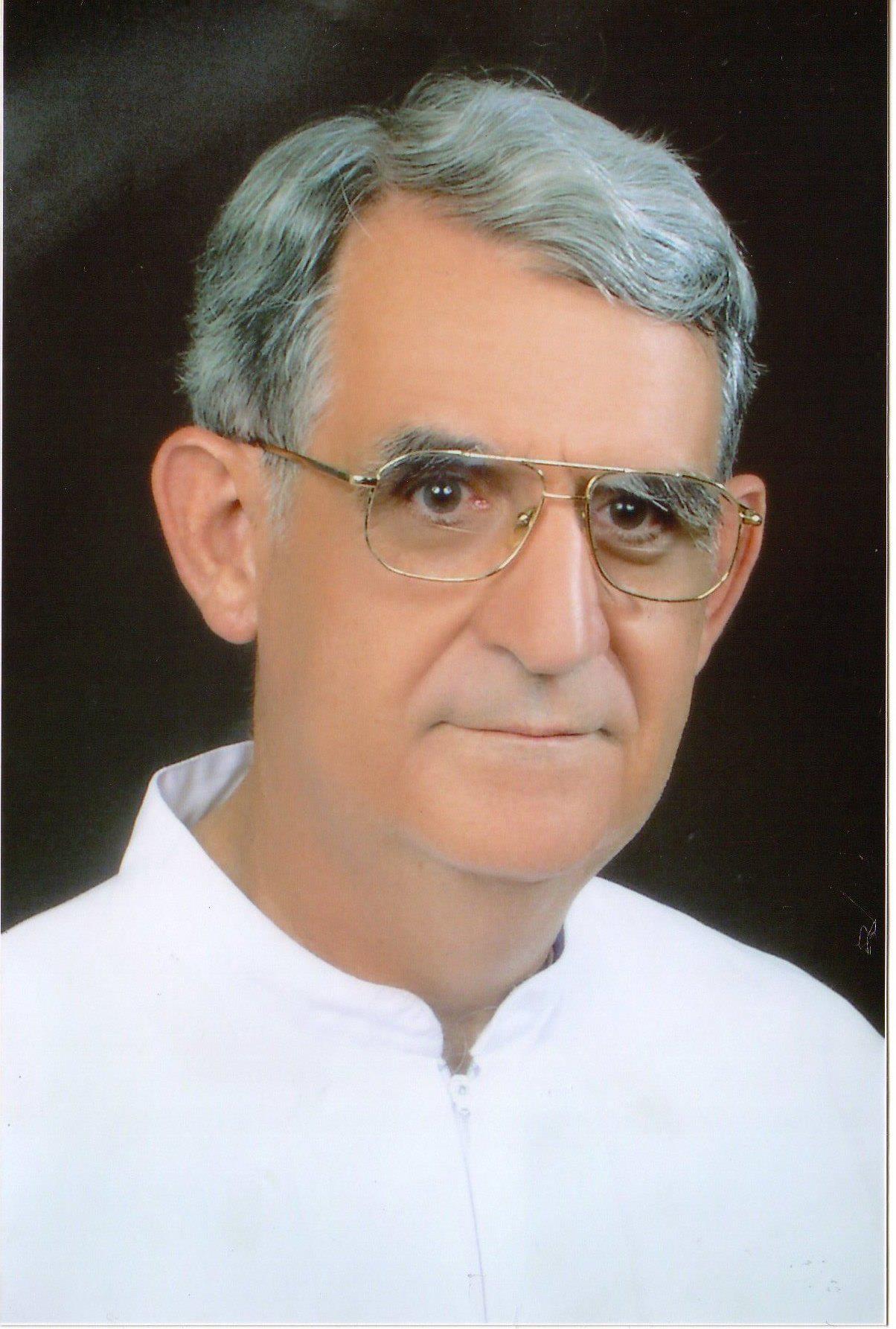 Br. Victor Gil Muñoz FSC was born on 17th May 1943. He was the second son in the family of five. He loves reading, repairing computers, visiting the forest, and helping the poor. He finished his high school in 1964 at St. John’s Bershire, England. He finished his bachelor, masters, and doctorate degrees at London University.

Br. Victor Gil came to Thailand in 1964. He was 21 years old. He lived at La Salle Bangkok School for three years to learn the Thai language and then moved to La Salle Nakhonsawan School.

He loves teaching chemistry, English, and religion. He speaks many languages such as Thai, English, Spanish, French, and some Burmese. He loves visiting the poor children and bringing them to school. He put the sign in front of the Bamboo School with the motto, “No child left behind”.

He was assigned to work at the Bamboo School in 2008 and remained there for 11 years. He returned to La Salle Chanthaburi School again in 2019 and continued his teaching until 2021. He died at the age of 78 on 30th June 2021 at the hospital in Chanthaburi.

Br. Victor Gil founded “Miguel House”, the house for poor children who were excellent in their studies, in Nakhonsawan. He also founded the Children Development Center for poor kids at Nakhonsawan Province.

In 2007, he founded the Bamboo School in Sangklaburi and later on took charge of the center for the children who lived along the border areas. He founded La Salle Sangklaburi School in 2011; a school for Burmese, Karen, Mon, and Thai children.

The Brothers, Sisters, and Lasallian family in Thailand were deeply inspired by his commitment for quality education and helping the poor children in Thailand. His initiative in starting the Bamboo School was inspiring as it filled a strong need to help the stateless children in the western part of Thailand. (Br. Joseph Klong Chaiphuak FSC)

Feb 2020: “In many ways you really look like the last of the mighty prophets, faithful to the end, enduring all the trials and tribulations, proclaiming the power and presence of Yahweh in season and out of season. I cannot even attempt to fathom the intensity of your endurance and resilience—maybe grit is the better term—that allows you to thrive in the most challenging of circumstances. You inspire me with your passion and zeal to pursue many difficult and/or pioneering educational projects serving those in the periphery. When you expressed how much you missed the Bamboo school, I could sympathize very much with you especially after my visit some weeks back to that iconic project which you founded years ago and which is now the most popular LEAD ministry, at least if I count the number of visits from donors, volunteers and friends and/or the level of awareness among Lasallians of this project. But while the project has your imprint, you have also exemplified for us in the District what the spirit of detachment entails and how you are willing to serve in other ministries in obedience and humility. In your words and by your actions, you are a powerful witness to the core values of our Institute and the Church. May you have many more years to keep us on our toes and faithful to our vows.”

Feb 2021: “It is clear that your school leadership extends to the community and is appreciated by the other members.The authenticity of your life’s witness to the demands of our religious vocation is both a gift to share and a cross to carry. Your devotion to prayer, a life of simplicity, and passion for the poor are bright lights that cannot be put under a bushel basket. There is a prophetic element in how you live your vocation, which could challenge or even threaten others without even intending it. The same was experienced by the prophets of old. In charity, you are invited to embrace the pain this brings and train your heart to continue to love and trust our Brothers with the sure conviction that it is the Spirit who will touch their hearts when we cannot.

More than anything else, I count your presence in LEAD as a real blessing from the Lord to our Institute as you commit yourself beyond your retirement years to an educational mission that even today is invited to respond in ever creative ways to emerging needs in Thailand in the rest of East Asia. Your passionate engagement in new ministries for those in the margins of society is a wellspring of hope and vitality for the Institute.” 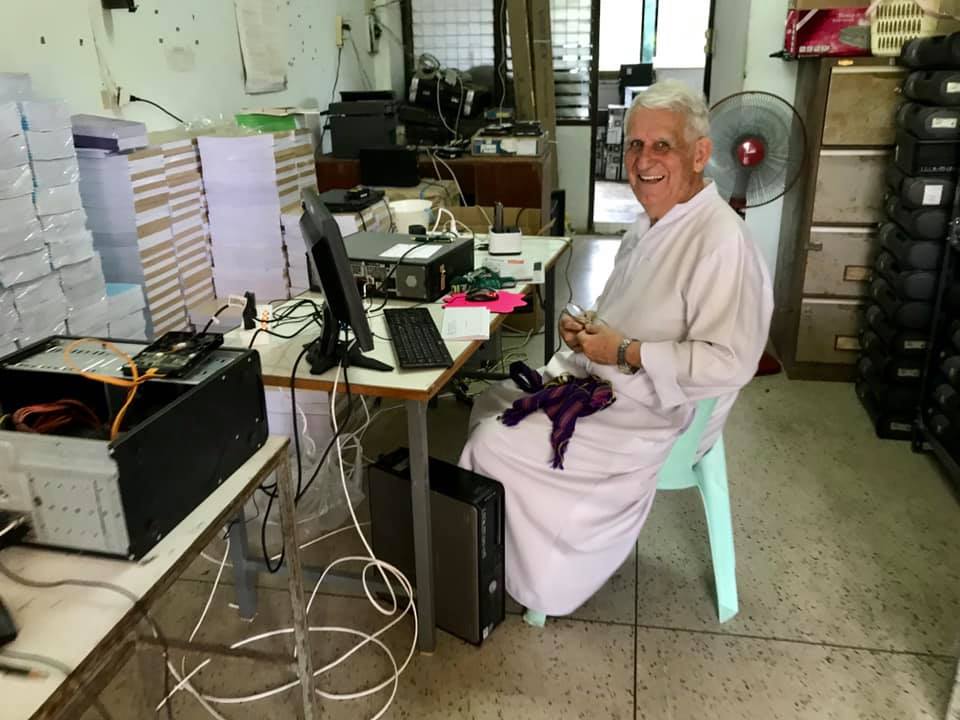 "O God, by whose favor your servant, Brother Victor, was called to the religious life and who witnessed to the message of salvation by his dedication to Christian education, grant that he may be admitted to your eternal friendship with those who have likewise zealously labored in Your Vineyard. We ask this through Christ, our Lord. Amen.”