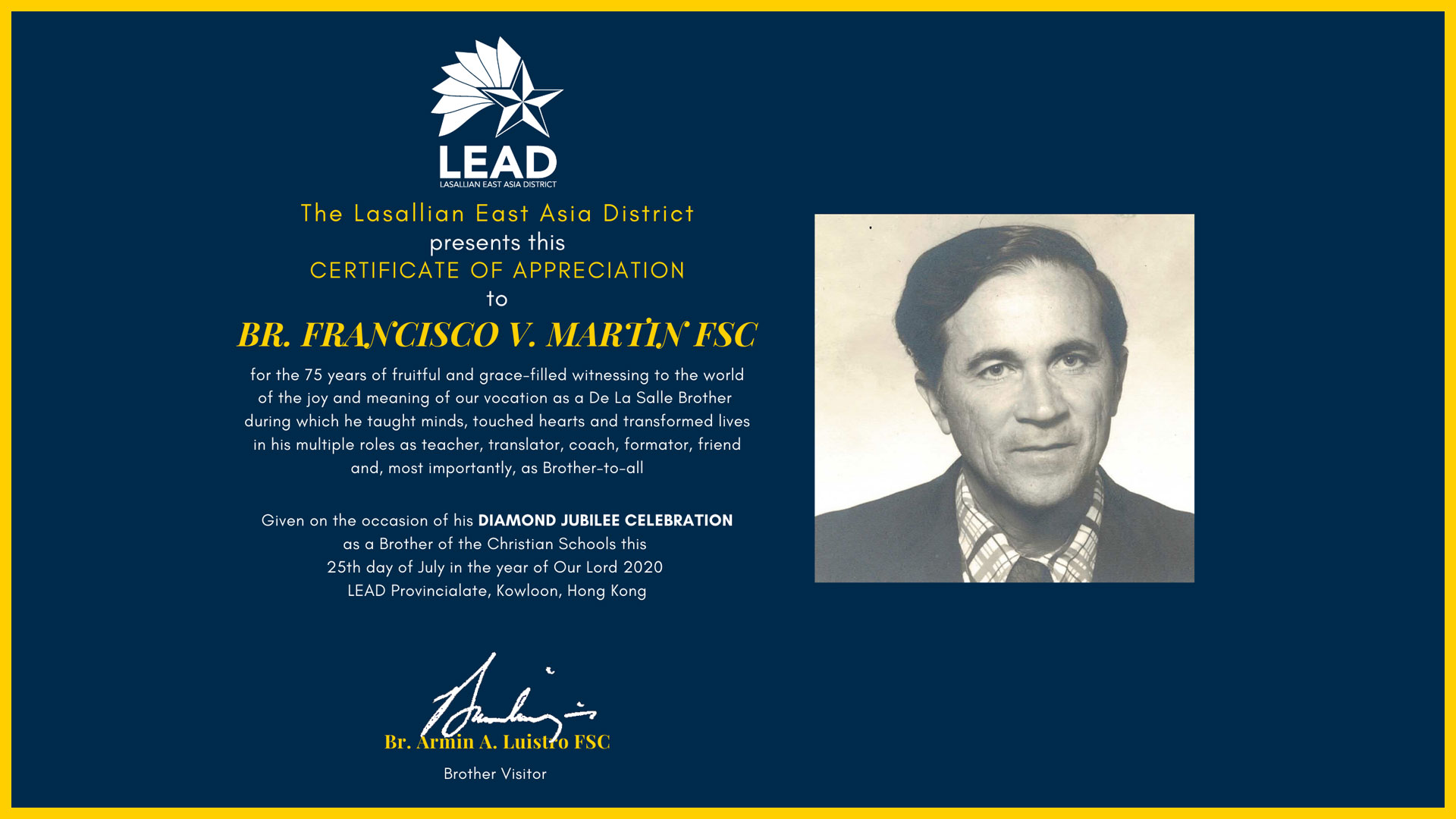 On July 25, Br. Francisco Martin FSC, a Cuban De La Salle Brother from the Baltimore District, will celebrate his 75th anniversary as a Brother. He offered himself to be a missionary to the Philippines in 1974. He taught Spanish and History of Religion at De La Salle University from 1975 to 1982. He has written a number of textbooks such as Lecturas para el Español III and Manual del laboratorio Español 1 para Comunicacion. He is currently in New Jersey and will have a simple ceremony on the 25th. (Photos: De La Salle Philippines Archives & De La Salle University Archives) 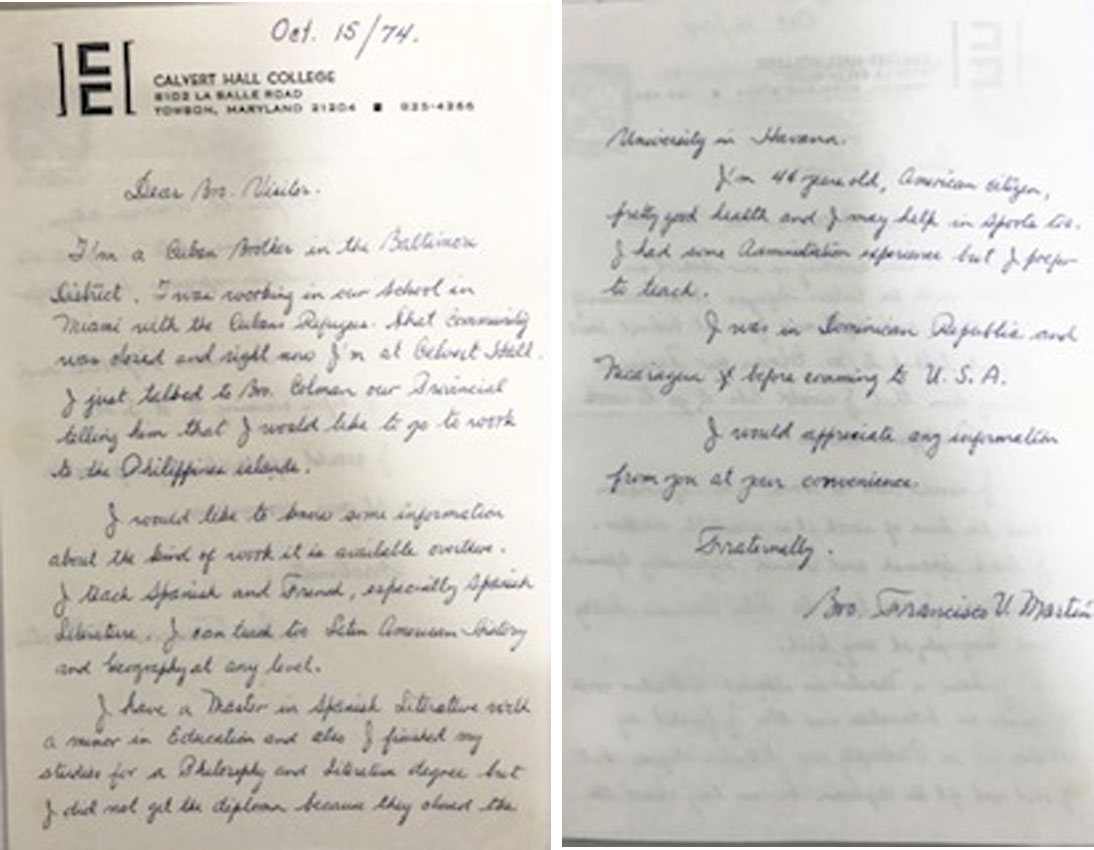 Br. Francisco’s letter to the Brother Visitor of the then District of the Philippines expressing his intention to work in the country 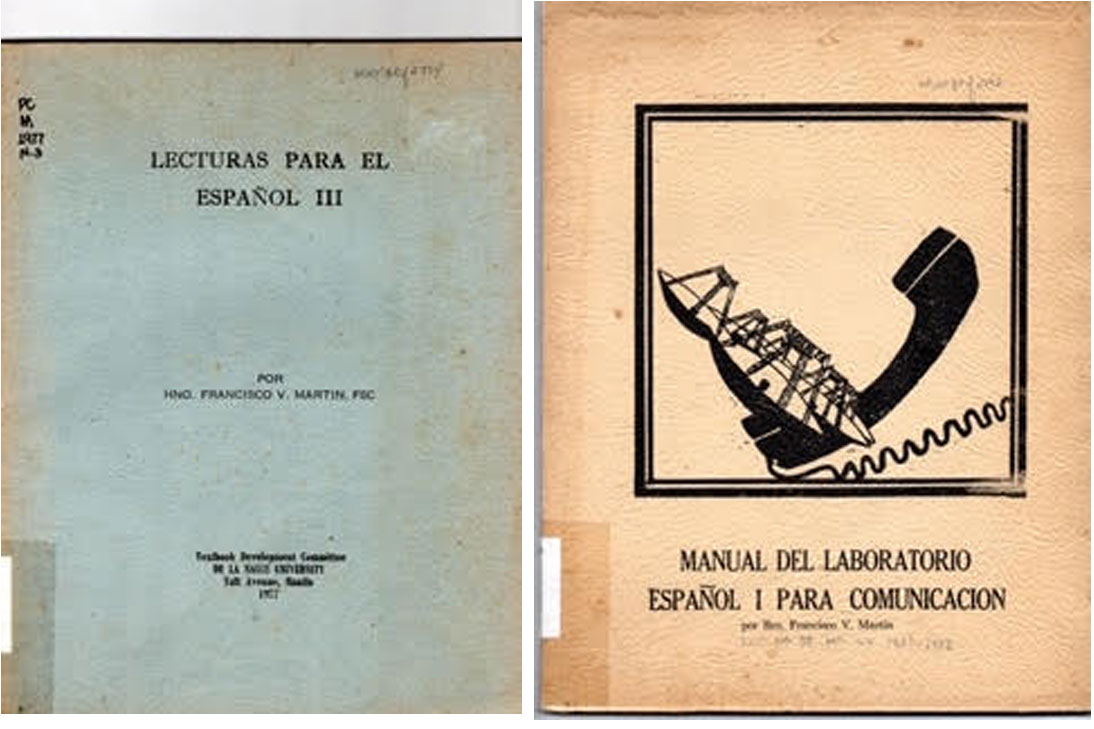