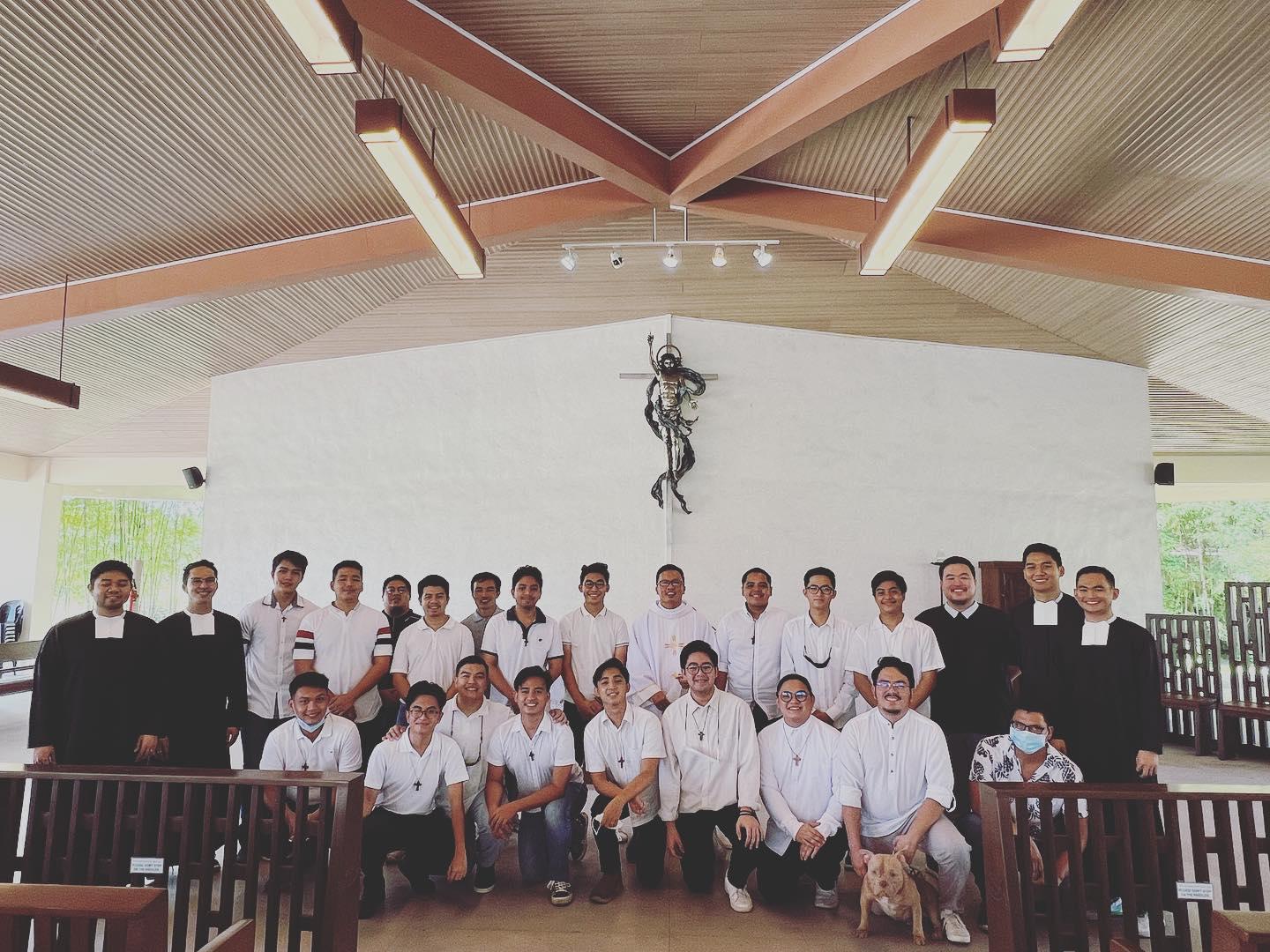 PHILIPPINES - An Aspirant of the De La Salle Brothers is someone who is considering that the life of the Brothers is a possible option in their lives. They aspire to mature as a human, as a spiritual person, and as a Christian.

On May 26-29, 2022, La Salle Academy, Iligan City, held the Visayas-Mindanao Aspirants’ Conference: A Nyel Experience. This was the first time in 2 years since the pandemic, that the Vocations Ministry Office organized the first in-person gathering of Aspirants. The conference invited the young Aspirants from La Salle Academy, La Salle University - Ozamiz, and University of Saint La Salle - Bacolod to ignite the flame within their journey to discernment. The conference was named after Adrian Nyel, a French Educator, who played a big role for our founder, Saint John Baptist De La Salle’s first step into being an educator. Adrian recruited the young priest to assist him in opening a parish school for the poverty-stricken boys.

The conference focused around this idea with different sessions and prayer services that guided the Aspirants. Taking a look back at their small yesses that led them to where they currently are, how Adrian Nyel’s invitation to our founder, reflects those invitations that the Aspirants experienced, and how they responded to those invitations. There were also sessions about the gifts each aspirant has and how they can use these gifts to help others. Just as Saint John Baptist De La Salle did when he used his gift which is teaching to help others.

The Aspirants from the different La Salle schools came together in La Salle Academy, Iligan City to settle down and prepare themselves for the conference. This is marked as the Day Zero of the program where the participants had an orientation for the rules, assigned rooms, responsibilities and duties, followed by a dinner at the Retreat House. They also had their community gathering that night where they got to know each other and to create that relationship that they currently have.

The conference officially started on May 27. During that day, aside from the prayers and sessions, the Brothers and Aspirants took the official photo of the conference. They did sports after, such as Frisbee and Volleyball where the Aspirants got into their competitive side and did friendly banter with each other. After the games, they were almost as if they had been together for years. On May 28, they celebrated God’s gifts in creation. The participants went to a beach where they could appreciate God’s creation and continue to establish the relationship that they had. Finally, on May 29, the participants both renewed or signed their Aspirancy contracts. The mass was held in the Holy Infancy Chapel in La Salle Academy.

Not only did the Aspirants learn more about their discernment, they also learned about how they can be helpful to others just as St. La Salle was. That the ultimate goal in each and everybody's life is to be a loving person as what Jesus had also taught. Nothing is more important than to love what we love and do everything that we do out of love.

Prayer For A Greater Calling 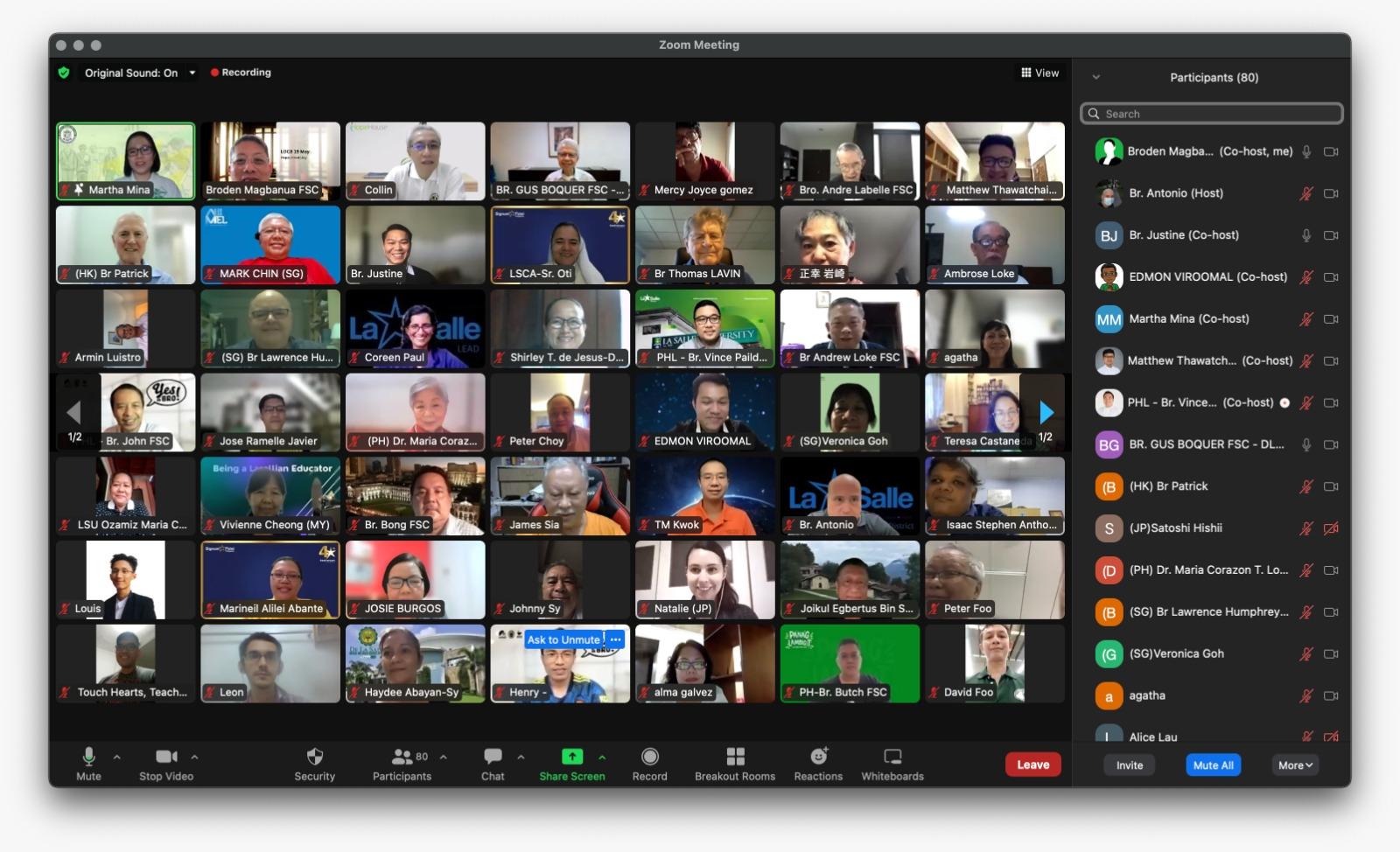 The LEAD Online Community gathered for the 8th time on May 15, 2022. The online gathering of Lasallians from LEAD coincides with the celebration of the Feast of the Founder. Br. Justine Nge Bo FSC of Myanmar led the Prayer Service. Within the prayer service, candidates from Myanmar played a song to help all participants reflect on the Gospel Reading. The intercessions were prayed in the different languages in LEAD. The activity was capped with a Breakout Room sharing that allowed participants to interact with other Lasallians. The participants are looking forward to the next LOC Gathering. (Text: Br. Vince Paildan FSC; Photos: Br. Dennis Magbanua FSC) 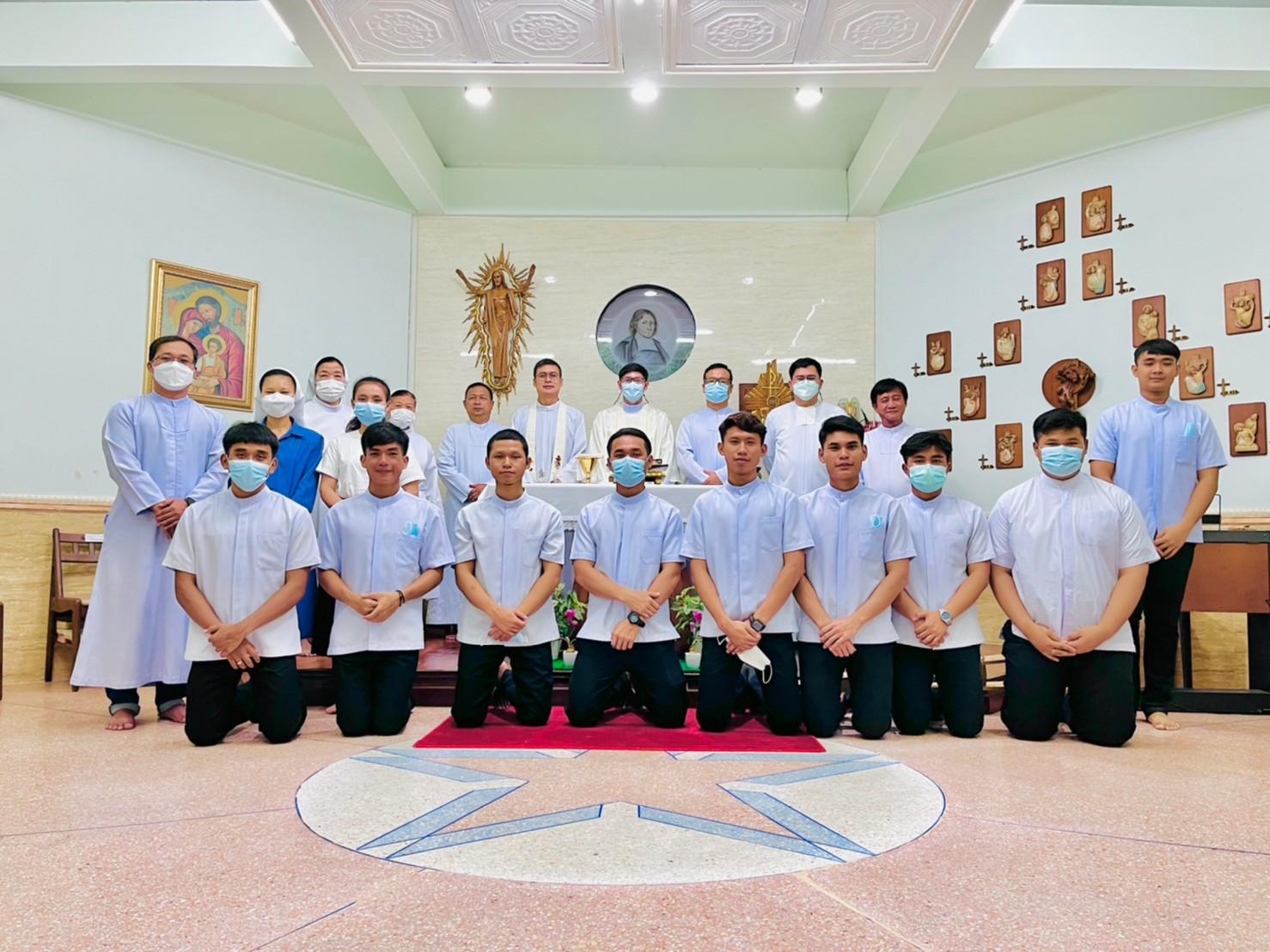 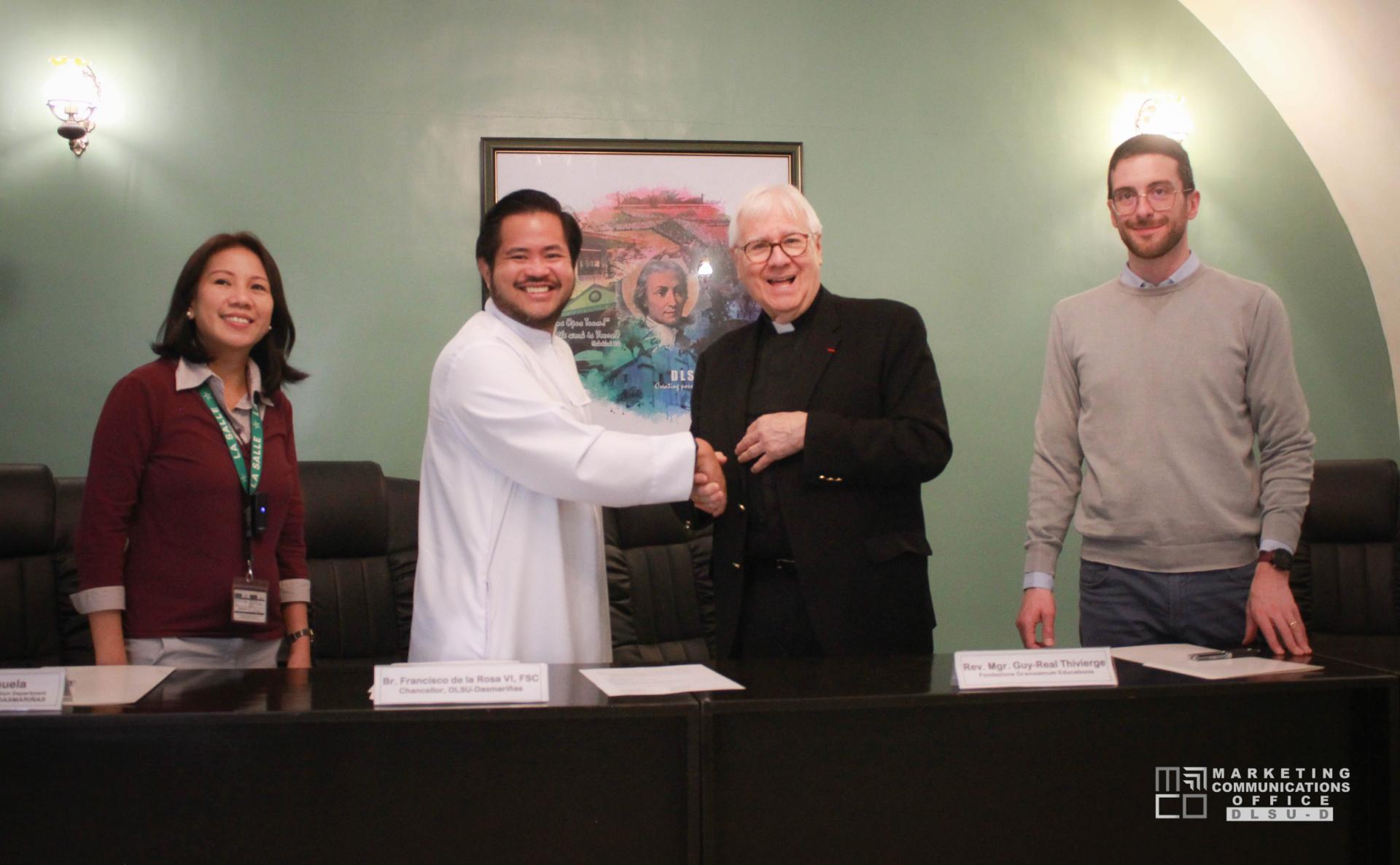 The educational project, spearheaded by the foundation and the Dicastery for Communication in Vatican City, aims to upgrade a network of Catholic universities that "understands, explores, and promotes the universality of the church" through the integration of young students' voices that direct toward the common good.

“In a nutshell, we want to bring the Filipino Christian culture in Rome and through the Vatican Communication Media System to the rest of the world,” Thivierge said 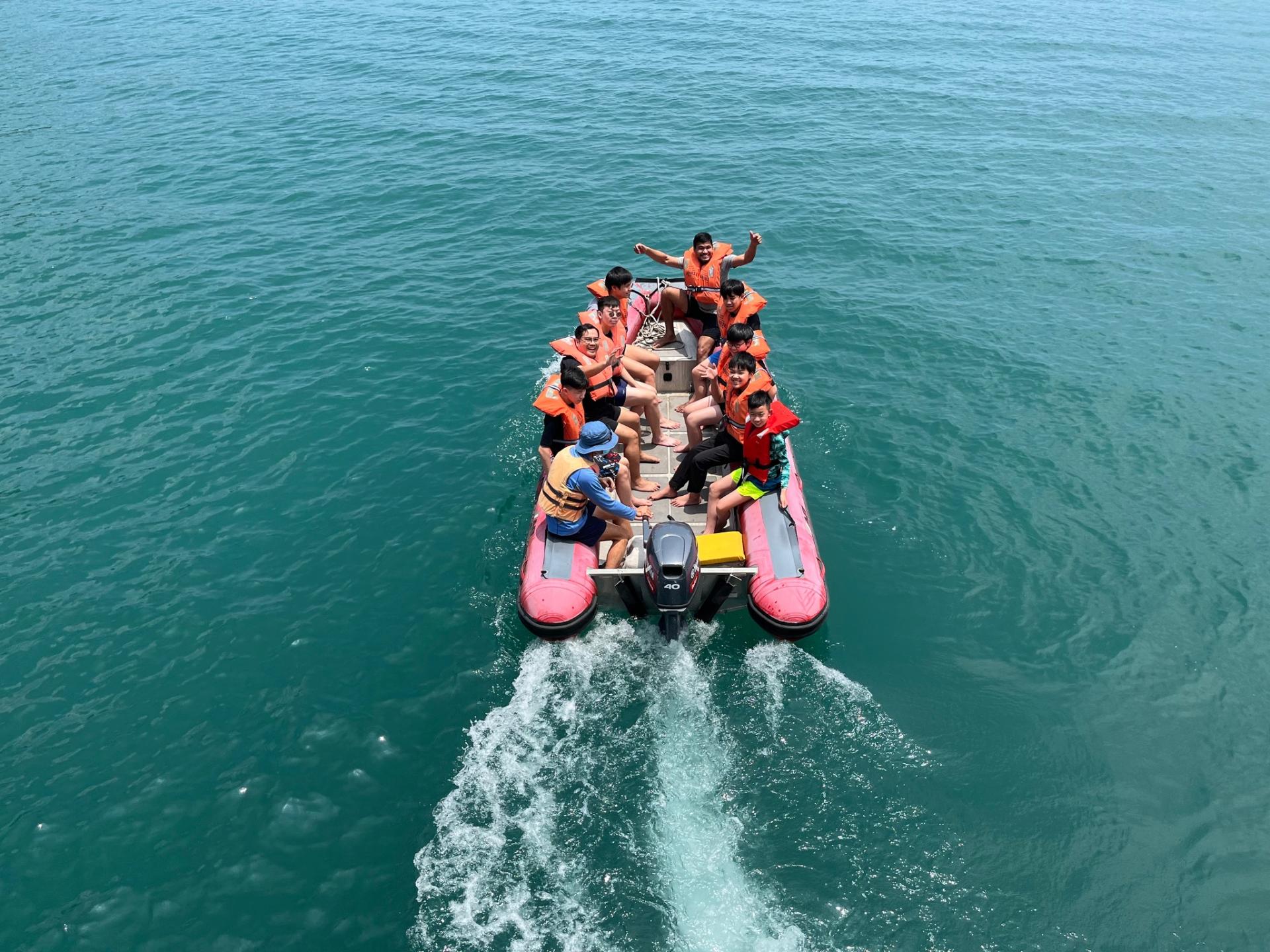 HONG KONG - Our boys in the Student Leadership Enhancement Program underwent a once-in-a-lifetime experience on the Adventureship over a two-day camp. The camp not only enhanced their collaborative skills and problem solving skills, but toughened their hearts to conquer every ill! (La Salle College Official Facebook Page) 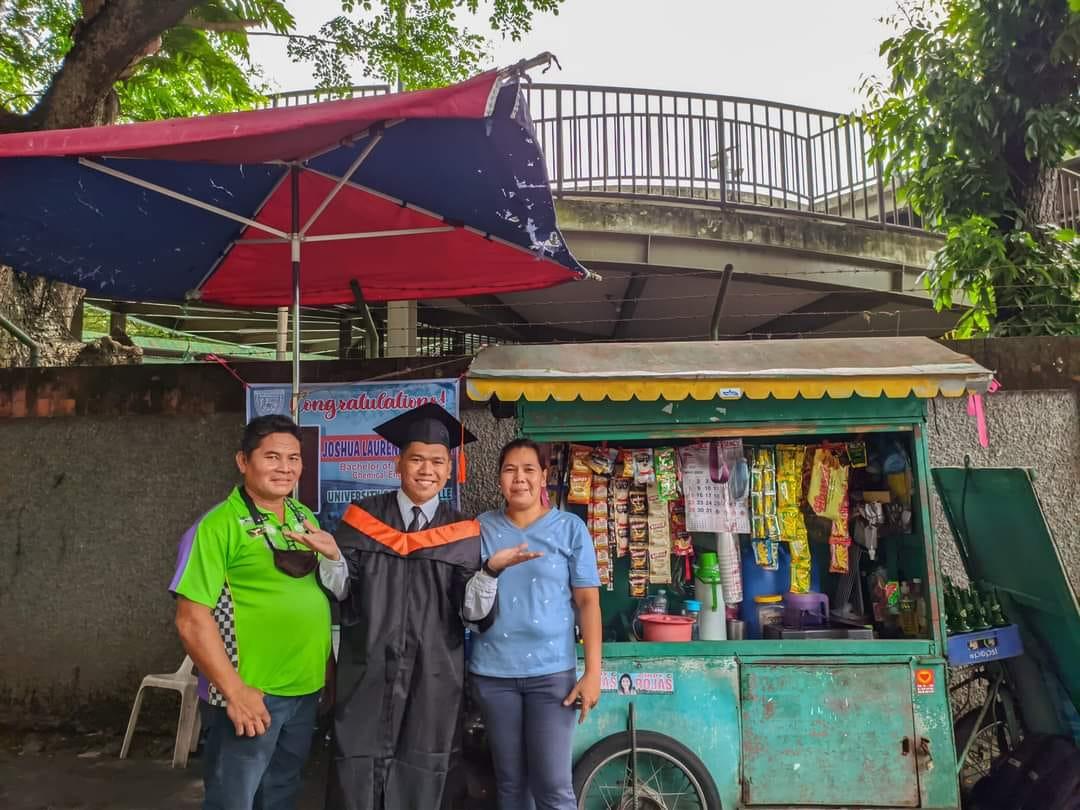 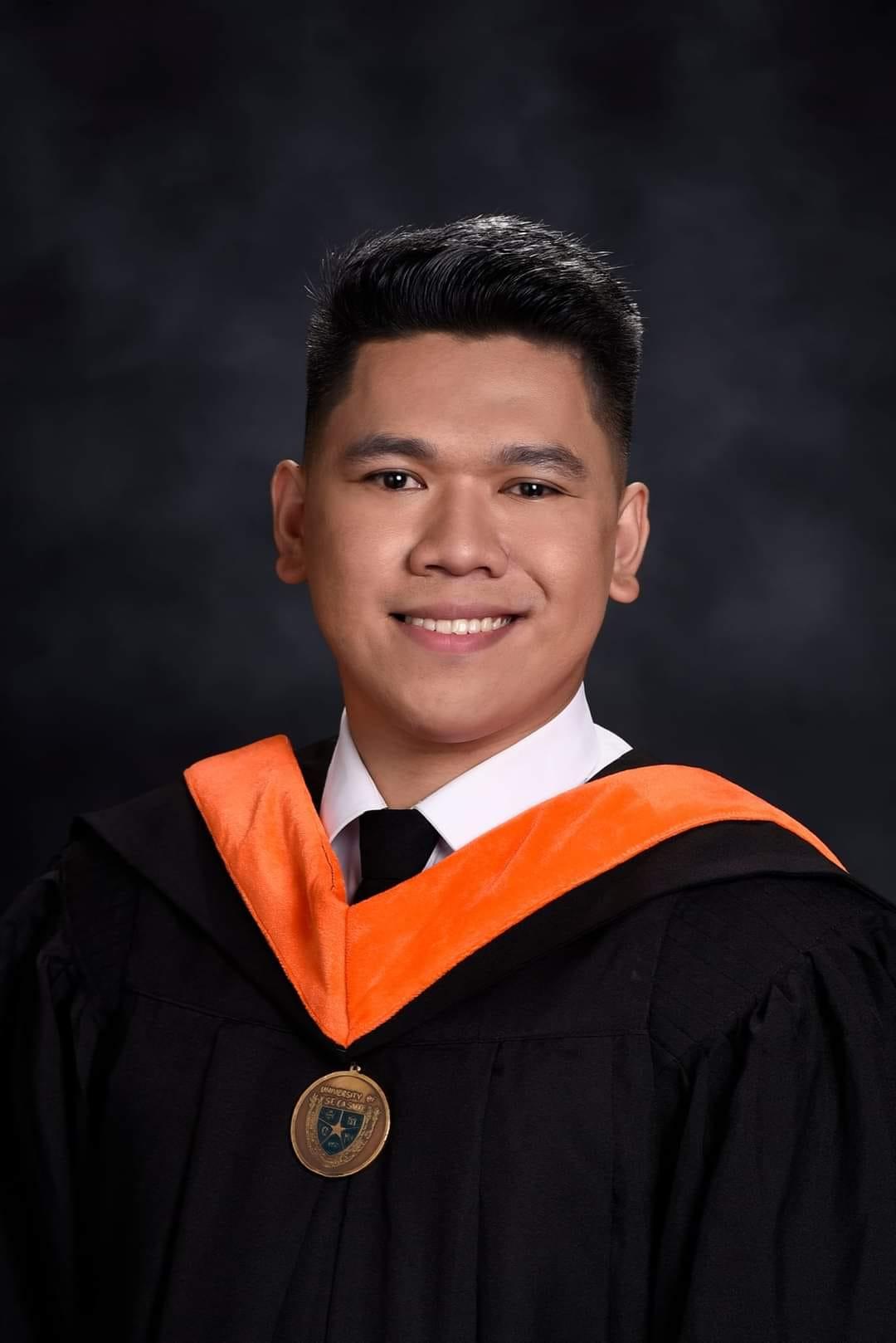 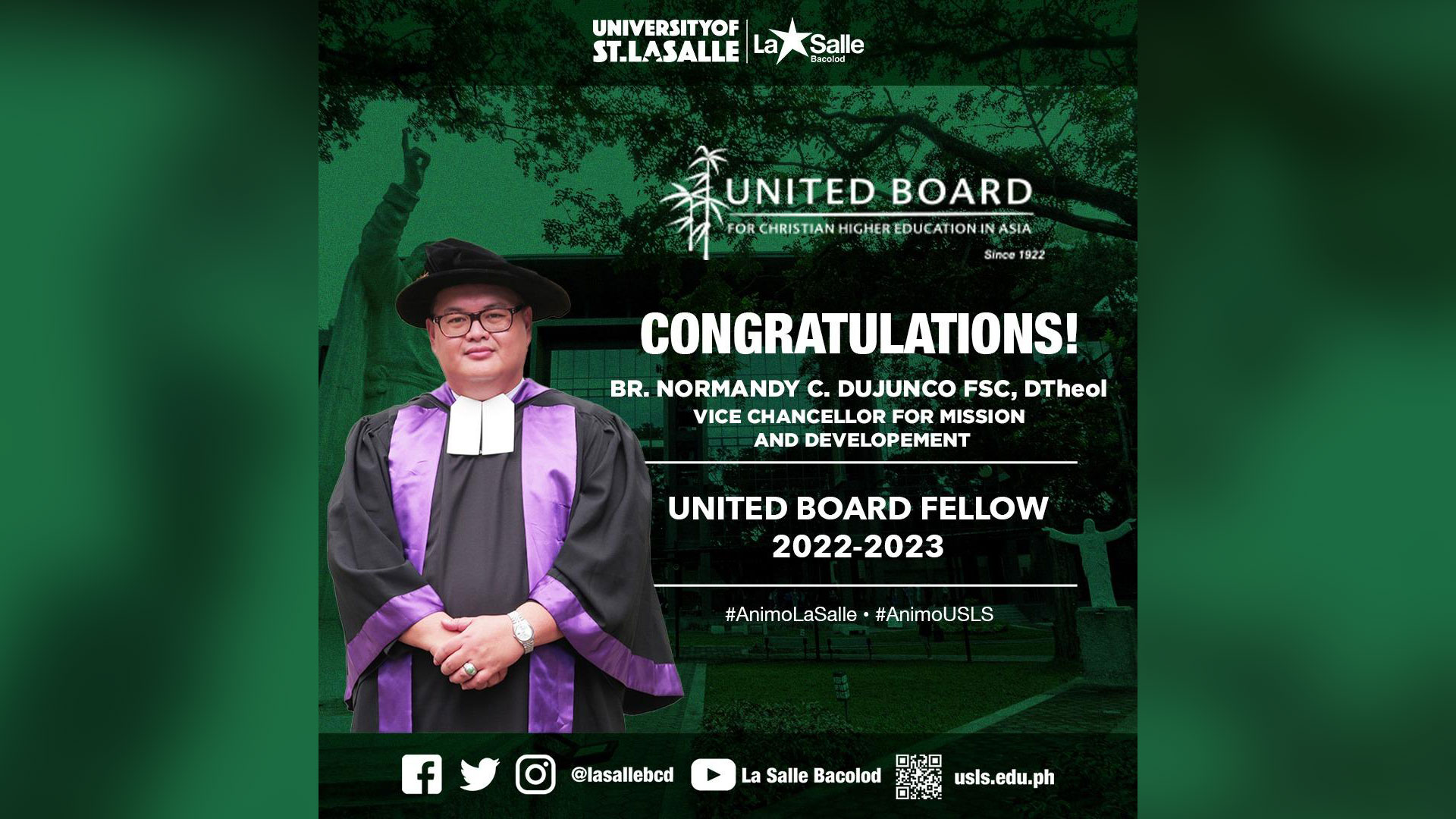 Fellow, United Board for Christian Higher Education in Asia (2022-2023)

“The United Board Fellows Program prepares talented mid-career faculty and administrators for leadership in universities and colleges in Asia through exposure to leadership ideas and practices in diverse university settings. The goal of the United Board Fellows Program is to build strong leadership for higher education institutions in Asia. Seeking to strengthen networks of young leaders in teaching, research, and service and promote understanding and commitment to wholeperson education in Asian colleges and universities.” 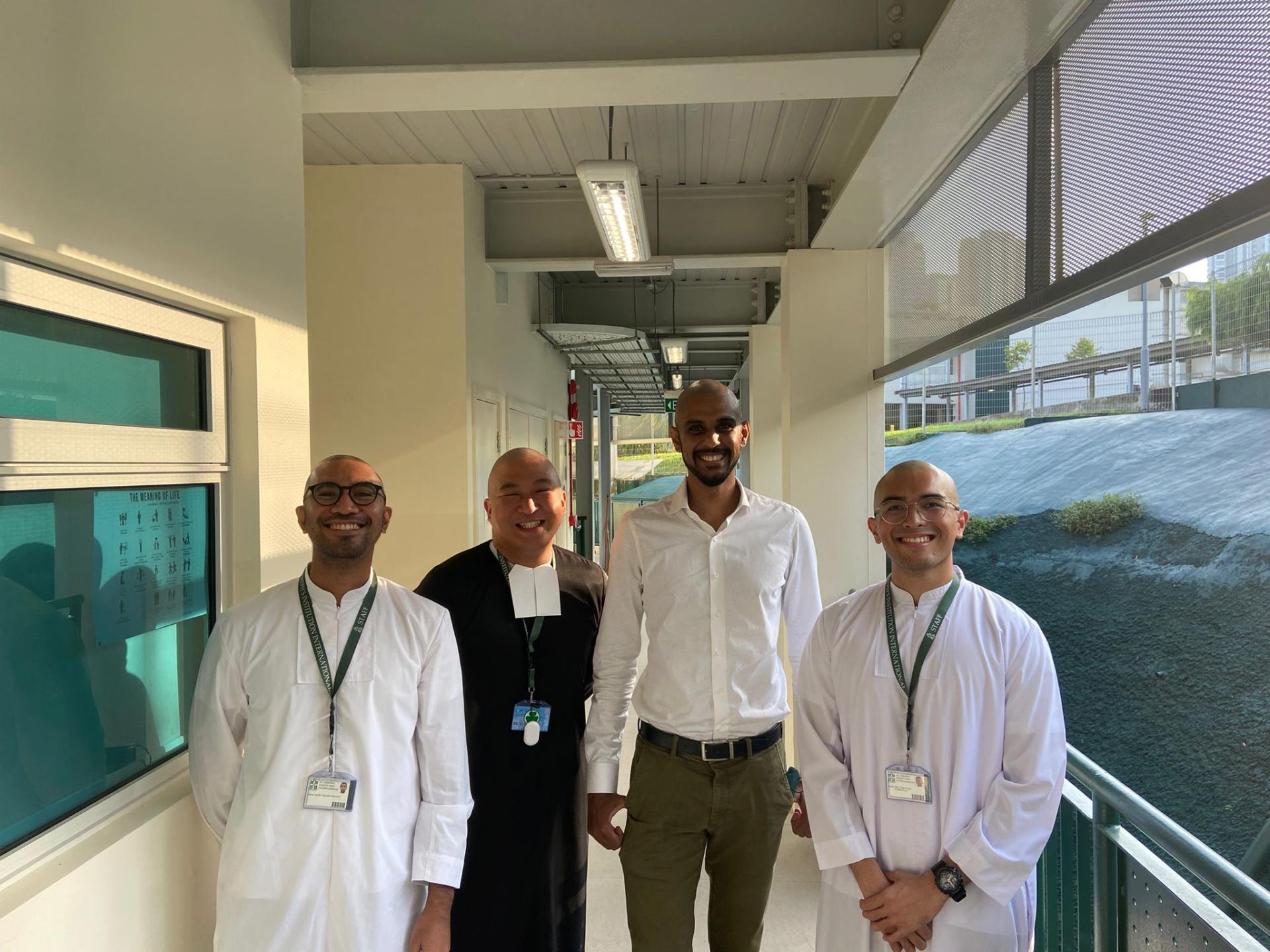 Thank you, gentlemen, for showing up to raise funds and awareness of this worthy cause! 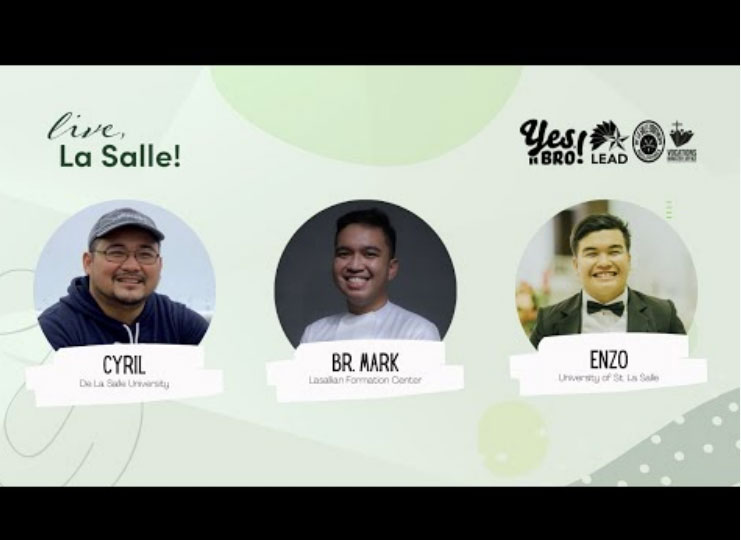 PHILIPPINES - “Live, La Salle!" seeks to highlight the limitless ways of living out our Lasallian Vocation in our schools and communities. For this month, we interviewed Br. Mark Basan II FSC from the Lasallian Formation Center, Mr. Cyril Lituañas from De La Salle University, and Mr. Enzo Ferraris, our Aspirant from the University of St. La Salle. Let us listen to their stories as they share with us how they live their Lasallian Vocation. 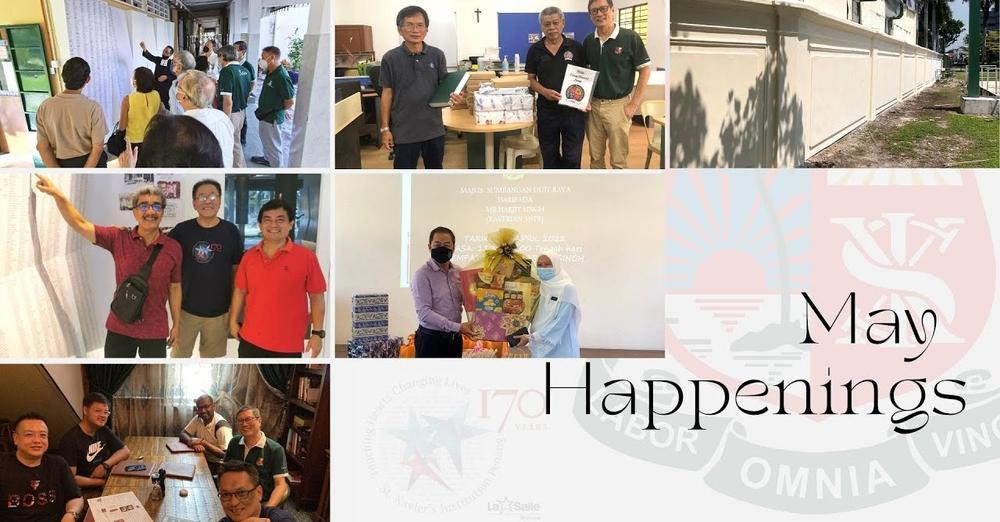 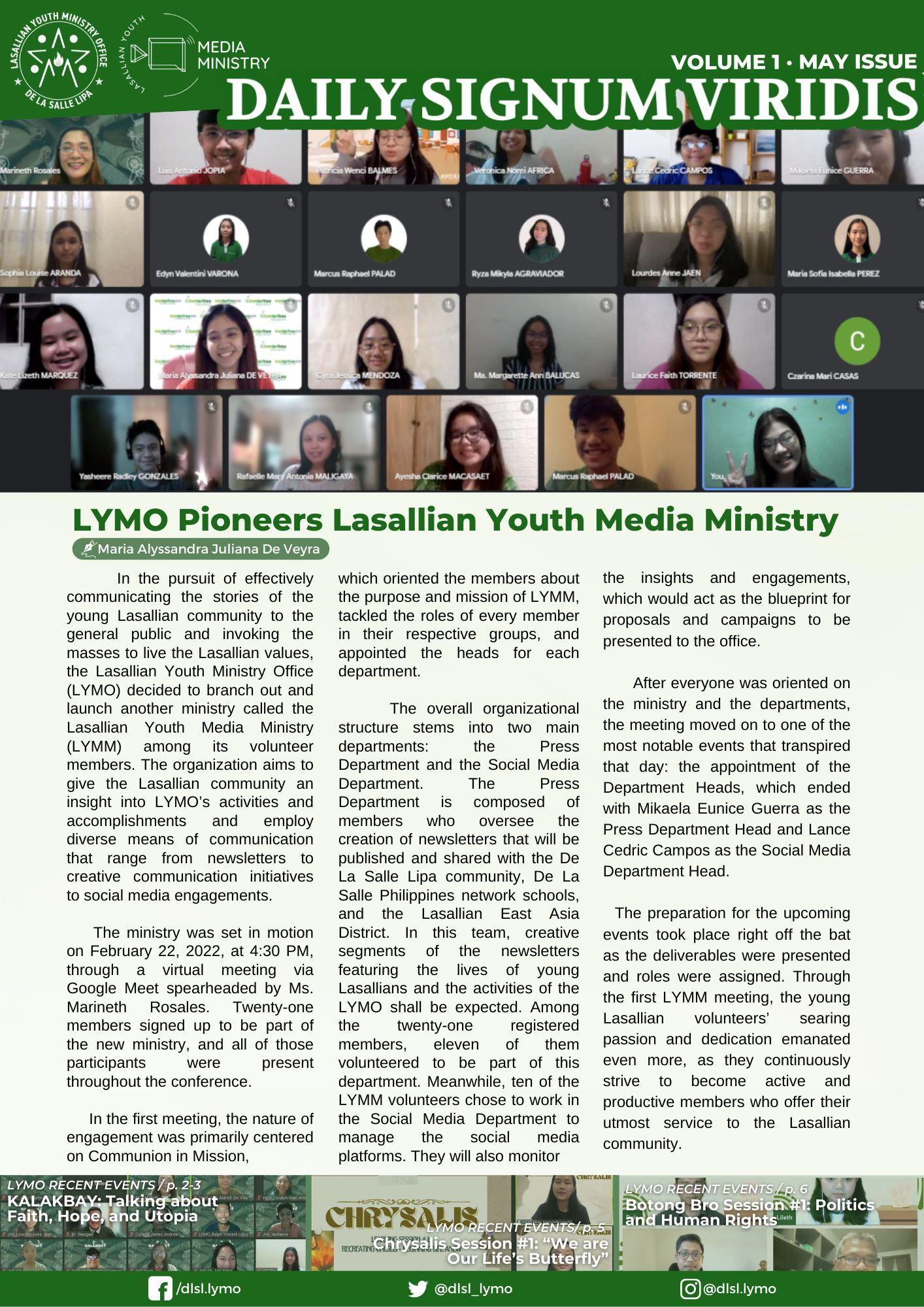 PHILIPPINES - Hey, Lasallians! Ready yourselves for this BREAKING NEWS!

The Daily Signum Viridis - our first ever newsletter from the newly founded Lasallian Youth Media Ministry has been finally released!

Signum [noun] and Viridis [noun] are both derived from Latin words, which then translate to sign and green, respectively.

With the intent of imparting the life and stories of Young Lasallians together with the ventures spearheaded by the Lasallian Youth Ministry Office, the columns on each page are for yours to look into and read so that you can establish daily what it also means to be a bearer of the Lasallian color.

WHO is LYMO?
WHAT do they do?
WHEN during the school year did they start initiating their activities?
WHERE do they implement all of their projects and programs?
WHY were they inspired to start their ministries?
HOW did LYMO start?

Looking to find where you can access our newsletter? We’ve got you covered on this. We give you the The Daily Signum Viridis realness!

The LYMO is one with its ministries in hoping that these articles could help you (yes, you, our fellow Young Lasallians) to discover the faith in God and the need for service!

We are so grateful to have you here. You’re more than welcome to join us once again for our next newsletter publishing!

Follow our official LYMO social media accounts to keep up with the latest updates: