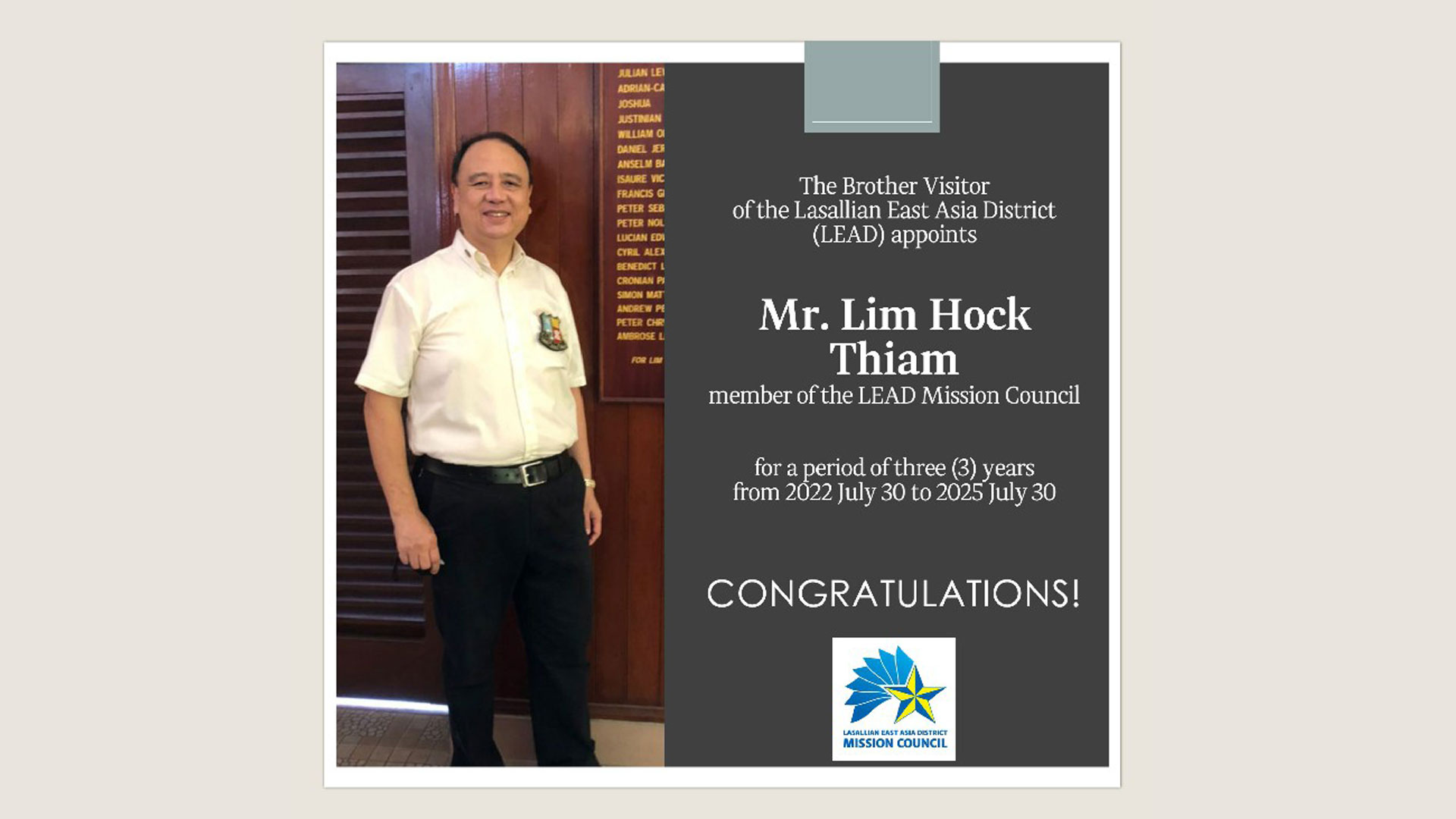 The Brother Visitor of the Lasallian East Asia District (LEAD) appoints Mr. Lim Hock Thiam as a member of the LEAD Mission Council for a period of three (3) years from 2022 July 30 to 2025 July 30.

Mr. Lim is a 3rd generation Lasallian. He attended St. Xavier's Institution in Penang, Malaysia, as did his father and grandfather. After returning from the UK, he was active in the Xaverian Club of Kuala Lumpur (XCKL) and was its President for two terms, from 2009 to 2013. He also served as the Honorary Treasurer of the Malaysian Association of Lasallian Alumni Association (MFOLSAA) from 2010 to 2021. Professionally, he is a Fellow of the Institute of Chartered Accountants in England and Wales (ICAEW), and a Fellow of the Malaysian Institute of Accountants (MIA).