FSC Retreat And Renewal Of Vows In Myanmar 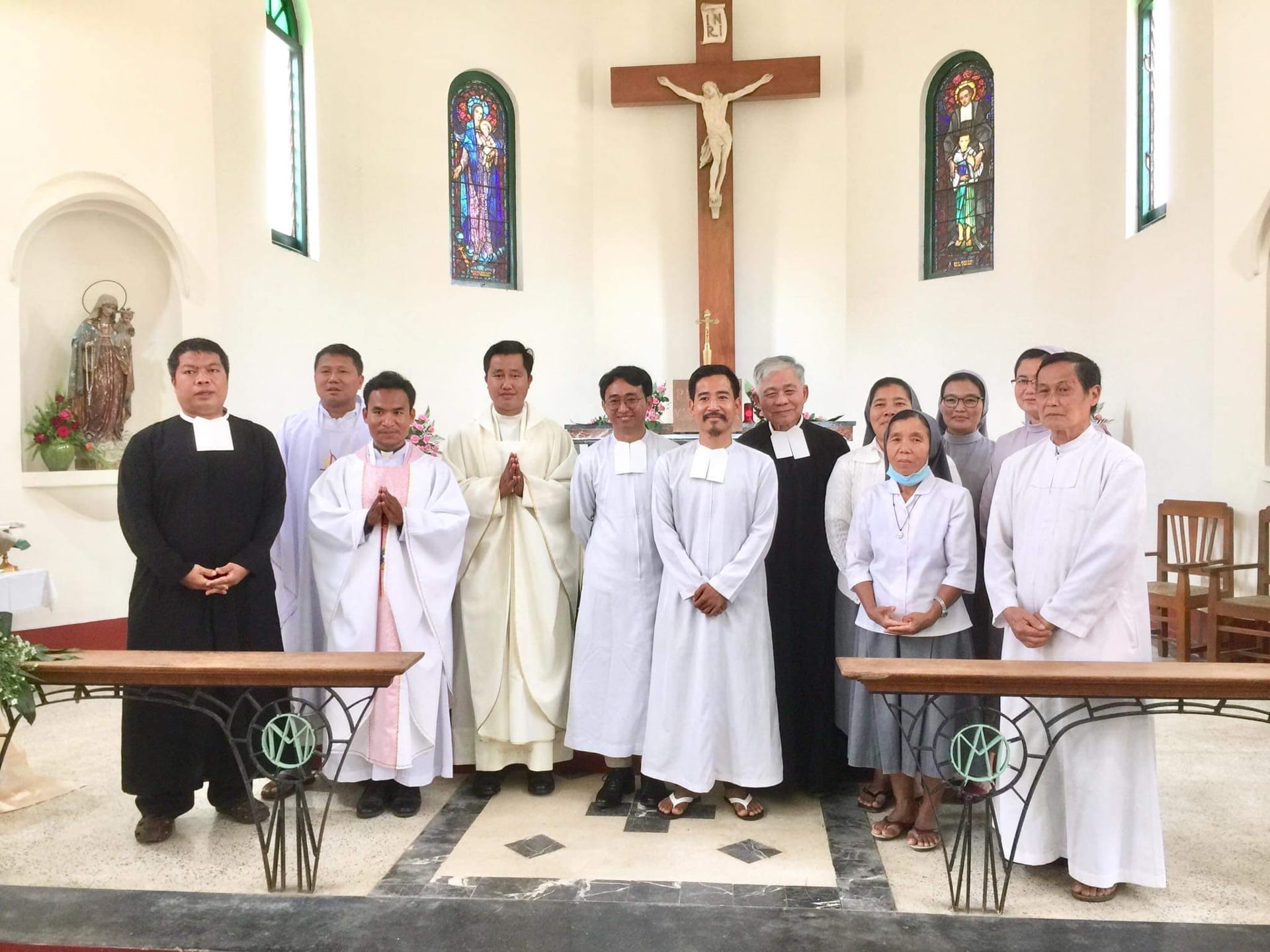 MYANMAR - Following the plan of LEAD, the Brothers in Myanmar made their retreat during the Holy Week, Holy Thursday-Holy Saturday, 2022 April 14 to 16. The locations were in Yangon and Pyin Oo Lwin. Br Justine Nge Bo FSC renewed his annual vows in Yangon soon after the retreat but in Pyin Oo Lwin (May Myo), the renewal of vows of consecration was held only on the Octave Saturday of Easter, April 23 in the La Salle Juniorate Chapel. The parish priest of the Sacred Heart, Fr. Yan Naung, and two other priests, Frs. Anthony and Peter, led the liturgy. The invited guests were Franciscan and St. Joseph’s Sisters, their Novices and Aspirants in the parish, and also the youth of Sacred Heart Parish. The Aspirants of the Brothers led the choir.

At the renewal of the consecration of vows, Br. John Win Kyaw FSC made his Perpetual Vows and Br. Lucas Ah Do FSC made his annual renewal with Br. Hilary as their witness. Br. Noel accepted their vows in the name of the LEAD leaders and Br. Superior General of the Institute. Lunch was served to all visitors.

To boost up the morale and cooperation work of the youth in the parish, the Priests and Brothers organised a soccer competition in the afternoon of the profession day at the playground of the Brothers, where three teams took part. Actually, it was quite a gathering. A trophy was given to the winning team and also special awards for the outstanding players. Thanks to the LEAD coordinators for the three days of retreat. Thanks also to the facilitators/resource speakers: Br. Bernard FSC, Br. Ernest FSC, and Br. Peter FSC. (Text: Br. Hilary Htu Kyi FSC; Photos: Polycarp - Come and See Program)