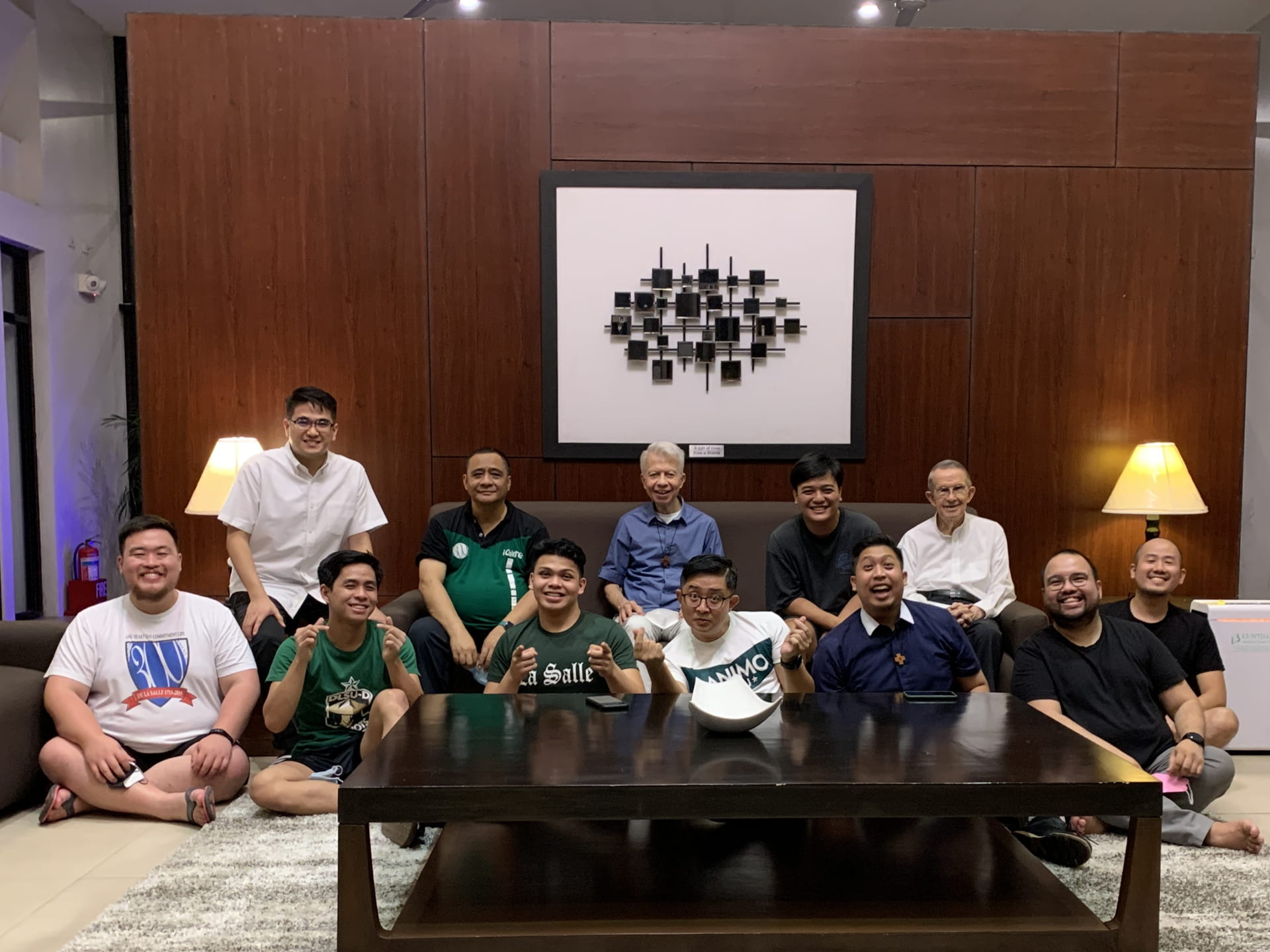 PHILIPPINES - Finally after years of hiatus, the Brothers Live-In Program (BLIP) resumed at the Residencia De La Salle last March 20–26. The program had four participants, AJ Remorosa and Reine Cruz from De La Salle University – Dasmariñas and Karlo Dayawon and Lee Asuncion from De La Salle Medical and Health Sciences Institute. Not only was it an activity to facilitate vocation discernment, it was also a project where the members of the community contributed and worked together.

After the participants cleared the safety thresholds, their sessions began right away. Their first session was with Br. Jun Estrellas on the basics of prayer. The next session was a walk with Br. Gus at the Annex Property of DLSMHSI where he shared his experiences and reflections on the Lasallian Mission. The dining area (lobby) was inspiringly noisy and the community chapel was full again.

During the day, the Brothers and the participants went on with their usual grind of work and studies but after dinner there were sessions as well. Br. Sockie facilitated a discussion on the basics of discernment. Br. André was also very present and engaged the participants during meal times. The BLIP staff – Br. Arian, Br. Marvin and Br. Aikee shared their personal stories. Br. Weegee from the De La Salle Lipa Brothers Community also joined and presented the formation journey of a Brother. There was a province- wide holiday within the BLIP week so we took the chance to have a peek into the Shrine of St. John Baptist de La Salle at the Laguna Campus of De La Salle University. (Text & Photos: Br. Aikee Esmeli FSC)

Here are some of the messages of the participants to the Brothers community:

“I would like to thank you, the Brothers, for sharing your stories to me. Your stories were full of reflection, a lot of learnings and it touched my heart.”

“I would like to thank you for giving me this opportunity to remember God’s presence in my heart. This program opened my eyes once again that I am worthy to feel his love and compassion.”