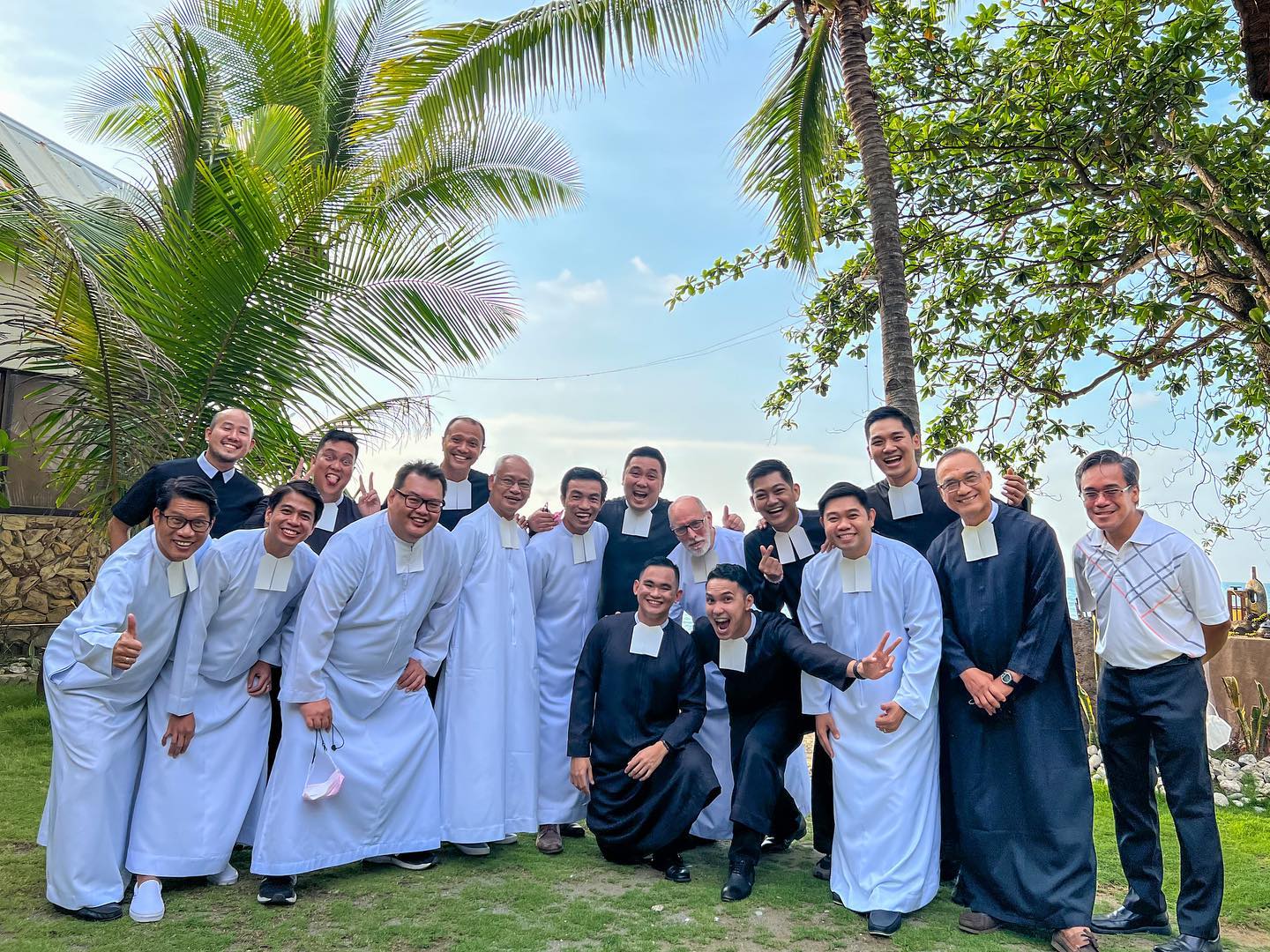 PHILIPPINES - Holy Week Retreat is one of the most important events of the Brothers in the Philippines. Normally, the Brothers in the sector or district would gather together at a specified location for days of sessions, reflections, prayers, and liturgical celebrations. However, due to the COVID-19 pandemic, the Holy Week Retreat in the Lasallian East Asia District was held by clusters this year with a common theme of “Building New Paths to Transform Lives.” In the Philippines, the Holy Week Retreat was divided into three clusters, based on geographical respective locations.

The Visayas and Mindanao cluster comprised of the Bacolod Brothers’ Community, the Ozamiz Brothers’ Community, and the Holy Infancy Brothers’ Community (Iligan), together with Br. Mikey Cua FSC, held its Holy Week Retreat at Chali Beach Resort and Conference Center in Cugman, Cagayan De Oro City, Misamis Oriental, from April 10 to April 17, 2022. The majority of the Brothers arrived on Palm Sunday, April 10, 2022, at the venue, but the entire group was completed on Holy Tuesday, a day before the official commencement of the retreat sessions.

Each day from Holy Wednesday until Black Saturday, a prayer service prepared by the Lasallian Formation Center began the session. On Holy Wednesday, a short sharing of experiences and reflections based on the Gospel was followed by the Brothers, while for Maundy Thursday until Black Saturday, the Brothers were divided into three groups based on the age group for the sessions. Each group was given a modular style of video-recorded sessions and reflective activities facilitated by a speaker. The Senior Brothers listened to the session of Br. Bernard LoCoco FSC of SFNO. The Middle-Aged Brothers’ session was facilitated by Br. Ernest Miller FSC of DENA. The Young Brothers had Br. Peter Ryan FSC of ANZPPNG as their speaker.

As members of the Catholic Church commemorating the Paschal Mysteries, the Brothers participated in the usual liturgical services. On Holy Wednesday, a simple Mass was celebrated in the chapel of the resort, with an invited local priest as the presider. On Maundy Thursday, the Brothers attended the Mass of the Lord’s Supper at the San Vicente Ferrer Parish near the venue. On Good Friday, while some Brothers visited the Archdiocesan Shrine of Divine Mercy at El Salvador, Misamis Oriental for the Veneration of the Cross and Communion, other Brothers stayed and celebrated the same liturgies at the San Vicente Ferrer Parish. Finally, the Brothers welcomed the Risen Christ during the Easter Vigil, still at the San Vicente Ferrer Parish together with the rest of the parishioners. Brothers Irwin Anthony Climaco FSC, Michael Vincent Roli Paildan FSC, Henry Gyi FSC, Ivan Karlo Umali FSC, Jeanoel Endaya FSC, and Abram Michael De Leon FSC renewed their vows thereafter in the chapel of the Chali Beach Resort and Conference Center in the presence of the rest of the Brothers. The Young Brothers’ renewal of vows was accepted by Br. Mandy Dujunco FSC on behalf of the community directors.

While the Holy Week Retreat of the Brothers ended on Easter Sunday, the Good News of the Risen Lord remains in each Brother’s spirit as the Brothers continue to be renewed in building paths of transformation for the sake of the mission. (Text: Br. Ivan Umali FSC; Photos: De La Salle Brothers - Bacolod Official Facebook Page)