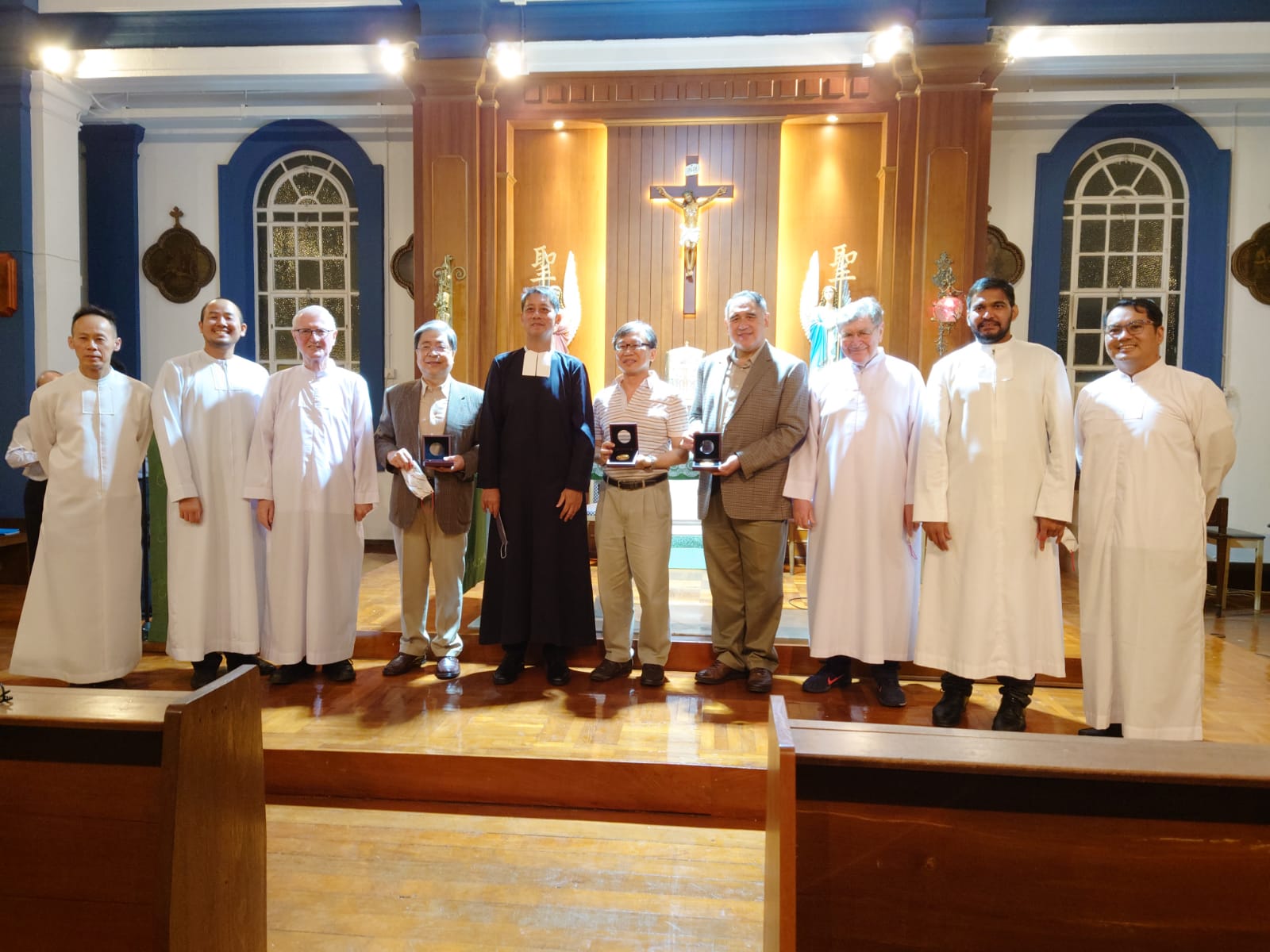 HONG KONG - A special Mass of thanksgiving commemorating the centenary of the establishment of the legal entity of the De La Salle Brothers in Hong Kong was held on the 6th November 2021 in the school chapel of St. Joseph’s College. A large gathering of the Hong Kong Lasallian Family attended.

Although the Brothers arrived in 1875, it took 46 years for them to become a separate legal entity. Up to that time, we were a Catholic Mission school, under the auspices of the Bishop.

As of 4th November 1921, the Brothers became a legal entity under the title ‘The Director in Hong Kong of St. Joseph’s College.’ In this way, we had to stand on our own feet as it were. It also indicated that the Brothers were fully committed to educational development in Hong Kong. The legal title was also given as a ‘Corporation Sole’ and our legal advisers assure us that today it is a rare and privileged status.

The man who brought this all about was none other than Brother Aimar Sauron, who played a significant role in the development o f Lasallian education in Hong Kong.

Brother Patrick has officially handed over the legal status to Brother Dennis Magbanua and we wish him well in his new role.

At the end of the Mass, there was a special ceremony awarding medallions of the Founder to three of the early members of the Hong Kong Lasallian Education Council (LEC). They are Mr. Nicholas Ng, Mr. Lester Huang and Mr. Chris Lau.

Finally, the celebrant priest, Father Carlos Cheung, had a pleasant surprise for his school day Primary Principal Mr. YC Yung. Since Father Carlos had just returned from Rome, he brought along a special blessing from the Pope to Mr. Yung and his family. (Text: Br. Pat Tierney FSC; Photo: Mr. Paul Tam)