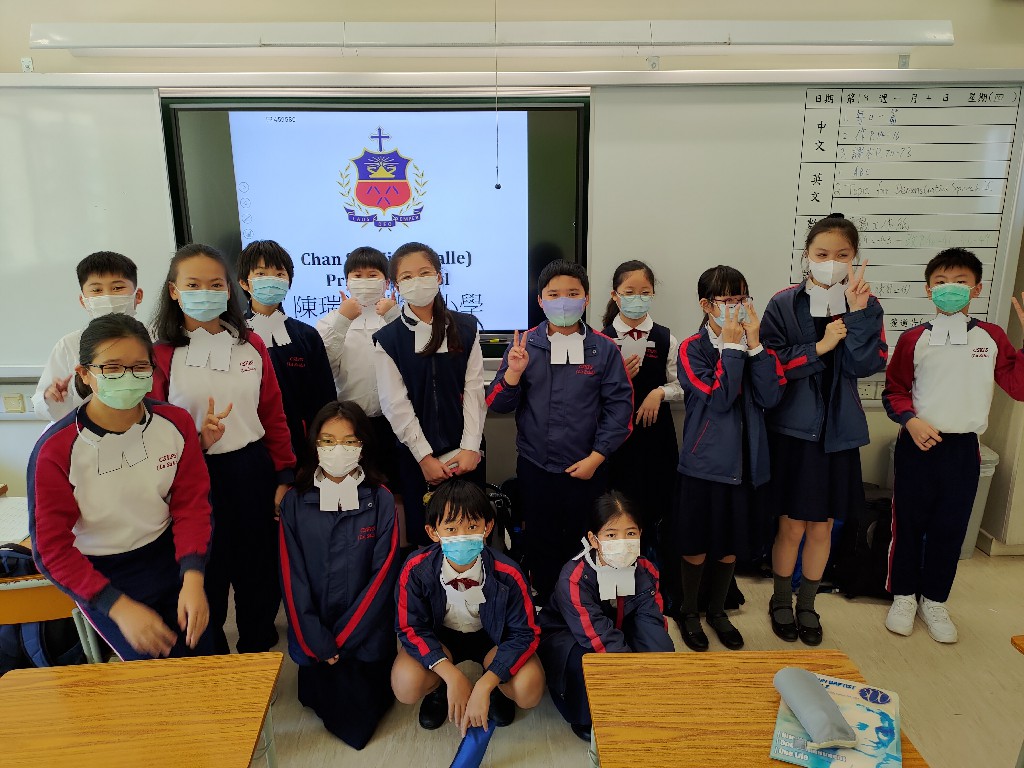 HONG KONG – ‘Go Faith!’ is a weekly extra- curricular activity in Chan Sui Ki (La Salle) Primary School (CSKPS) where a group of Primary 4-6 students learn about the Catholic faith and the Lasallian heritage. A big majority of the class are not Catholics, so most of the topics are new to them.

Aside from learning prayers and Bible stories, certain periods are dedicated to learning the Lasallian tradition and identity. Students are introduced to the life of the Founder, St. John Baptist de La Salle, as well as learning about the De La Salle Brothers, the Lasallian East Asia District (LEAD), and the 8 La Salle schools in Hong Kong. They carry out numerous activities, like playing an improvised board game with questions on the life of the Founder, matching pairs of school logos (also called Pelmanism game), and even crafting their own paper rabat*. They also learn that they are part of a worldwide network of Lasallian schools, present in 79 countries around the world.

It is hoped that through these activities, the students will learn to appreciate what it means to be a Lasallian. Each one of them plays a significant role in promoting the Lasallian mission, spreading the Lasallian values, and following the footsteps of St. John Baptist de La Salle. (Text & Photos: Br. Mikey Cua FSC)

*RABAT – Part of the official religious habit worn by Brothers together with the black or white robe. It looks like a white ‘bib’ which is similar to that worn by judges and barristers.