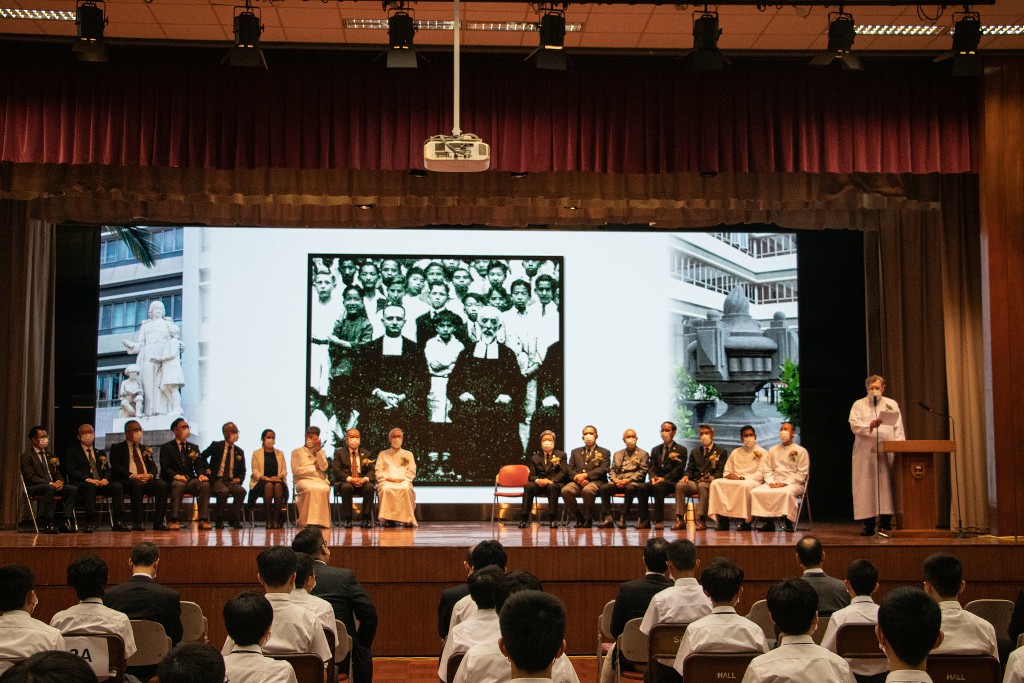 HONG KONG - The Kick-off Ceremony on 10 September marked the official launch of activities and events to celebrate the 90th anniversary of La Salle College.

The ceremony was simple but solemn. Brother Thomas reminded the assembly about how the college was started by Brother Aimar 90 years ago, and how Brother Cassian took headship after the war.

Caleb Chung, the one who designed the 90th anniversary logo, was given recognition. It was followed by LSC IMC members giving the 90th anniversary pins to the student representatives. Mr Tong, the school principal, shared about the Lasallian spirit of Faith, Service and Community.

The ceremony ended when over 200 guests and students blew their party poppers at the same time! (La Salle College Official Facebook Page) 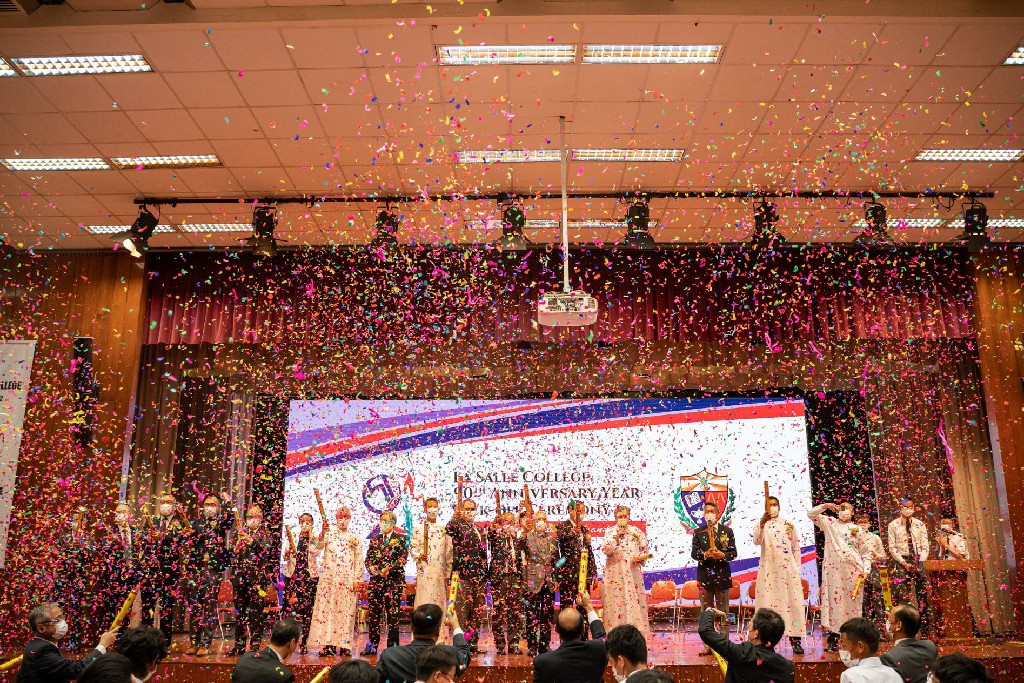