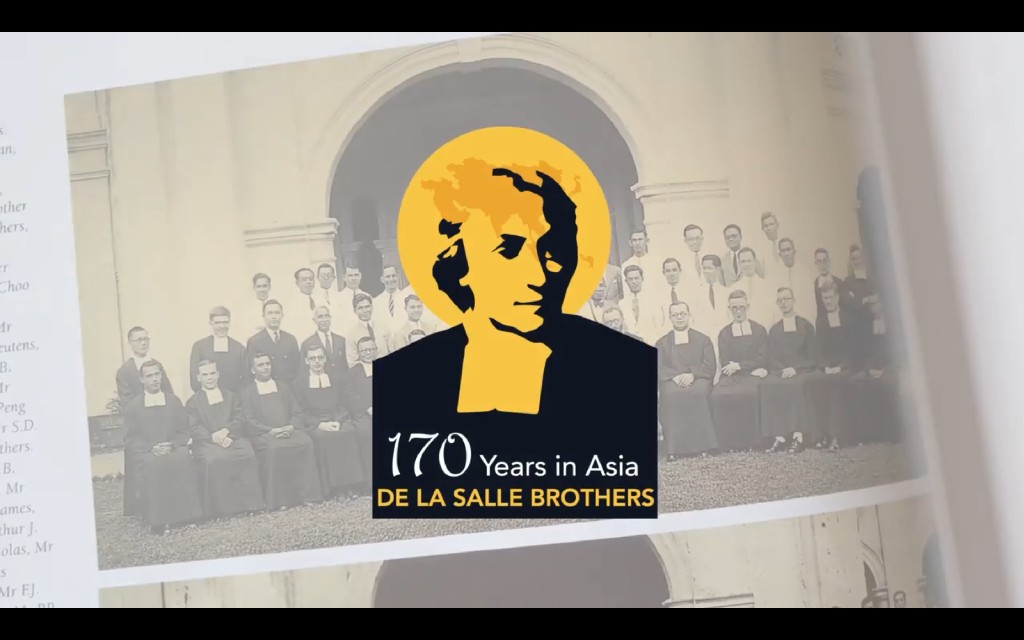 SINGAPORE - In view of the pandemic restrictions, representatives of the Singapore Lasallian family gathered at the Cathedral of the Good Shepherd on 2022 March 29, on the very day that the first pioneering 6 Brothers arrived in Singapore in 1852. Thus began the Lasallian presence in Asia. One of the six Brothers who arrived, Bro Switbert, is buried in the grounds of the cathedral with a memorial plaque on a wall of the cathedral.

The Mass began with the entrance procession of the school flags of the 8 schools and the framed picture of HopeHouse. The hymns sung at the Mass were pre-recorded of the voices and the faces of teachers and students from the schools.

The Chairmen of the governing boards, school leaders, teachers, parents, students, alumni and the Lynksters (Lasallian Youth) gathered for the eucharist to thank the Lord for the many Brothers and partners who gave their lives and contributed to nation-building and character-formation.

Archbishop William Goh presiding at the Mass thanked the Brothers for their work of forming many generations of Singaporeans. He also cited that a large percentage of converts to the Catholic Church were mainly from Catholic schools and also that the largest number of priests in the archdiocese were those who had a Lasallian education. Archbishop William Goh encouraged the Lasallian partners to continue their good work while also asking the young to consider the life of a Brother as a vocation. (Text: Br. Nicholas Seet FSC; Photos: SJI-Junior Official Facebook Page)