Respect To The Late King Bhumibol 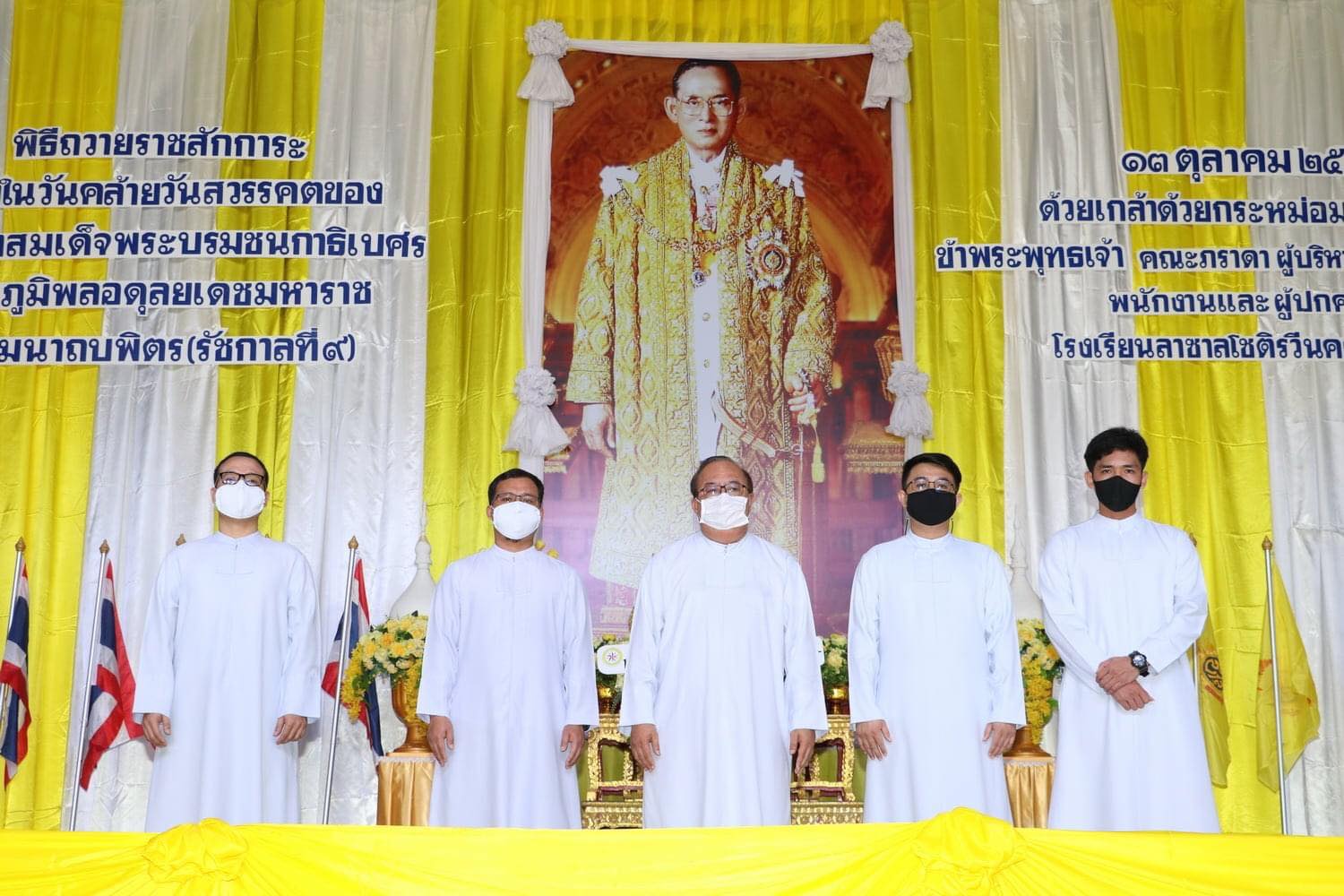 THAILAND - Thais across the country showed their respect to His Majesty King Bhumibol the Great by building up merit for their beloved monarch, who passed away four years ago and left behind his priceless legacy to the Kingdom of Thailand

People from all corners of the country made merit, did good deeds, volunteered to engage in public work, or gave away free food as their way of honouring the memory of beloved King Rama IX.

The late King demonstrated doing good deeds for the Kingdom to the entire country and never stopped working for the benefit of all Thais.

The beloved King Bhumibol Adulyadej's passing on 13 October 2016 brought unity among Thailand's population and embraced their common love for the King, whose generosity, self-sacrifice, wisdom, and grace had touched the hearts of all Thais.

Today, we, La Salle Nakhonsawan Brothers led by Br. Eugene Prapas FSC, the director of the school, teachers, school staff and together with all students showed our gratitude and commemorated our beloved King who was the father of all Thais. (Text & Photos: Br. John Niran Suksankrasin FSC)