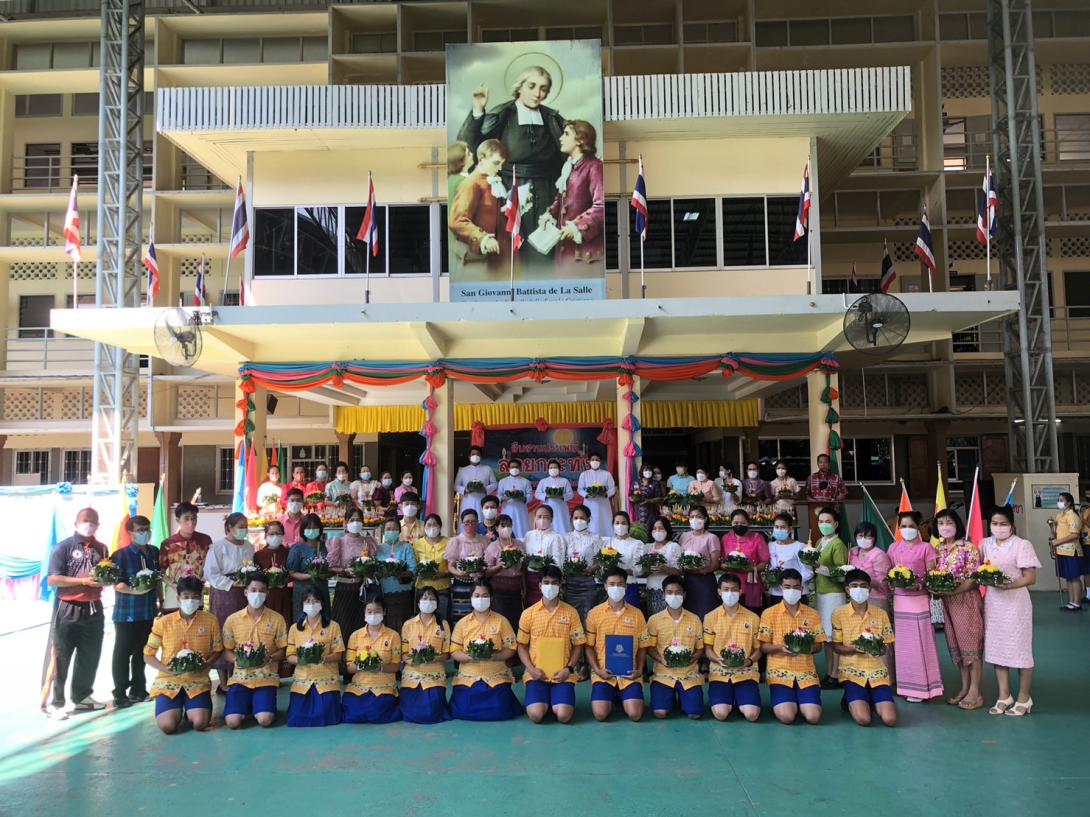 THAILAND - After two years of lockdown and online classes, La Salle schools in Thailand celebrate the Loy Krathong Festival. Loy Krathong Festival, also known as Thailand's Festival of Lights, is one of Thailand's largest annual traditional Siamese festivals, celebrated to pay respect to and thank the Goddess of Water (called Pra Mae Khongkha) for a year's worth of her abundant supply, request an apology for polluting the waters, and pay respects to the Buddha. Loy means 'to float in Thai, and Krathong means 'basket or boat,' so the literal translation of Loy Krathong is 'float a basket.’

This year's festival took place on November 8th, the evening of the 12th full moon of the Thai lunar calendar, just in time for the Blood Moon Lunar Eclipse.

Typically, the festival takes place in the evening, with everyone gathering at waterways or temples for religious rituals and releasing Krathongs, a small lotus-shaped boat traditionally made from banana leaves and decorated with flowers. However, for the students and the Lasallian families to enjoy and participate in the said festival, the schools provide inflatable pools for the communities to float their Krathong. Some of our students also participated in the Noppamas Queen Contests, a traditional beauty pageant during this festival. (Text: Br. Eugene de Luna FSC; Photos: La Salle Nakhon Sawan, Snagklaburiand Chantaburi Official Facebook Pages)