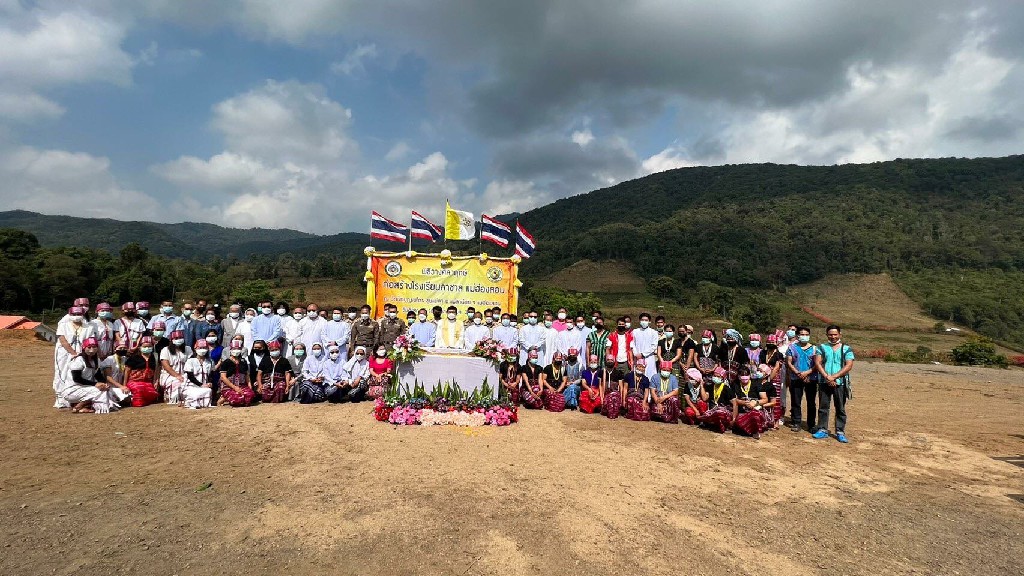 THAILAND - On the occasion of the Lasallian Mission’s 70th year presence in Thailand, the De La Salle Brothers and La Salle Sisters in Thailand traveled to the city of Mae Hong Son to lay the foundation stone for a new charity school (school for the poor) for the hill tribe students on 18 January 2022. Mae Hong Son is located in the northern part of Thailand and nine hundred kilometers away from Bangkok, the capital of Thailand.

The laying of the foundation stone ceremony was led by Rev. Fr. Pratip Kiratipong, the Vicar General of Chaing Mai Diocese. Several sectors witnessed the ceremony of the new mission, such as priests, sisters from different congregations, police, government teachers, local politicians, as well as villagers nearby.

The place where the new school is about to be built is surrounded by huge and numerous mountains and the majority of the people are from the ethnic groups called “Karen” and the rest are from the “Hmong”. Catholics form the majority religions of the local people and of the villages nearby with Catholics-80%, Protestants-10%, and Buddhist-10%. (Text & Photos: Br. Niran Suksankrasin FSC)