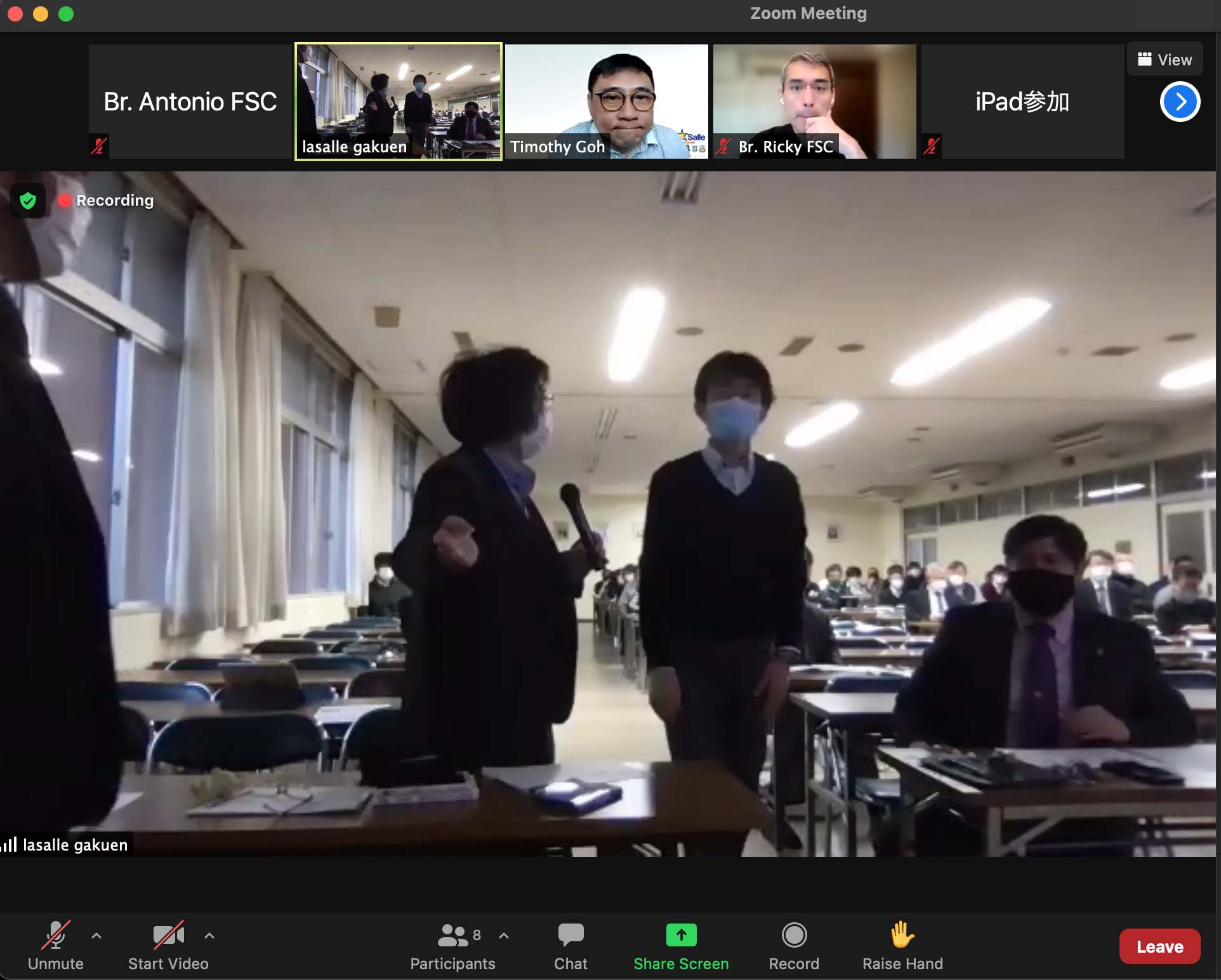 Br. Ricky Laguda shared the current thoughts/ideas of the Lasallian Educational Mission in the 21st Century through a brief orientation of the most recent document called the “Declaration.”

Mr. Timothy Goh, who was until recently the principal of St. Joseph’s Institution Junior in Singapore, shared some of the best practices implemented in his school as response to the new normal.

There were more than 80 participants from the administrators, teaching and non-teaching staff of the school. (Text & Photos: Br. Antonio Cubillas FSC)