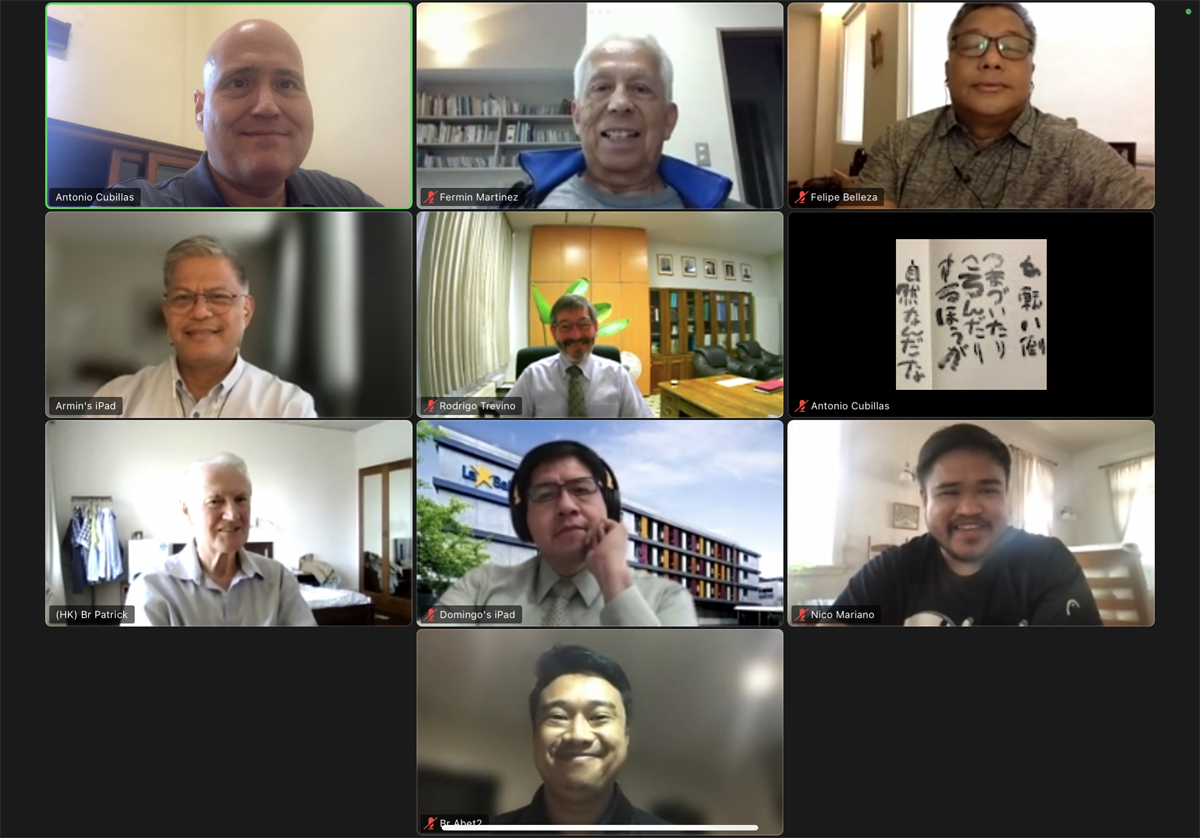 JAPAN - 2021 is the third year in a row that the sector of Japan holds the Sector Assembly. The Leadership Team joined Brs. Fermin, Rodrigo, Domingo, and Nico to dialogue about the current and future issues of the future of the Lasallian Mission in Japan. Br. Armin renewed the challenge to explore a new apostolate for LEAD Lasallian Mission outside the established apostolates.

In preparation for the 90th Anniversary of Lasallian presence in Japan, which will be on 2022 October 22, the Brothers are preparing some projects to emphasize the history and future of the Lasallian Mission through the role of the Lasallian Family in Japan. One of the projects is the translation of 100 Lasallian terms into Japanese from the recent Institute documents; for example, the Declaration (2020). La Salle in Japan throughout the years is a project with teachers, alumni, and Brothers to gather information and present a timeline through pictures and short videos. The Brothers in Japan also decided to make a sustainable donation to the Brothers’ Scholarship fund for our Lasallian schools.

Next March 2022, there will be a Lasallian Formation session with all Kagoshima and Hakodate schools and dormitories. This will be the first time in many years with a joined formation session. Hopefully, this can become an annual tradition. (Text & Photo: Br. Antonio Cubillas FSC)