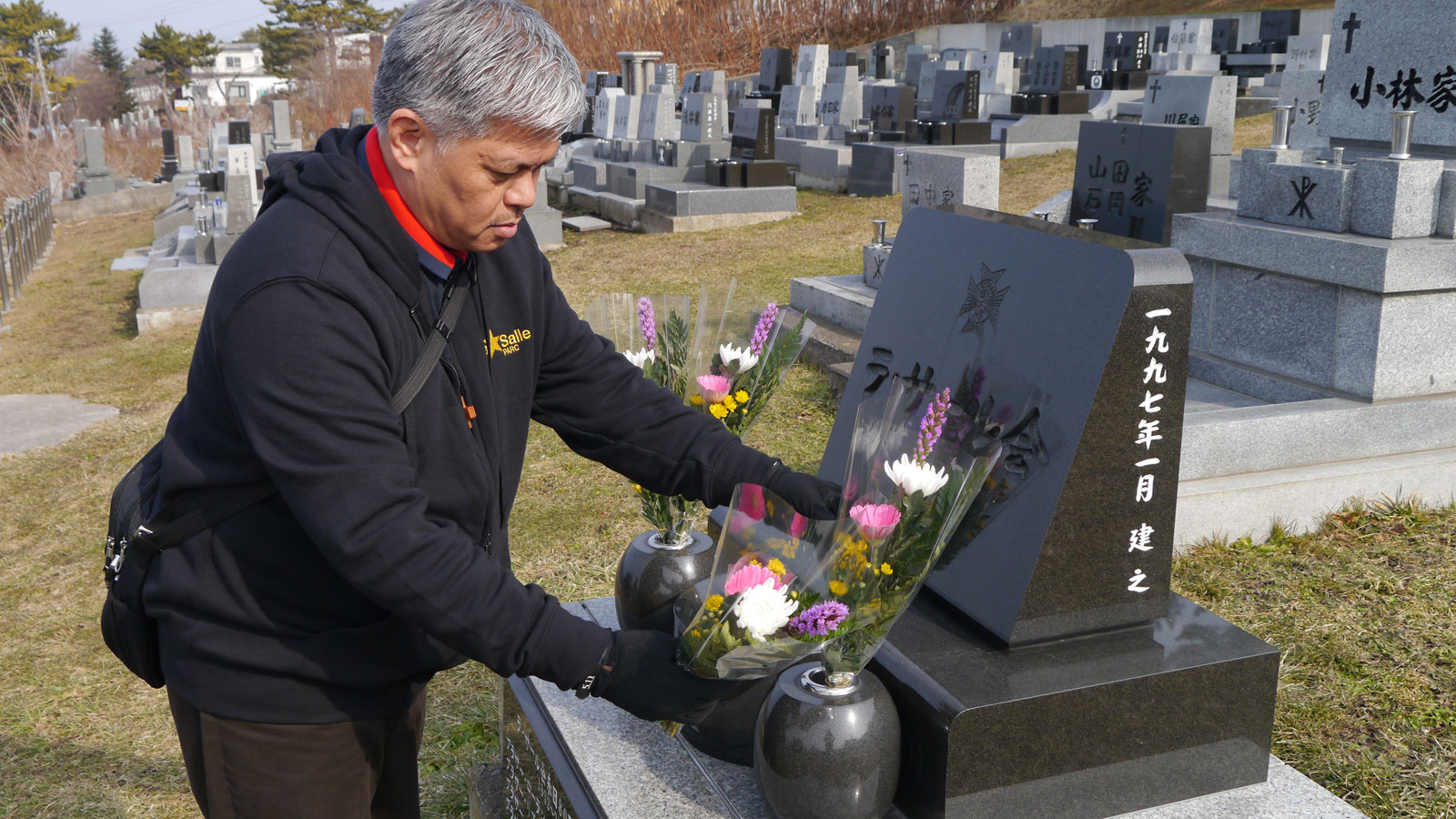 Brother Armin visited Hakodate La Salle, the most northern school and community in LEAD, from February 12 to 15. He arrived via Tokyo on the 12th in the middle of winter. Since he comes from the “paradisiac Manila” he brought some warm wind that might have made the temperature rise to nine degrees during those days --- a rather unusual temperature for the season; and curiously enough, after he went back, the weather forecast was more “snow again!”. 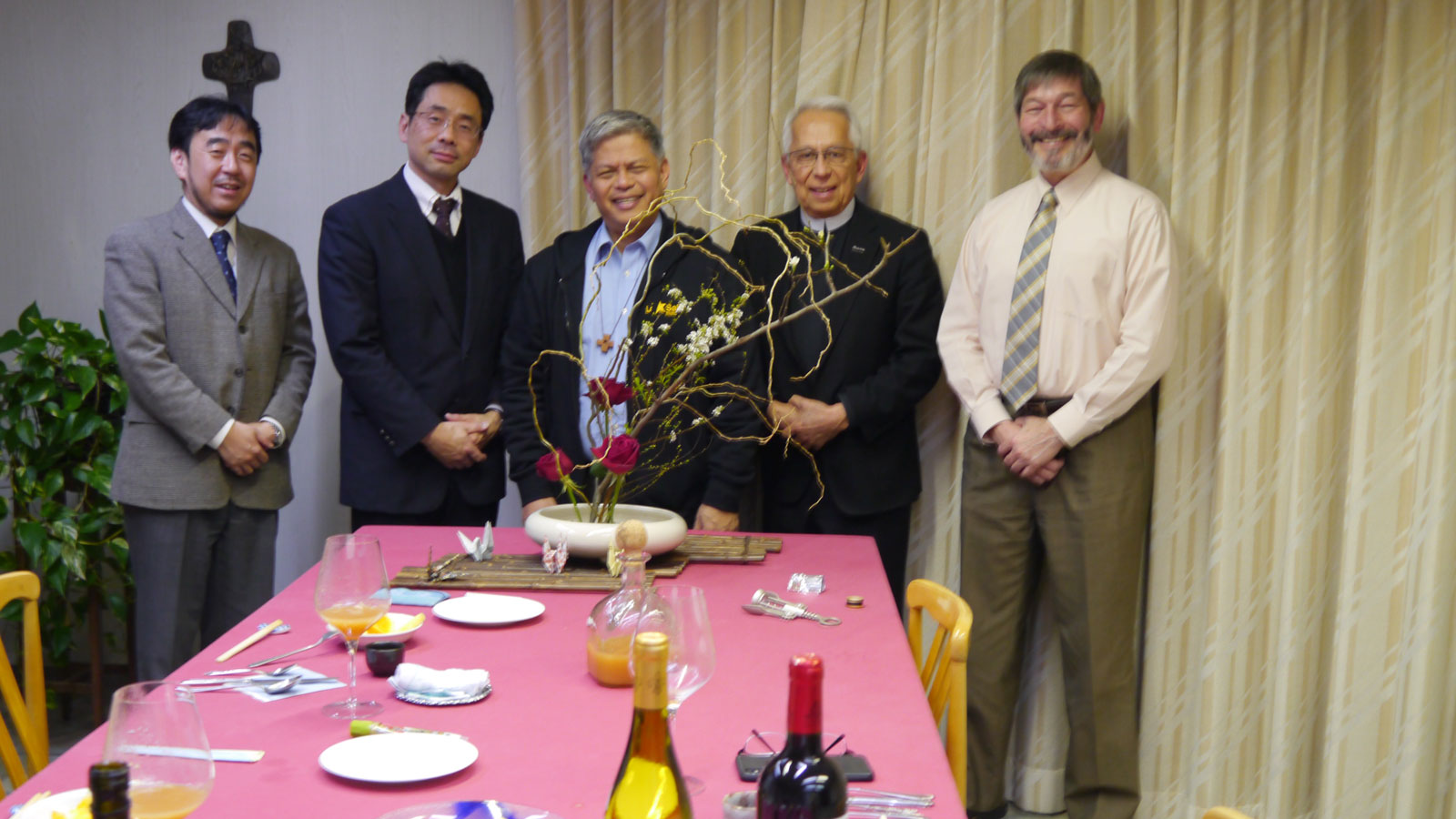 During his visit, Brother Armin addressed the staff of the school during the daily morning general meeting. His words will remain in the memory of some of the teachers, especially those who feel how Hakodate La Salle could be more integrated to our school network as an “association for the educational mission” for the youth in The Lasallian World. The presence of Brother Visitor has become indeed AN ICON OF HOPE for us here in Hakodate.

Brother Visitor also joined us during morning prayer at school. Four or more boys came to pray at the school chapel. There, Brother Armin greeted a student and a teacher who had been to the Philippines as volunteers. 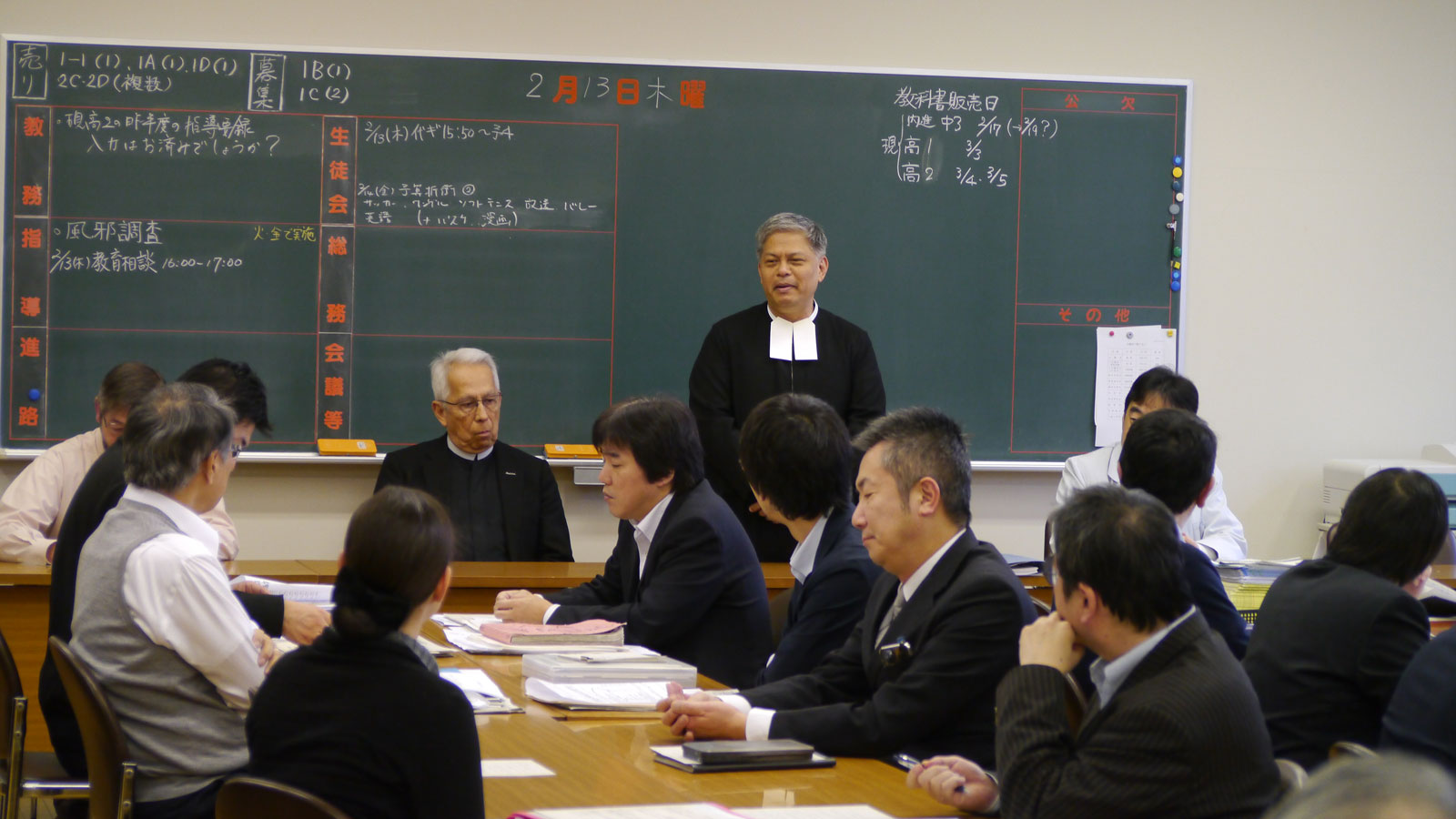 Brother Armin had the opportunity to meet the two Brothers in the community as the main purpose of his pastoral visit. Different issues were discussed namely, the future of education in Japan (specifically in our boarding school), the strengthening of association and collaboration within LEAD and Japan, religious education, Inter-LEAD exchange programs, Lasallian formation and our commitment with La Salle Home in Sendai.

The vice principal and the head teacher joined us for dinner at the Brothers house. The barriers of language soon faded away and the Lasallian “language” gained strength and understanding as we shared our meals. 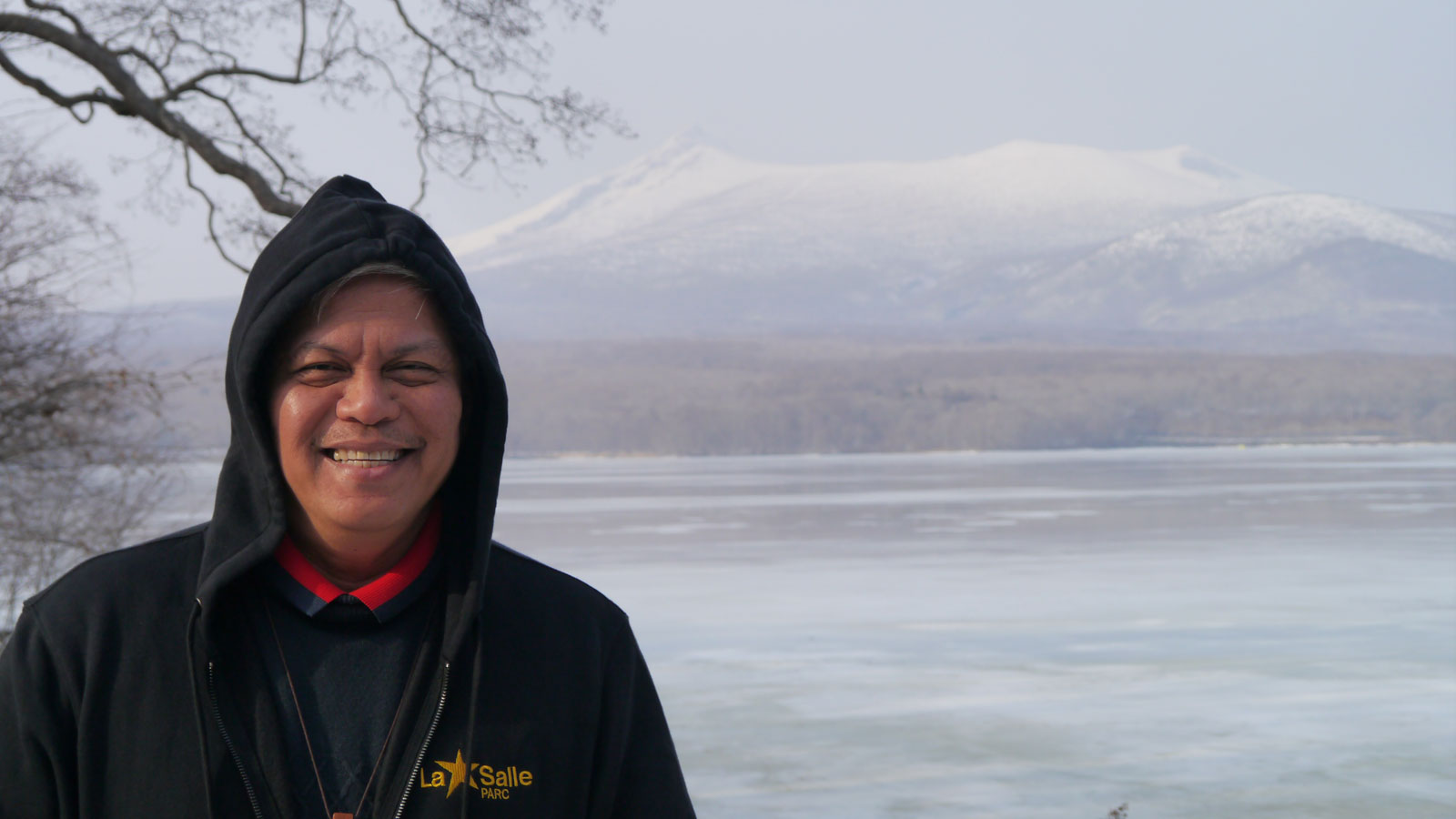 Hakodate La Salle High School was founded by the French Canadian Brothers in 1960. After four years, it became a boarding school only for boys and has remained providing the same brotherly environment till now. 21 years ago we opened the junior high section for teenagers and now two thirds of the students spend 6 years with us. Needless to say, at the end of their Lasallian experience, all these students feel they are brothers with a common new family name: Lasallians. 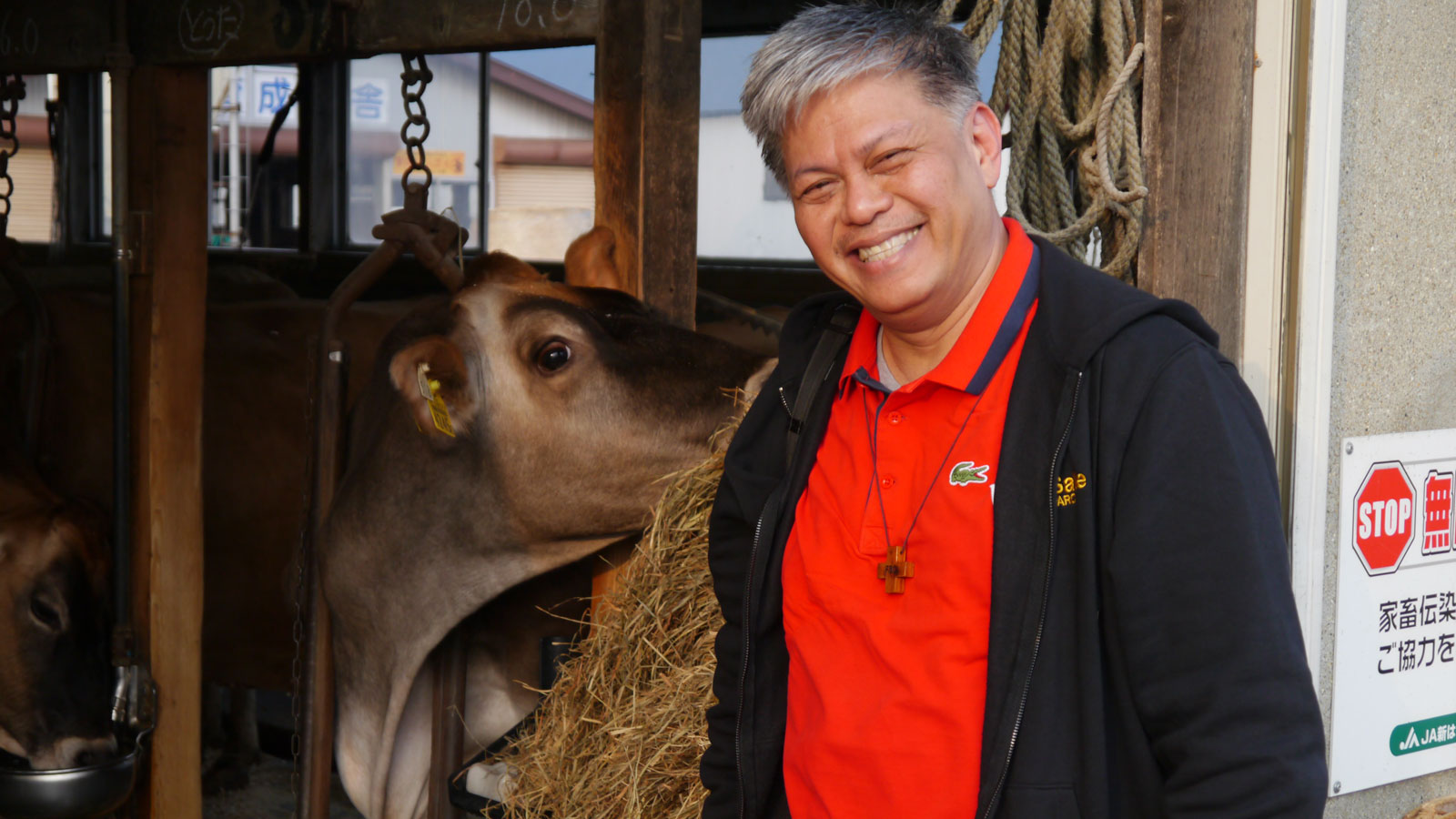 Moreover, we took Brother Armin to pay his respects to the founding Brothers at their tomb.

We cannot thank the Brother Visitor enough for coming. We will be expecting Brother Armin's return to this community with his choice from any of the four seasons we enjoy here. (Text & Photos: Br. Fermin Martinez FSC) 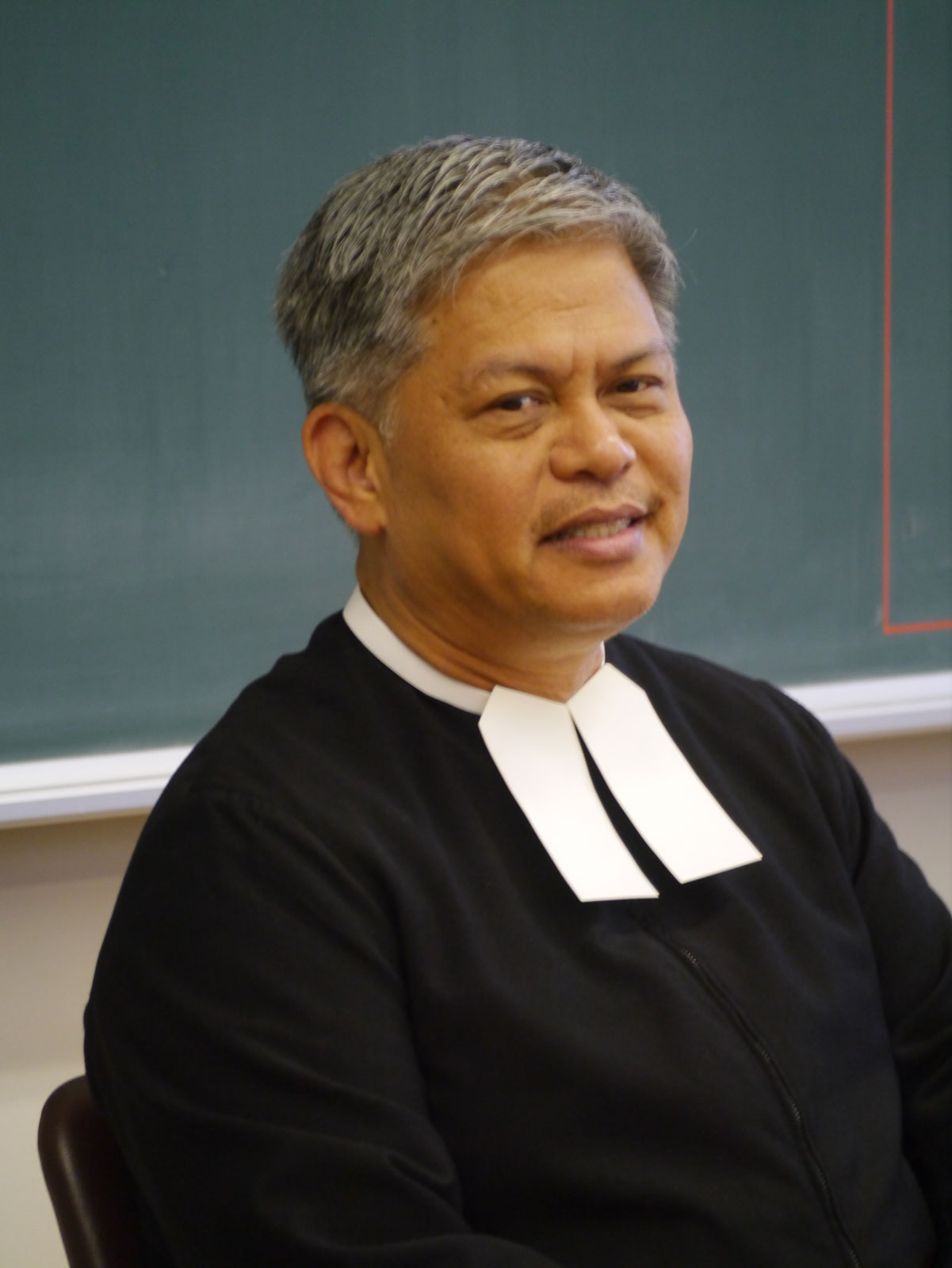