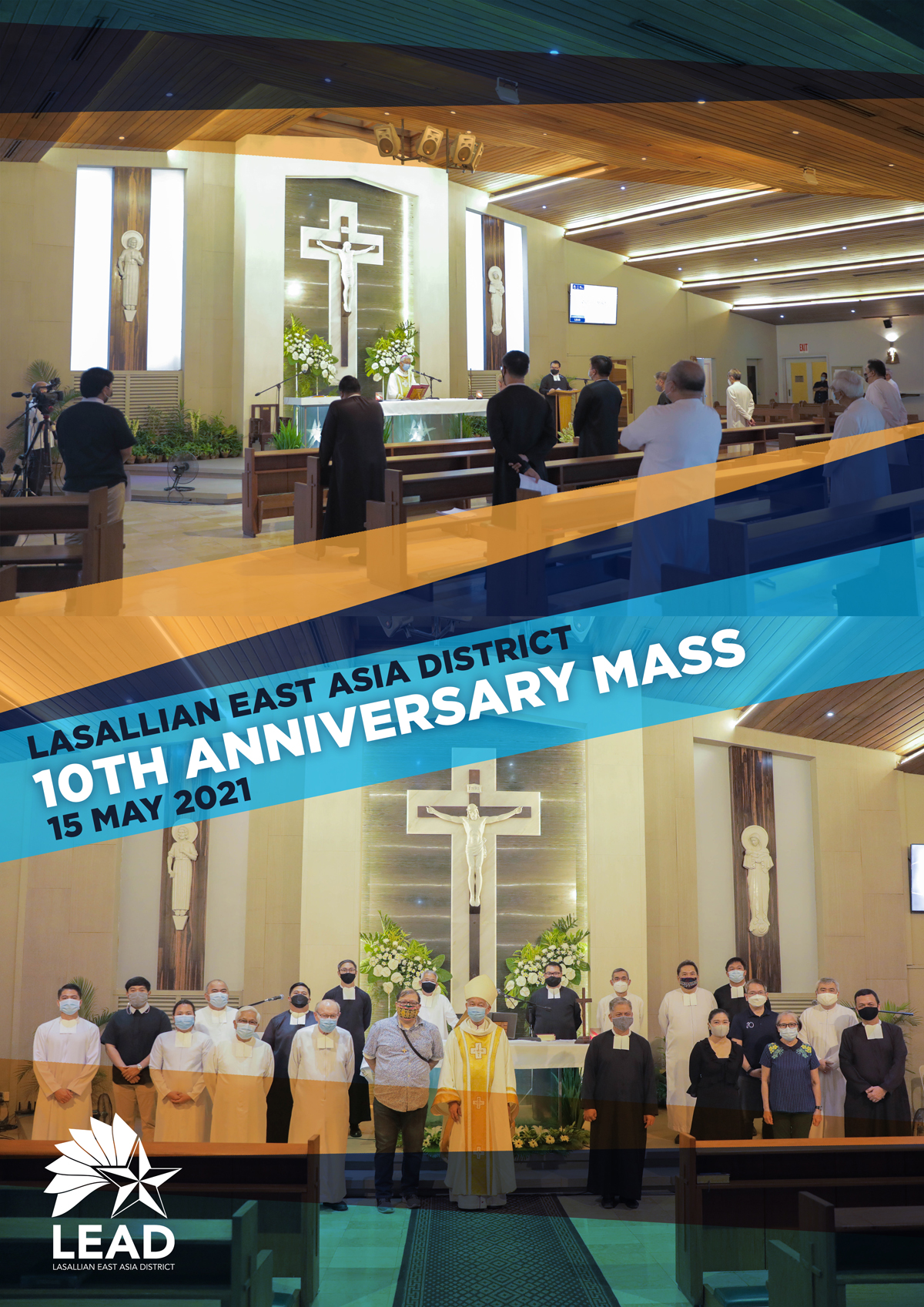 Happy Tenth Anniversary to all Lasallians in LEAD. The Eucharist Celebration was a good opportunity to express our gratitude for all the blessings received in the past decade and renew our commitment to the Lasallian Mission in East Asia.

The original venue for the anniversary Mass was to be the new Shrine of Saint John Baptiste de La Salle at the De La Salle University Laguna Campus in the Philippines. We had planned to have representatives from the whole of LEAD in attendance. Unfortunately, the current pandemic protocols made it necessary to change the venue to the Shrine of the Child Jesus at La Salle Green Hills in Mandaluyong, Metro Manila. Thank you to Br. Edmundo Fernandez FSC and La Salle Green Hills for hosting this important event.

Almost 200 viewers joined the live stream of the Anniversary Mass on Facebook and YouTube. In Singapore the two Brothers’ communities were able to gather for Mass and dinner to celebrate together the 10thAnniversary. Lasallians in other sectors followed the celebration individually or with their families because of safe distancing measures.