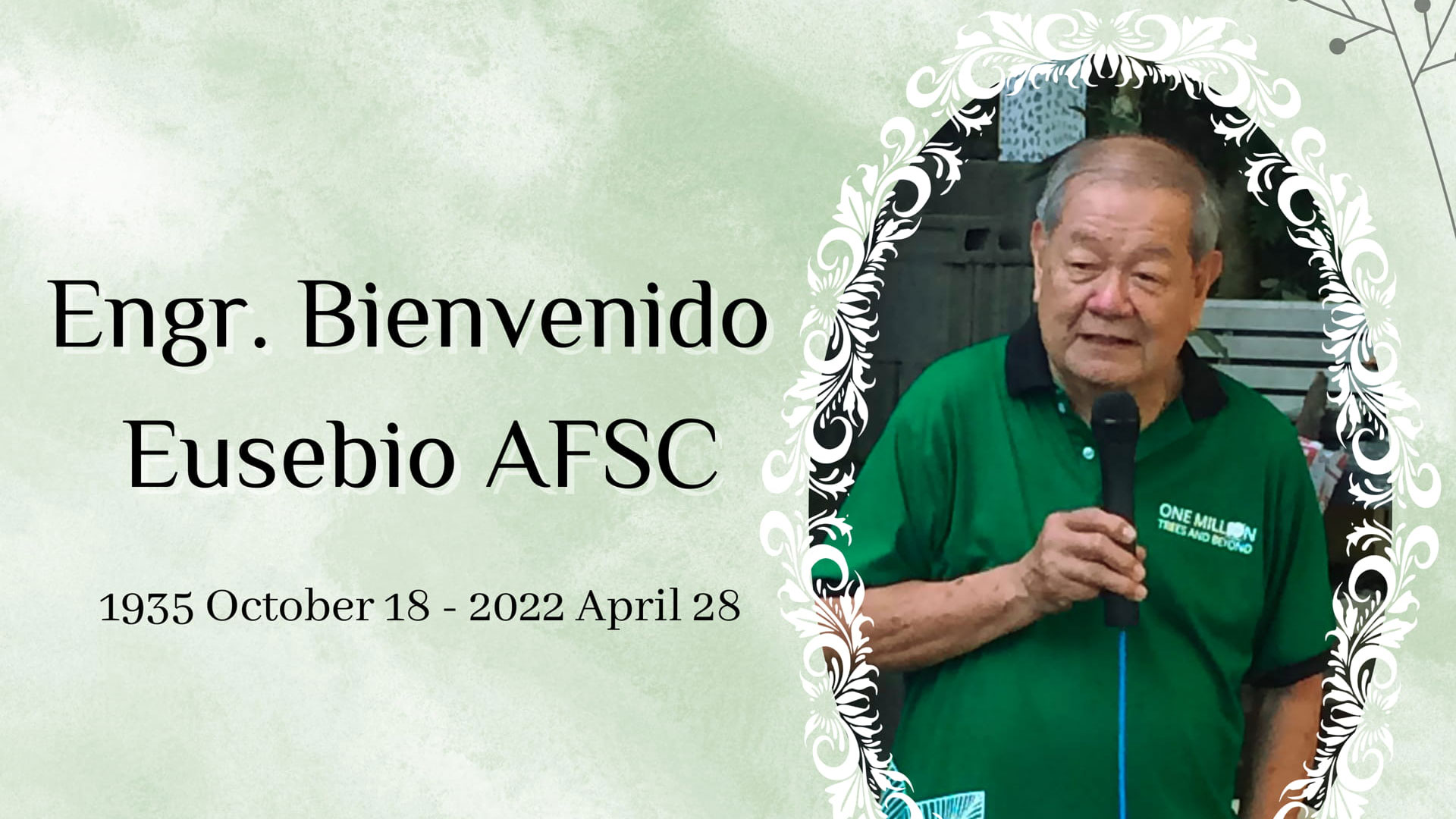 With faith in the resurrection, the Lasallian Family in the sector of the Philippines and in East Asia announce the passing on of Engr. Bienvenido Eusebio AFSC on 2022 April 28 in the USA. He was 86 years old and an Affiliated Member of the Institute.

Eternal rest grant unto Tito Ben, O Lord. And let perpetual light shine upon him. May he and the souls of all the faithful departed, through the mercy of God, rest in peace. Amen.

He has shown excellence and passion in his professional life by promoting good environmental practices. From 1959 to 1968, he worked closely with the San Francisco Bay Area Pollution Control Authority to ensure that his company, Stauffer Chemical Co., was in compliance with air pollution control regulations. From 1967 to 1994, he worked with the US Environmental Protection Agency (USEPA) in various management and technical supervisory positions such as Air, Water, Solid and Hazardous Wastes unit, Data Management, and Laboratory Quality Assurance/Quality Control programs. After his retirement from USEPA, he served as consultant to multinational companies (MNCs) and international financing institutions (IFIs) for environmental management projects in Indonesia. In 2002, he resigned from his consultancy work in Indonesia to work full time with the Philippine sector on its environmental program.

He has shown a pioneering spirit in the Lasallian Mission. He was the founding Executive Director of the Lasallian Institute for the Environment (LIFE) and has since pioneered in various environmental programs for Lasallian schools and communities, including three that are now considered as exemplar programs of De La Salle Philippines (DLSP) schools, namely, (a) One Million Trees and Beyond (OMTB) project, (b) Project Carbon Neutral, and (c) Facilities and Environmental Program Management (FEPM).

He has shown zeal for serving the poor and pushing for environmental advocacy. In 2004, he created the LIFE Endowment Fund and apportioned his own honoraria as LIFE Executive Director to serve as seed money to ensure LIFE's sustainability. He helped support the financial needs of at least eight (8) out-of- school youth so they can take up a Technical-Vocational education. He has been donating his technical expertise as well as essential equipment and materials to external environmental groups. He has been engaging farmers and fisher folk to connect their communities with Lasallian environmental programs.

He has kept the Lasallian spiritual legacy alive in his person. He channeled his aspirations to join the Brothers in his youth to his active involvement in Cursillo groups in the USA as Spiritual Director and has been a champion in the District in p u s h i n g f o r t h e i n c l u s i o n o f environmental values as an integral part of our Lasallian spirituality. He has constantly reminded his colleagues in DLSP and LIFE that "faith without action is dead" and has urged them on many occasions to keep striving towards a time when "what you do speaks so loudly that what you say cannot be heard.” 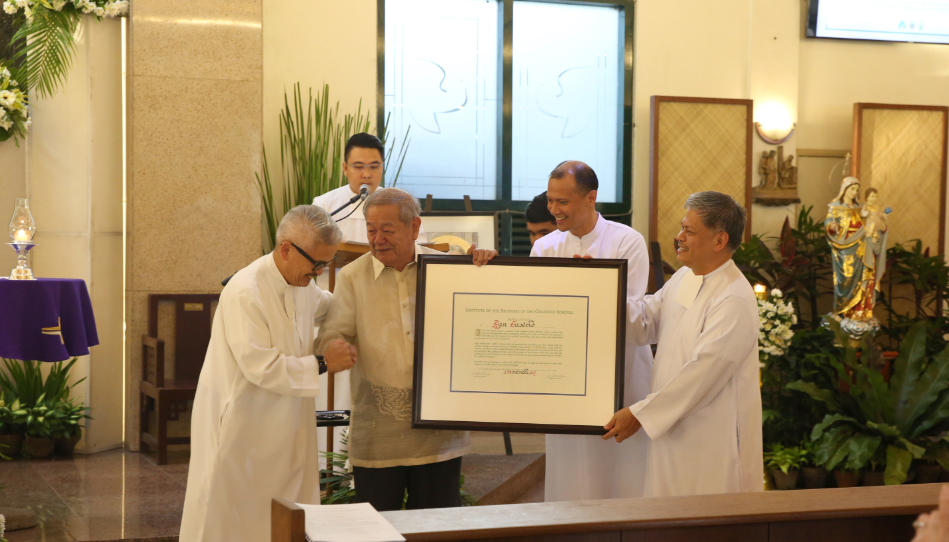 On 2018 February 16, Tito Ben was granted the Institute Letters of Affiliation of the Brothers of the Christian Schools.