Brothers, Lasallian partners, students and alumni gathered at the Basilica of Immaculate Conception-Manila 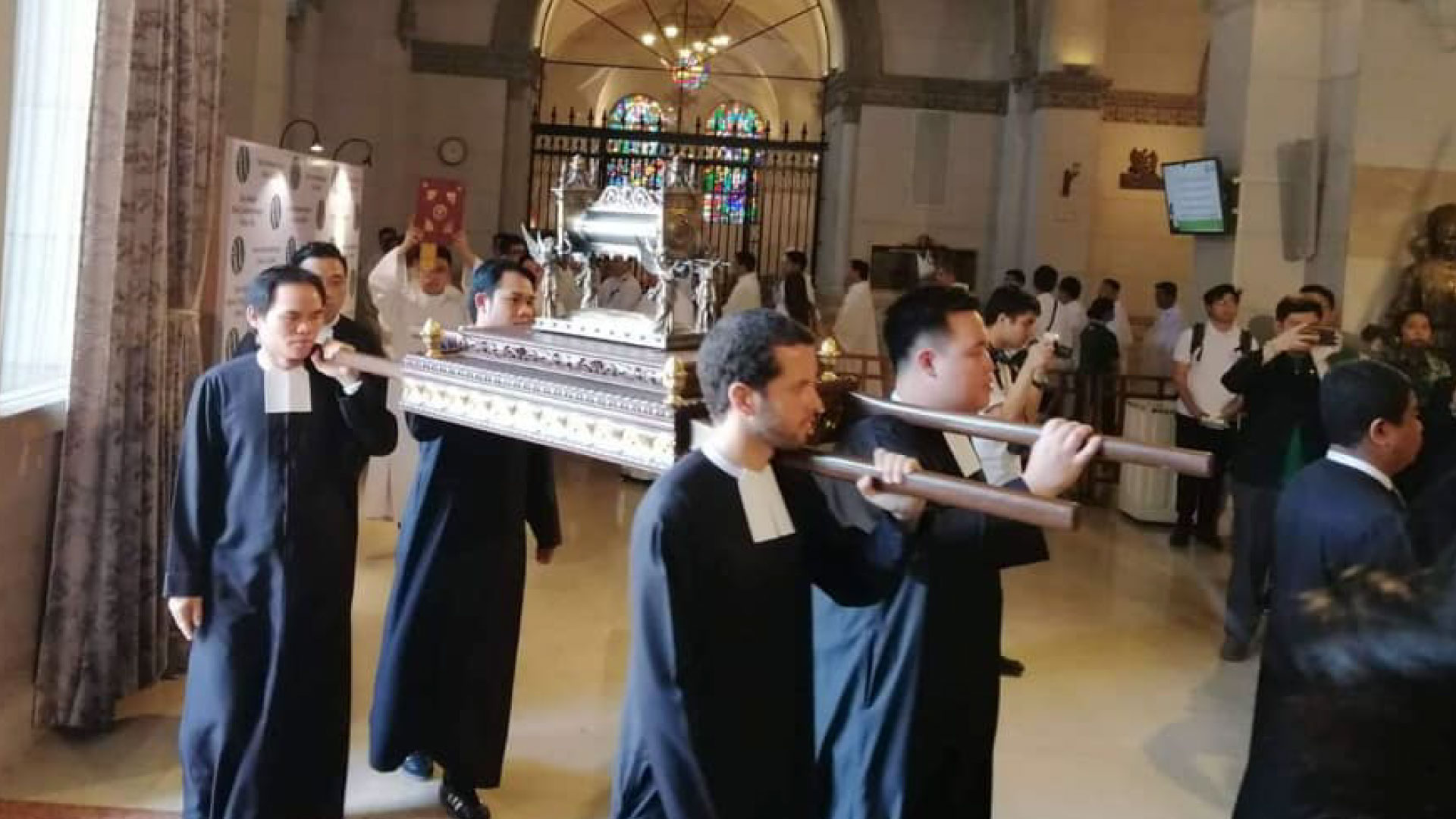 Brothers, Lasallian partners, students and alumni gathered at the Basilica of Immaculate Conception-Manila Cathedral to commemorate the tercentenary to eternal life of a noble man very close to the hearts of every Lasallian – Saint John Baptist de La Salle.

Meditative songs through the Taizé prayer predisposed the entire community for the Eucharistic celebration officiated by His Eminence Manila Archbishop Luis Antonio Cardinal Tagle together with other priests.

Cardinal Tagle in his homily, partly discussed a brief history of the Institute of the Brothers of the Christians Schools based on how Saint De La Salle together with the First Brothers were able to establish the educational ministry.

Towards the end of his sermon the Cardinal asked the Lasallian community to pray for the Brothers to continuously become catalysts of change just like how Saint La Salle started the ministry.

In his thanksgiving message Br. Edmundo Fernandez FSC, the Visitor of Lasallian East Asia District, shared that the jubilee year is the time to celebrate the identity of Lasallian education.

In line of the Year of Vocations, he encouraged the community to promote in more active way the vocation of teaching minds, touching hearts and transforming lives. Br. Dodo emphasized the need for accompaniment for young individuals. With love, they will teach them the importance of truth, justice and value for life.