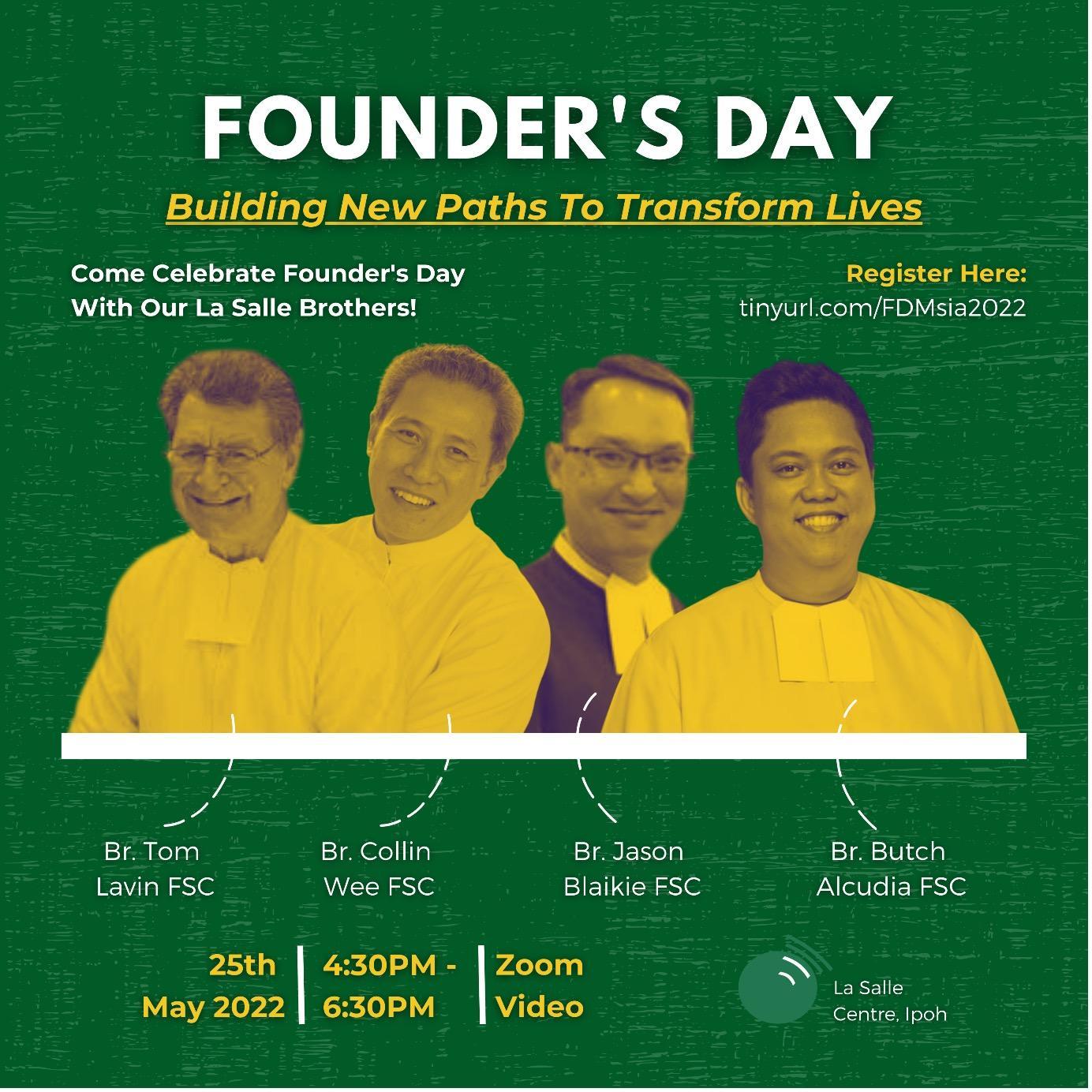 I would like to emphasize that I was really honored to be a part of the big Lasallian family. Seeing Lasallians from all over Malaysia and also the FSC Brothers really moves me because it assures me that there are a lot more people around that have the same passion as I do. At the beginning of the program, I scrolled on the name list of participants just to take a look at who are the people that I recognized who joined this delightful celebration.

Brother Butch FSC, Brother Collin FSC, Brother Jason FSC, and Brother Thomas FSC really gave an insightful sharing during the program. I was surprised when it turns out that Bro. Thomas had once come to my former school, it would have been really nice if I was already around during that time to see him myself. Moreover, one thing that struck me until now was that during the Q&A session, when a student named Jiivan asked the question, “how to be Lasallian”. A simple yet meaningful question I shall say because I spent years of proudly saying that I am a Lasallian, but I have yet to convince myself that I too live in La Salle’s way. I am also still a 21-year-old person trying to fit into society and I admit that it is quite challenging to live La Salle’s core values in today’s society, but I will continue on trying because I idolize St. John Baptist de La Salle so much.

Last but not least, I hope that more programs like this would be conducted for the Borneo Lasallians because I believe there are still more of them that have the same passion as me but their lights have dimmed.”

“First and foremost I'd like to mention that this is my first time ever participating in a Founder's day event. Before joining the program, I didn't even know the existence of Founder's day or what it was about. I also have little to no knowledge about La Salle himself considering the fact that I'm a new member of my school's Lasallian club.

To be honest, I signed up for the program just because my teacher told me to. I thought it would be lame and boring because I would be listening to people talk about La Salle for two hours straight. But I thought wrong. Welcomed by Coreen's warm smile, my mind changed immediately. The Brothers' stories were amazing. Especially the story where one of the brothers had to deal with teenagers and a youngster who insulted three of the brother's generation. Although insulted the brother remained patient and said that it doesn't matter how it starts, what matters is how it ends. That story in particular had such a huge effect on me because I can relate to it. Being a teenager, sometimes I can be rebellious and disagree with my parents and teachers. Most of the time I would feel bad after quarrelling with them and think about how bad I am as a person. But that brother's story helped me feel better about myself by thinking that it's not too late for me to change and there's still time for me to mend my mistakes.

Another thing I would like to mention before ending this write-up is that I love how there's no barrier between any members of the Lasallian community despite the difference in race and religion. I hope to be able to participate in Founder's day again next year.”

“Firstly, I would like to express my gratitude to the La Salle Centre for having this Zoom Meeting. If I were asked to describe the content of this meeting in one word, I would say ‘hope’.

As time passes, many may think that a little kindness does not make a difference, because it is unnoticeable, and they are not appreciated. But, for this time, we are all living in a completely different era. Kindness is needed, and everyone needs hope so that they can shine and build new paths to transform lives.

After listening to all Brothers in the Zoom meeting, it was clear that almost all Brothers were firstly inspired at their schools. Brothers who acted like teachers, touched their lives deeply. This has given me a sense that celebrating Founder’s Day is similar to celebrating Teacher’s Day. The difference is just one day apart.

Besides that, I, myself, had a deep reflection after the Zoom meeting had ended. In the words of Br. Thomas, ‘To be a good worker, you cannot neglect yourself, you cannot give to the young what you don’t have within you…’ I realized that being kind was not just giving it to others, but giving it to myself at first. The real kindness comes from a pure heart in oneself, and this is how kindness can heal others who are spiritually lost. Other than that, I realized that in the midst of struggle between students and teachers, being conventional does not make a difference anymore, because the struggles faced now is a new struggle, such as demotivation, burnout, feeling less appreciated and so on. I was enlightened by the words of Br. Jason, ‘Creativity helps bring changes.’

All in all, I have learnt something new even though the meeting was short. I will do my best to bring hope in the face of struggles with my teachers and classmates and in my personal life.”