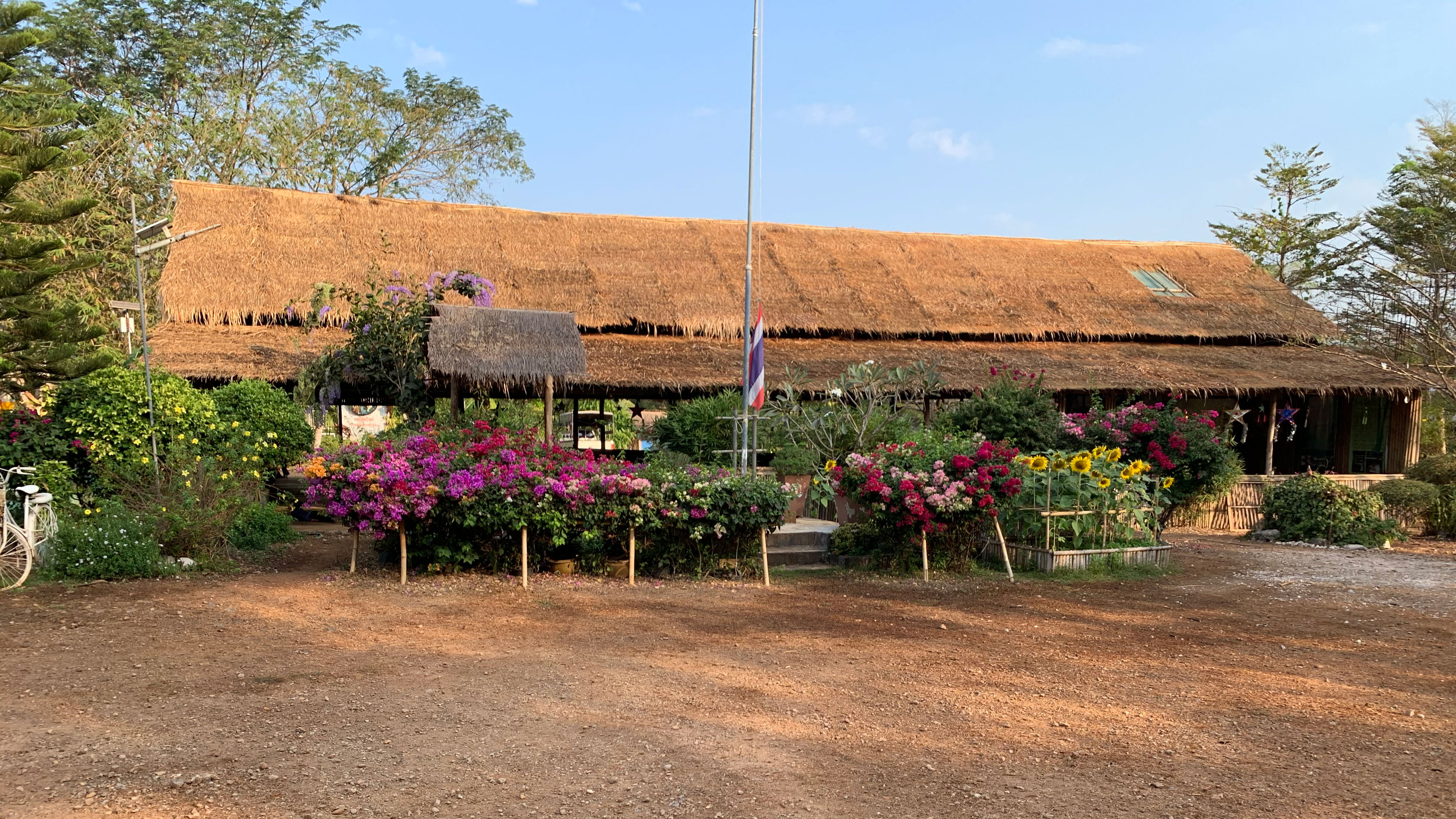 In February I had the opportunity to visit the La Salle Bamboo School, Sangkhlaburi, Thailand. After a lengthy six plus hour ride from the Bangkok airport to the Bamboo School, I was warmly welcomed by the Brothers, the teachers and the students. While most of them know very little to no English, communication was established immediately and the warmth of their welcome was felt and experienced throughout the week. The purpose of the visit was to bring funds from the 1911 Community to help in some of the schools’ urgent needs, and to return to Manila with a list of further needs, allowing the 1911 Community determine to what degree it can be of further help in the future. The students at this school are from families that have been displaced in their homeland, with no identity papers, no citizenship, not wanted by the Myanmar government, and not helped by the Thai government. More on that later in this article. 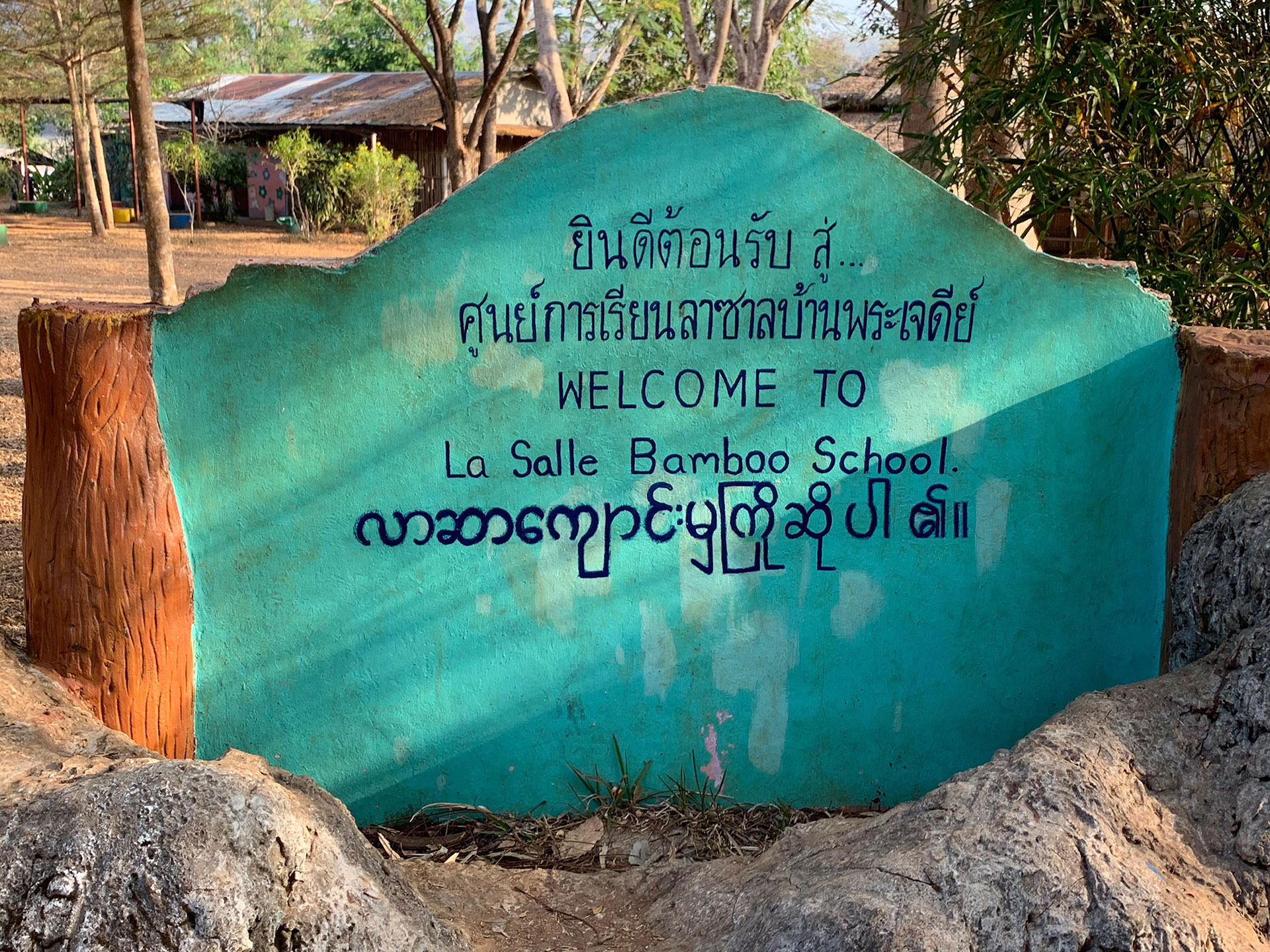 A little history and information about the Bamboo School. It was started by four Thai women and set up at the Myanmar (Burma) border in 2008. Instruction was for young, especially kinder age children. Eventually the La Salle Brothers were invited to come in and start administrating the school. Once it was decided to expand the school to include grades up to and including grade six, a new location had to be found, since a concrete style building could not be built at the Thai/Burmese border. A site, about a ten minute ride from the border was found, and is now the location of a school from Kinder through grades six, the present enrollment being around 500 students. The original Bamboo School building is still the site of Kinder, Pre Kinder, and even Pre Pre Kinder students, about 80 of them. While mentioning Kinder children, there are some whose ages go up to 11 or 12. In the grade school classes, some ages of the children are in the high teens approaching 20. Virtually all of the students are from Myanmar, crossing the border each school day morning and returning each evening. These children are almost all undocumented, meaning they have no birth certificate, and no citizenship. Little, if any, help is offered these children in Myanmar. In Thailand, their education is tolerated but not supported in any way by the Thai government. That support is available only for documented children, a lengthy task undertaken by the Brothers and the school for all the children, but a task which rarely ends with success in getting documentation. The parents of these children also cross the border, working in the rubber plantations located nearby. Some parents have even found the ability to establish a home in Thailand, but for the most part, are too poor to have the wife go into a hospital to give birth, so their children, while technically Thai citizens, remain undocumented since they do not have birth certificates. Because of the poverty of all of these families, there is no tuition charged. Funding must be found for all of the school operations. The children must be fed, teacher salaries, school building repairs, computers, just the ordinary expenses of maintaining school buildings, all must be funded from groups outside the country. While many are funded, so many other areas are lacking and need funds.

One of the features of the school is the Blue Sky building, a dormitory for orphans and unwanted/abandoned children. Presently there are 32 girls in the dormitory. They surprised us with a dinner one evening. Since they are there day and night, additional programs are available for them, especially further English classes, so these girls were able to converse in English to some extent.

As one walked around with the help of people at the school, I couldn’t help but observe the computer room, full of computers, but then found out that more than half were not working. In the school canteen, the stove used to cook and heat up food, was not functioning. In the Blue Ski building, the washing machine was not working. Increasing the number of toilets in the various areas in the school is a high priority. School uniforms are needed. Additional food, oh my these children are hungry.

Considering all of the financial limitations, it is amazing what kind of work is being done for all these children, giving them hope for the future, helping them get into grades seven and up, and while the outlook as far as college education seems so low, work is constantly done to get these young people that opportunity also. Anything to help give these children a brighter future. For any who want to help, a visit will do more than any writing like this. Visit and open your heart to these lovely children. And give to this great charity work of the Brothers in Thailand, in the LEAD District.