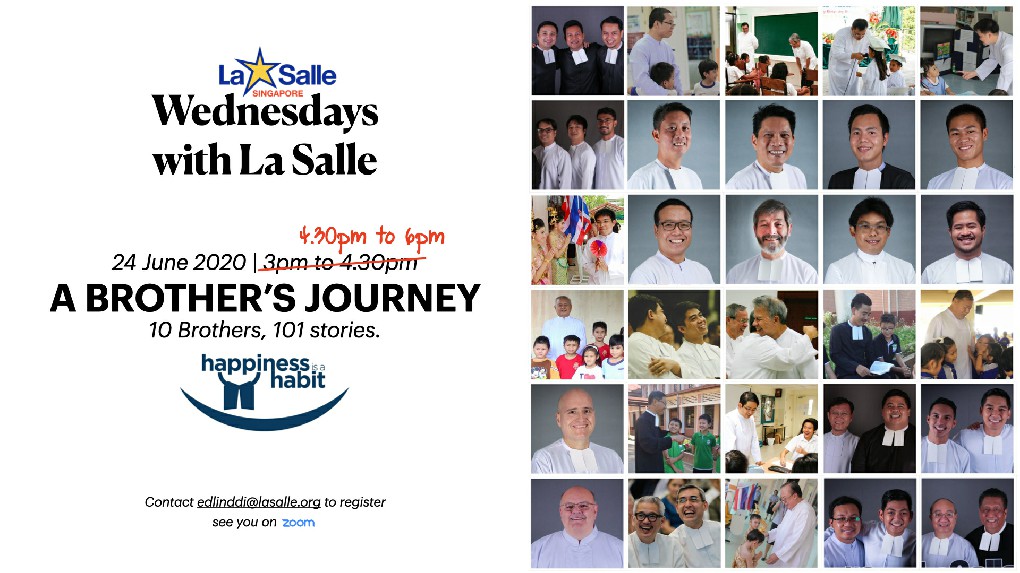 On Wednesday, 24 June 2020, 42 Brothers, Teachers, Students, and Partners gathered together for the session,ABrother’s Journey: 10 Brothers 101 Stories.

Wednesdays with La Salle was inspired by LEAD’s Thursdays with La Salle. Singapore decided to continue with the series to allow more people to be part of the formation series.It served as a good way to engage with fellowLasallianswhile maintaining social distancing during this time of pandemic.

For ourthirdsession, based on the requests of many in Singapore due to the lack of interaction with Brothers in general, we invited ten Brothers and two postulants to share about their life and preparation ofbeing a Brother as well as to have a moreintimate sharing in breakout rooms.

After the opening prayer led by Br Michael Broughton, we had BrRey Mejias, Br Kenneth Martinez,andBr Kelvin Tansharing in plenary, their experience of preparation, adventures of community life and how they have managed to keep their vows.

Br Rey Mejias (Philippines), who is the director of the La Salle Novitiate Formation House shared the process of a candidate becoming a Brother. From the discernment of having the notion of wanting to be a Brother, experiencing community building, formal religious and Institute formation to Professional Formation.

Br Kenneth Martinez (Philippines), reminded us that as a Lasallian we cannot be never alone in responding to God’s call. Association for the Educational Mission is a key element in Lasallian identity.

Br Kelvin Tan (Singapore), shared with us about the commitments (Religious Vows) that the Brothers take and invite us to follow the journey of Lasallian Vocations from the Institute Circular 475 (2020).

The group then went into breakout rooms for a more informal session of listening to aBrother’s personal journey as well as some Questions & Answers. The ratio was about 1 Brother to 3 Lay Partners.

Br Larry Humphrey (USA)then closedthe session suggesting what we can do to promote theculture of vocations, in particular the Brother’s vocation. He guided us to reflect on our own vocation as well as challenged us to step up by asking the following questions:Who do you know would make a good Brother - astudent, a colleague, a relative, a friend - and will you be able to tell them so?How would you accompany them? If you met someone who isgenerous or had a spirituality about him, would you take the risk to ask them to consider the Brothers? Also, be ready to tell them why you think they should be a Brother

The session ended with a closing prayer led by Br Paul Mata.

Thank you to all the participants and Brothers who made time to be present in this Lasallian gathering.Our next session will be on 15 July 2020. It will be based on Lasallian Reflection 6. (Text & Photos: Br. Antonio Cubillas FSC & Ms. Ed-Linddi Ong) 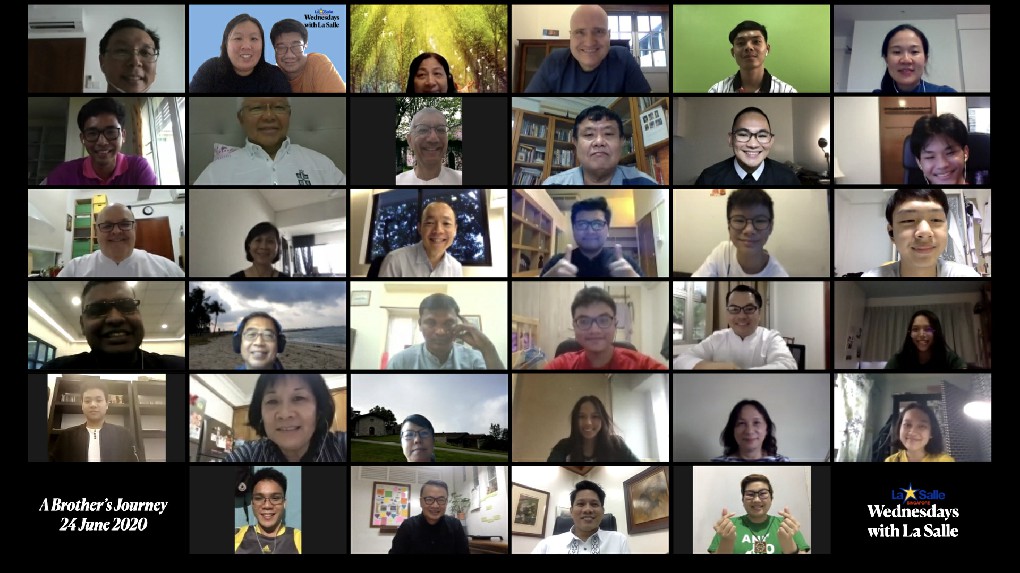