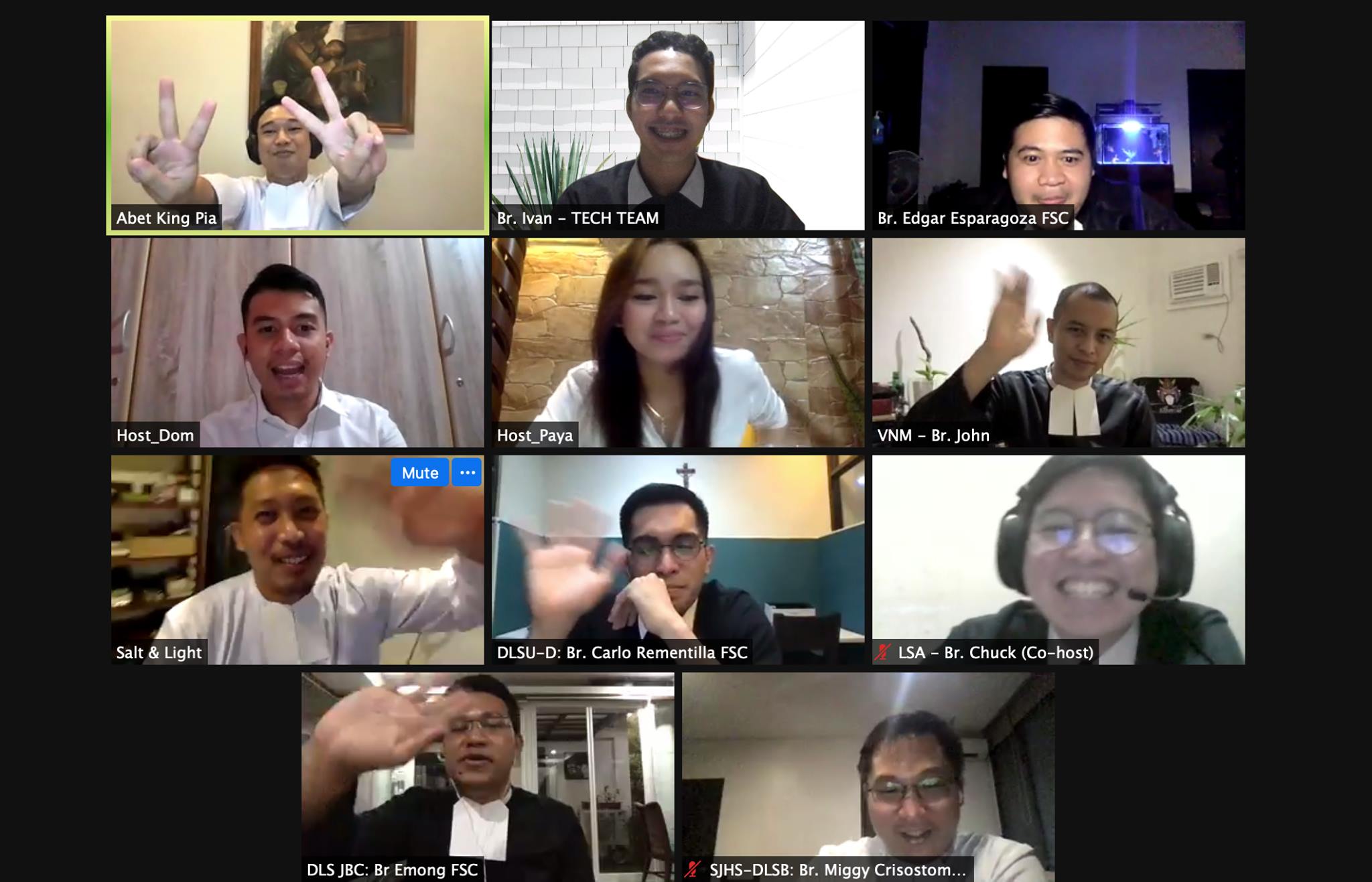 The Young Brothers of De La Salle in the Philippines launched a tripartite monthly online discussion project to explore and engage the Lasallian community across the country to the recently issued documents through Lasallian Visions 2021 (LSV 2021). Its last installment of the Declaration Trilogy was held via Zoom on Friday, March 26.

The two recent institute documents, where the project was centered on, are “Declaration on the Lasallian Educational Mission” and “Identity Criteria for the Vitality of Lasallian Educational Ministries.”Other than the circulation of the contents of the Declaration, the project aims to aid the Philippine Lasallian Family to further understand what it means to be part of the said family. Practices and applications of the core values of the founder St. John Baptist de La Salle can be shared through fraternal dialogue.Each Lasallian school has a team to represent their institution as envoys of their individually unique Lasallian institutional identity. Despite the differences in culture, environment, and methods, all of them were rooted from the universal calling in living the Lasallian Mission.

Former Brother President of De La Salle Green Hills and De La Salle - College of Saint Benilde, and “well-loved Filipino Brother”, Br. Victor “Vic” Franco FSC shared his Lasallian input as the resource speaker where he talked about the challenges of the Lasallian education presented in the fourth chapter of the Declaration.

After the talk, a breakout session was done wherein each school discussed the challenges present in their respective learning communities and how they plan to address these concretely. The Young Brothers were distributed in the 19 rooms to facilitate and oversee the discussion.

Though the trilogy has come to a halt, the commissioning rites is not just the be-all-and-end-all of the project. Rather, it is the beginning of the newly blessed and appointed disciples to expand, share, and partake the Lasallian mission and its core values of faith, zeal for service, and communion in mission towards a road for a better future - together and by association.