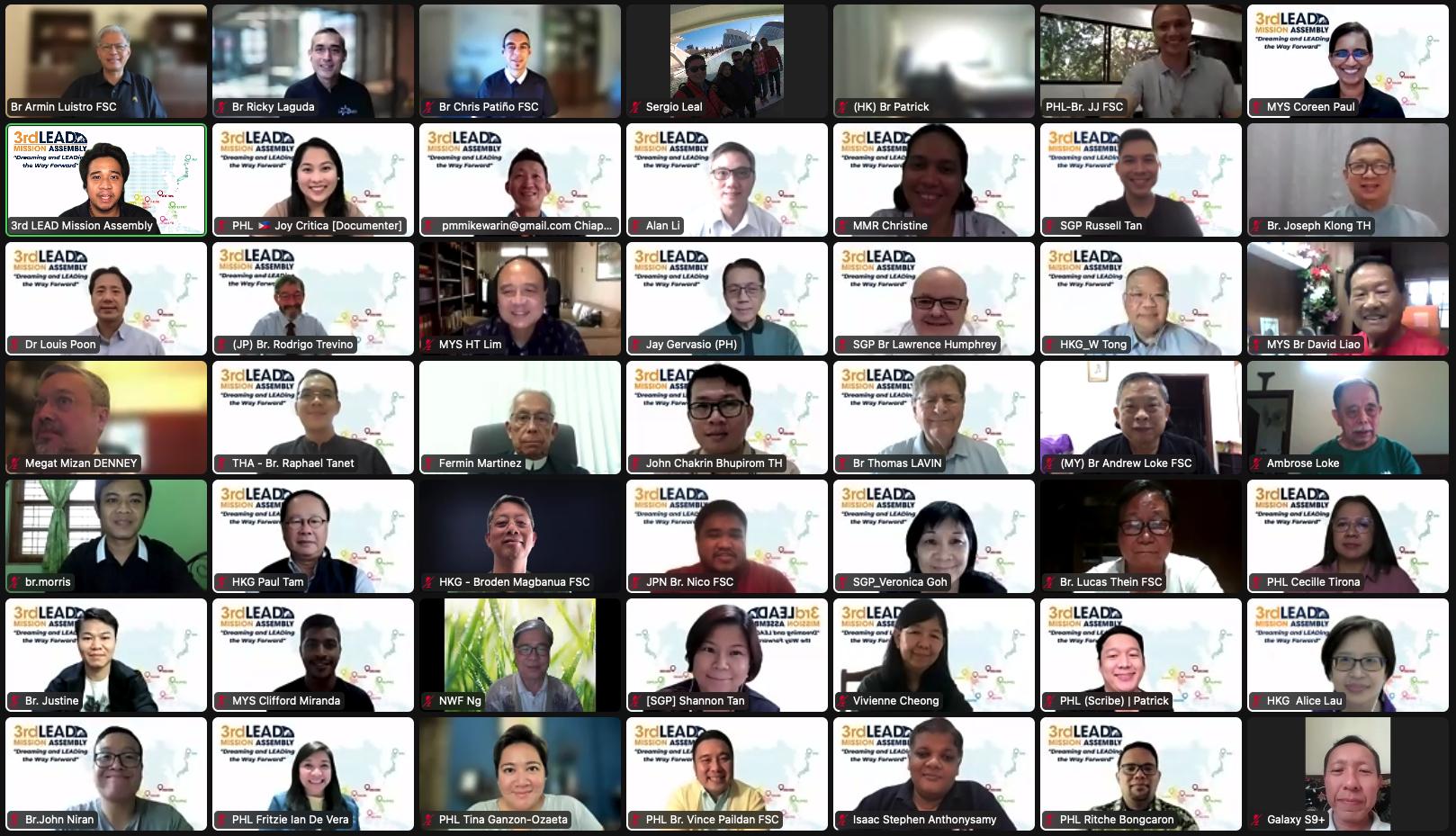 On 17 to 18 September and 08 October 2022, sixty-nine (69) Brothers and lay partners from across the seven countries of the Lasallian East Asia District gathered virtually for the 3rd LEAD Mission Assembly. The objective of the gathering was to craft the District’s response to the pathways proposed by the Institute’s 46th General Chapter. The Transformation Pathways and their related commitments were organized under three (3) main themes that were identified as vital discussion points for the gathering: Mission, Formation, and Renewed Structures.

Preparations for this discernment process took a year. The Organizing Committee of the Assembly began preparations in September 2021. By November of last year, the different Sectors came together for their respective Country Conversations, which reflected on the results of the previous Mission Assembly. The realities that emerged from each country during these conversations also figured in the current Mission Assembly.

As the Assembly began, Brother Superior General Br. Armin A. Luistro FSC challenged the participants to express gratitude for the unique context of LEAD; to surrender to divine providence as the work of finding new ways to look after those entrusted to our care carries on; and ask where our brothers and sisters are, ensuring that Lasallians in East Asia will continue to be there for them. Equipped with these invitations and the distinct experience of LEAD from the past four years, participants of the Assembly broke out into discussion circles to give particular attention to the General Chapter resolutions and come up with rooted and contextualized proposals for the Lasallian mission in East Asia. (3LMA Listening & Writing Committee)