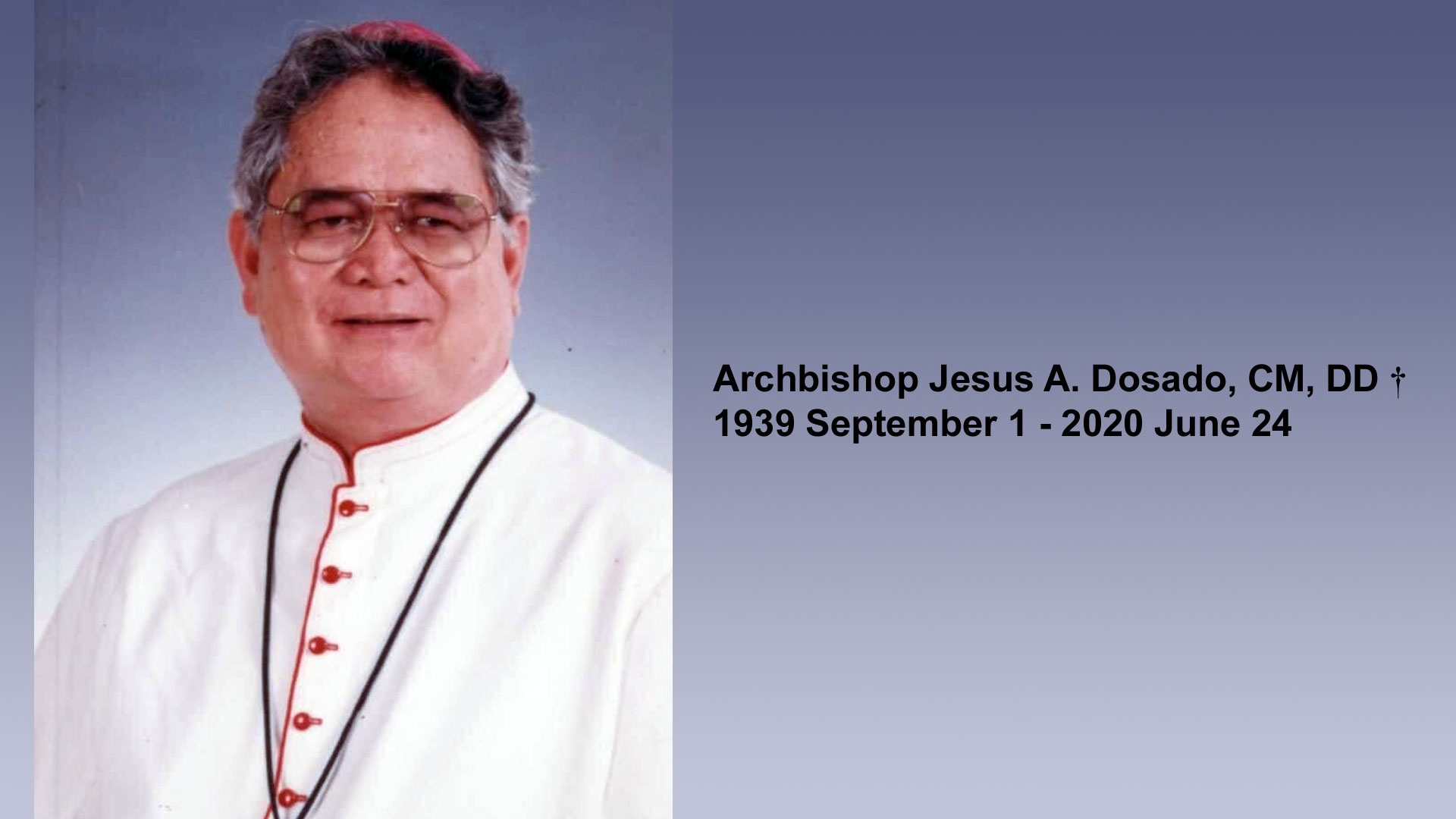 Abp. Dosado, a native of Sogod, Cebu, Philippines, entered the Congregation of the Mission and received theological formation in the now defunct DeAndreis Seminary in Illinois, USA. He was ordained a priest in 1966. In 1969, he was then sent to Madrid, Spain for further studies, after which he became Rector of San Carlos Seminary in Cebu City. In 1978, he was ordained bishop and appointed as Auxiliary Bishop of Cebu. He later served as Auxiliary Bishop of Cagayan de Oro in 1979 and was then appointed Bishop of Ozamiz in 1981. It was during his term that Ozamiz was elevated to an archdiocese in 1983. He served the Archdiocese until his retirement in 2017.

Abp. Dosado was a good friend of the Brothers. He would usually have Monday dinners at the Brothers’ House. He was also a member of the Board of Trustees of La Salle University in Ozamiz from 1994 till 2017. (Text: Br. Iñigo Riola FSC; Photo: Mr. Jyron Raz)

Eternal rest grant unto Abp. Jesus, O Lord.
And let perpetual light shine upon him.
And may the souls of all the faithful departed, through the mercy of God, rest in peace. Amen.