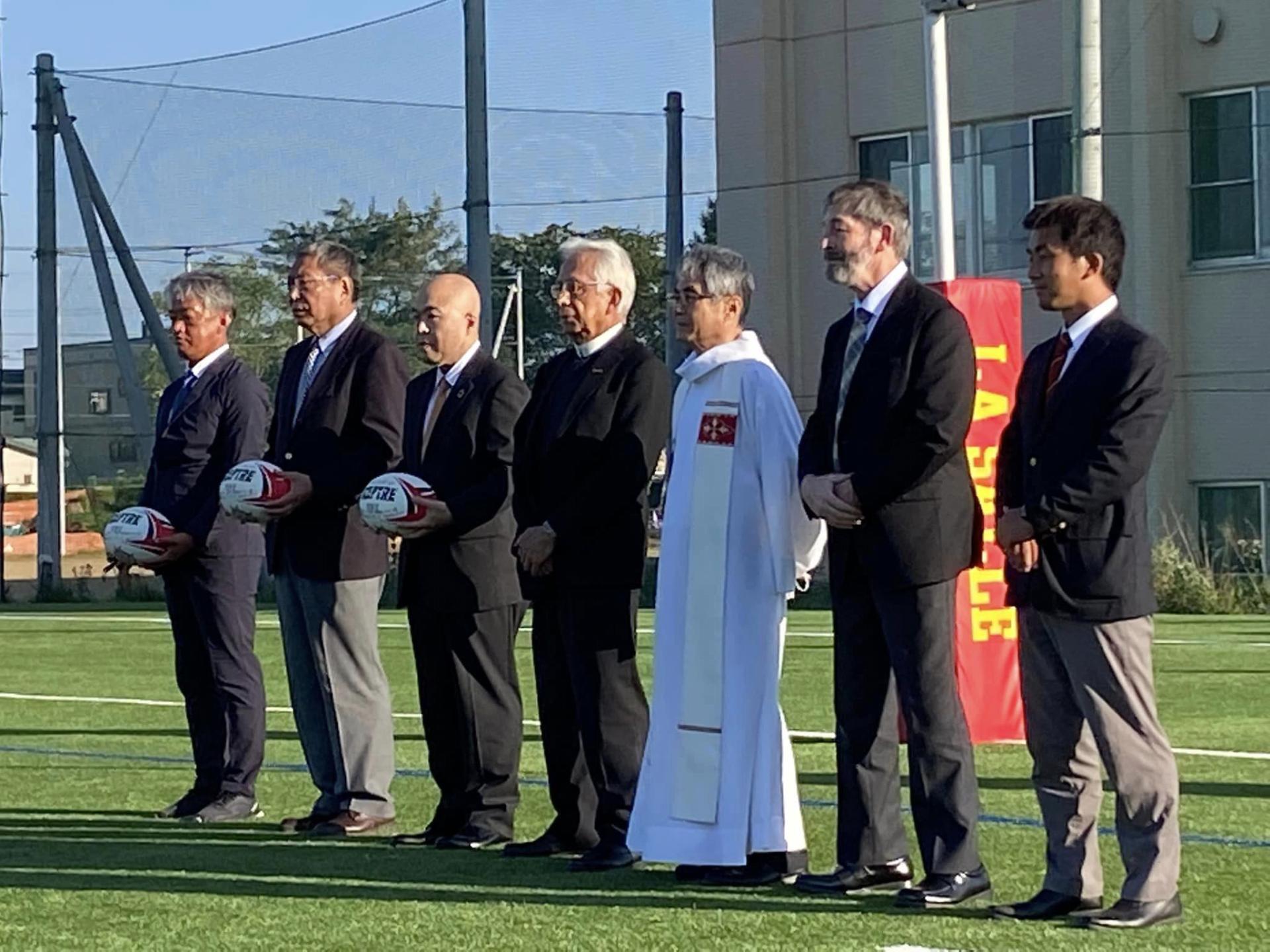 JAPAN - October 1st of 2022 will be a date that will stay in the memory of many Hakodate La Salle rugby players for years to come. On that day their playground was blessed after fulfilling the decades-long- dream of putting artificial grass on the turf.

This was a dream that players and coaches had for 55 years. The rugby varsity began in the school in 1967. One zealous teacher managed to put natural grass around 1975 but players using the ground for practice every day, the “living” grass did not resist and soon it faded away.

Mr. Jumpei Usami, an alumnus of the 37 graduation and now an English teacher here, for 11 years he has been teaching during the day and after lessons coaching the clubs for both sections: junior and senior rugby players. The varsity senior boys have been already three times to the National Rugby Tournament and four times to The New Teams National Tournament. “Noblesse oblige”: Mr. Usami has been a key coach and mentor to his players. The “Usami Way” works!

This year Mr. Usami “heard” of a businessman who had said he would make a donation that could cover more than half of the cost of making the playground green. The potential donor has no Lasallian relation. Mr. Usami met the man and promised to raise the remaining cost through donations from among former players, parents and friends. Mr. Usami was convinced that he will find generous “small” donors. He believed the project was worthy to fully engage in, not just for the sake of the sport but also for the benefit and educational process of teenagers. Despite the disbelief of the viability of such endeavor even among people related to the Hakodate La Salle rugby community, he went bowing his head down before many people asking for financial support.

The work began and day by day for a month; the scenery began to change. Finally October 1st arrived. The ceremony began with the benediction rite presided by the parish priest (Father Sukegawa) followed by words of thanksgiving and congratulatory messages. Finally: picture taking.

Schools with rugby teams in the District will be welcome to come and play rugby in the most northern community of LEAD. One for all, all for one! (Text: Br. Fermin Martinez FSC; Photos: La Salle Japan Official Facebook Page)