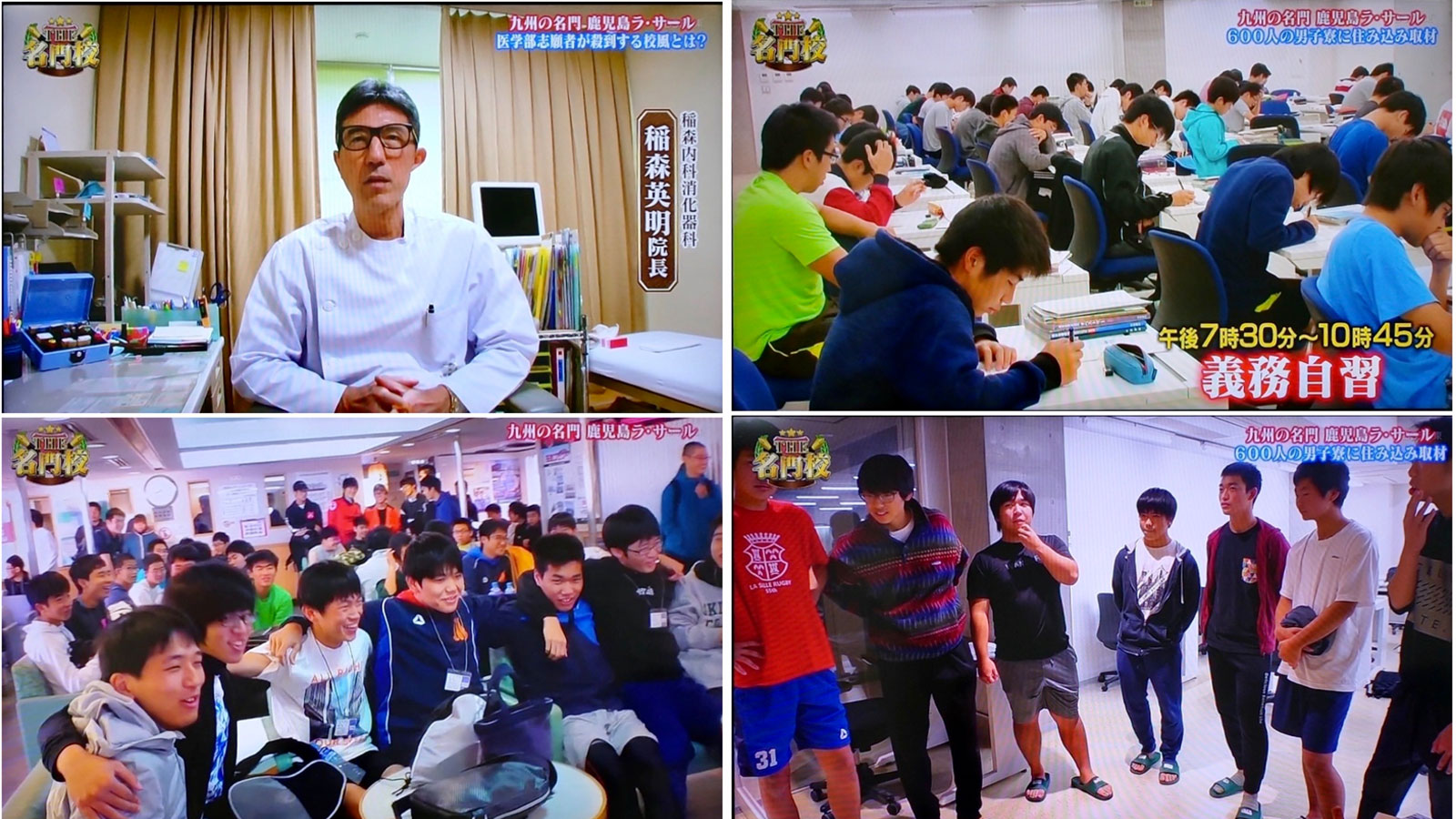 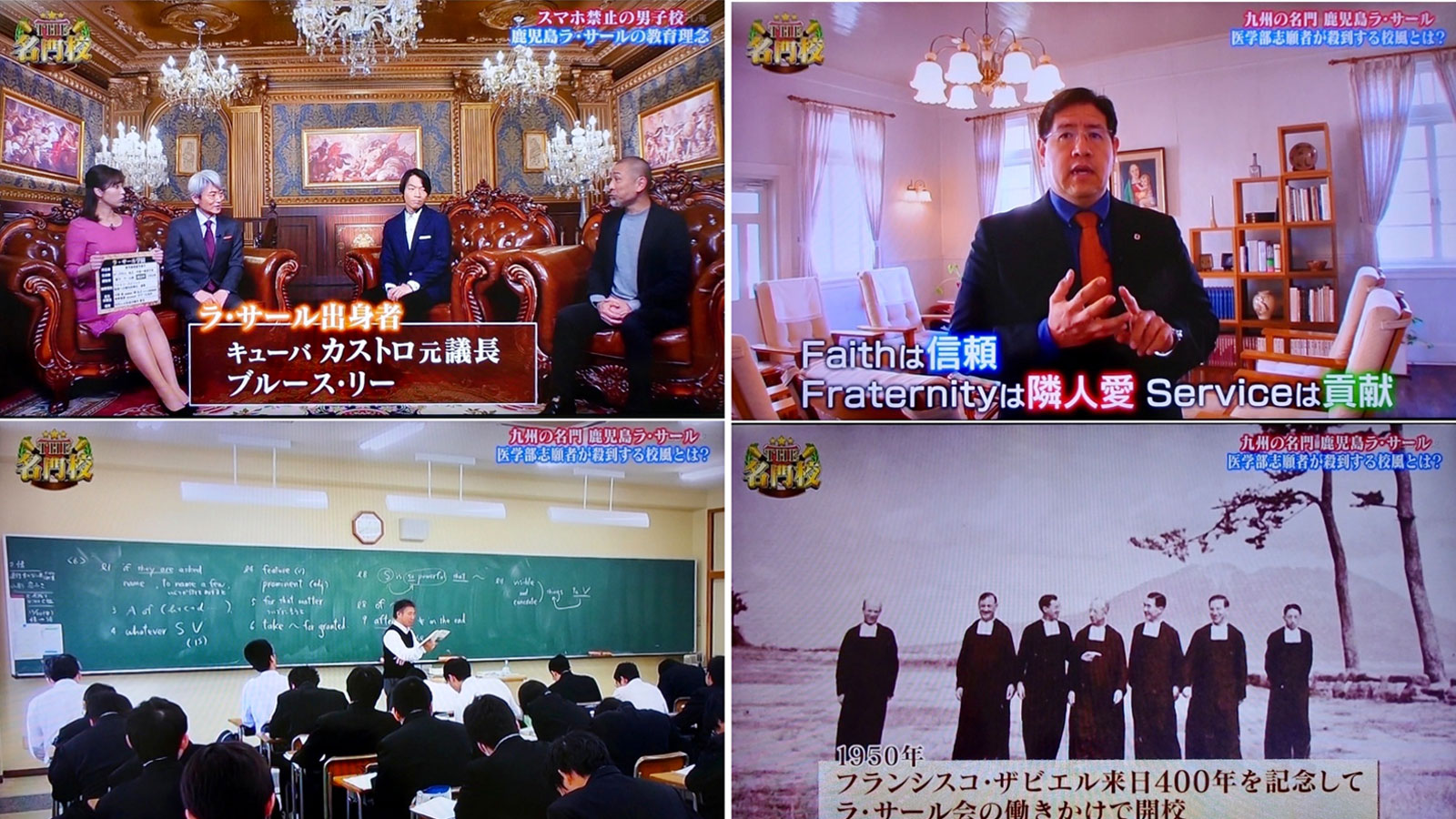 I have always been curious how people outside truly perceive our school. While it is said that the school is well known, I was lucky to have witnessed how a television company covered and told the story about our school to the public. As far as I know, we did not pay anything for this nationwide program so I thought that it was a good chance for an objective appreciation. The 2-hour special program by BS TV Tokyo was called, ‘The名門校：日本全国すごい学校名鑑’ (The prestigious school: a list of Japan’s amazing schools). The teaser online said, “Many famous schools are not just schools with high numerical standards. We will show you the school’s teaching styles, rules, facilities, extra-curricular activities, and alumni network. We will also show you the secrets of super high schools such as Kaisei and La Salle. Discover the foundation behind the amazing high schools who currently shape not only universities but also modern Japan!” So last January 5, I rushed home just so I could catch the show at 7:00 p.m.

Five schools were featured – Hokurei HS (Sapporo), Yokohama Suiran HS, Kaisei HS and Seijo HS (both in Tokyo) and fortunately of course, our school in the far-flung city of Kagoshima. The school feature started with the boys happily singing the school anthem aboard the ship for a field trip and of course it showed interviews and snaps of the students’ daily life in school. They talked to famous alumni (a former government minister, a corporation president) and a doctor who was an alumnus and our current PTA Chairman. His father was also an old boy and his son currently studies in the school. He said he loves the school because it is in the rural area (maybe because the atmosphere allows students to concentrate on studying), and that because of the diversity of students who come from various prefectures, many experiences are possible.

One interesting point I thought they highlighted was how the blackboards are very long. I didn't know it was unusual until I watched the show. The students related that tests are very frequent - weekly, especially for the senior high school. The worldwide nature of De La Salle as a religious congregation was also featured and its two schools in in Japan, the other being in Hakodate. As Br. Domingo, the current Principal, showed the Brothers’ House, he was also able to introduce the Founder, and explain the values of Faith, Service and Fraternity (Communion), and ‘family spirit’, a popular invocation in the Japanese Lasallian Family.

A considerable amount of time was spent to feature the dormitory life of more than half of our students. There is a cut-off time for them to exit the dormitory so that they wouldn’t be late in the morning and the camera crew even caught the students who were so late, they were not able to wear their socks properly. It showed the size of the common bath and the scale of the laundry services. They focused on one student who is such a huge fan of a female celebrity, he has covered his walls with her posters and his cabinets with fan stuff. On the other hand, rules in the dormitory were also explained e.g. ban on mobile phones, private TV sets and comic books. When this was said, the hosts of the show seemed surprised. It also showed that while there was mandatory study time at the common area in the evening, some students still continue studying privately in their rooms and even wake up early in the morning to study again for at least two hours.

The ‘other side’ of course was presented, with students enjoying the famous sports festival in the region and the walk around the Sakurajima volcano in December, among other extra curricular activities. The feature ended with meaningful reflections from the students. One said that being in La Salle enabled him to have many amazing experiences. Another said that the dormitory life taught him cooperation, friendship, and brotherhood among his classmates. I wasn’t too sure in the end if any secret to the success has been revealed but I thought that the highlighted parts of the school were of course very noteworthy to the eyes of the Japanese people. Surely, this was a good kick-off to start the year and of course, a beginning reflection as we honor the achievements of the Brothers and Partners who have worked hard ahead of us. May this inspire all members of the Lasallian Family in Japan as we anticipate the 70th Founding Anniversary of La Salle High School in Kagoshima and 60th Anniversary of Hakodate La Salle, both in April of this year!