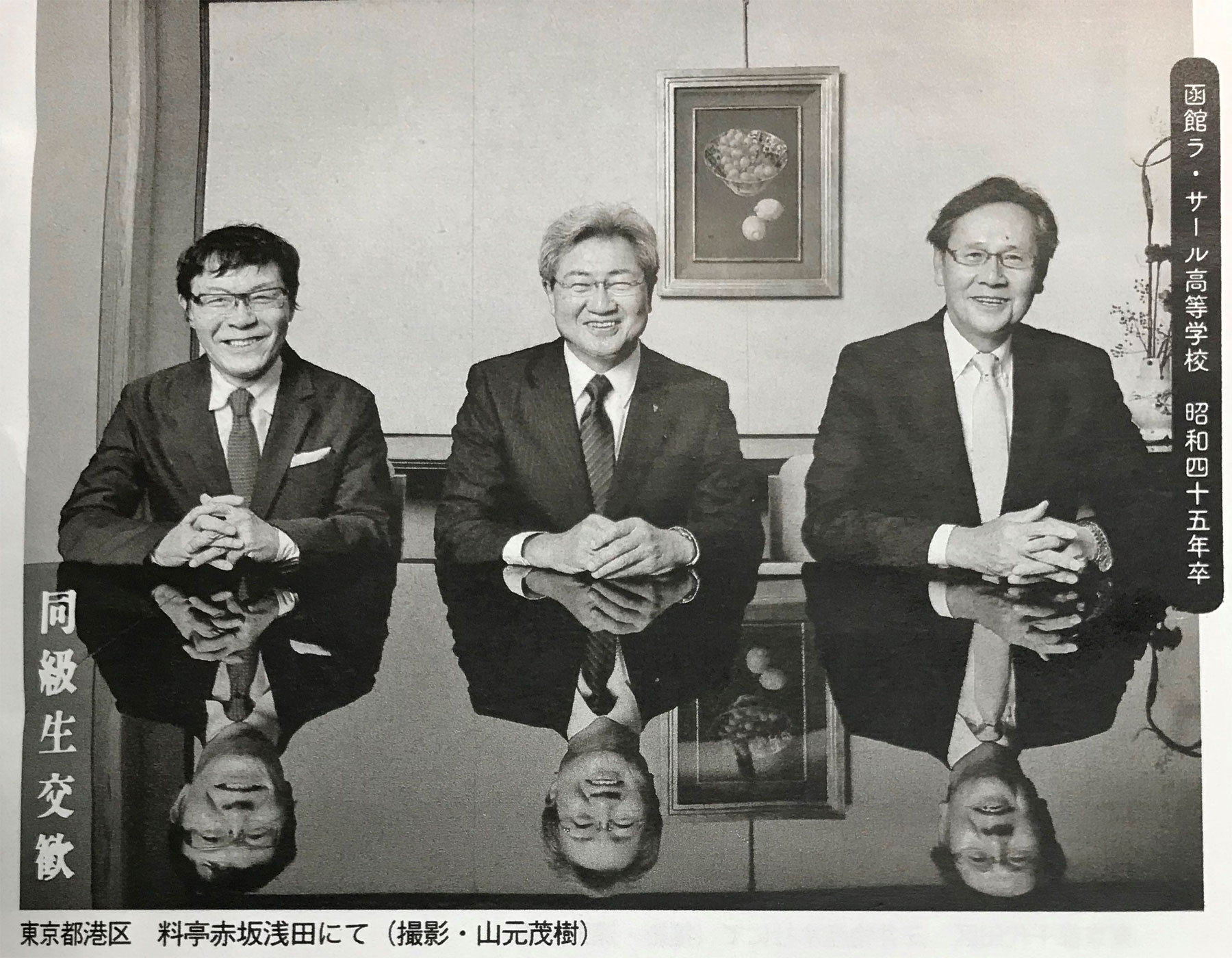 JAPAN - Here in Hakodate La Salle (HLS), day by day we find good news coming from among our former students. This month, in one of the national popular magazines, three of our alumni appeared. They are two years younger than me, that is, they are 69. From the right, Mr. Kikuchi, is a lawyer, who just finished as President of the National Lawyers Association. The one in the middle is Mr. Nakagawa, a surgeon, and he has been elected President of the National Surgeon Association a few months ago. These days he is often on national TV news because of COVID-19. On the left is Mr. Makita. He is a doctor too. He is a specialist on diabetes and has his own clinic in Ginza (the most expensive quarter in Tokyo). He has written some 18 books. They got together in a restaurant where the picture was taken.

Being old friends since senior high years, they often get together to chat and dine. The three of them were boarders, which explains the human relations they have developed over the years going back to the days they were at Hakodate La Salle. Their relations as teenagers bind them together beyond ordinary friendship. Many of the boarders consider their roommates and classmates of the same grade more than friends. Their boarder experiences foster bonds that enable them to treat one another without using the word "brother" but it is implicit in their relations. Also, I dare to say that they got together to celebrate Dr. Nakagawa’s recent appointment as President of the National Surgeon Association. Mr. Kikuchi and Mr. Nakagawa, as Presidents of National Associations, are public well-known figures. Freelance and news writers are avid to get their hands on opportunities like this to write.They were seniors when the Student Revolution spread around the world in the early 70’s. The school was not able to hold commencement that year! (Text & Photo: Br. Fermin Martinez FSC) 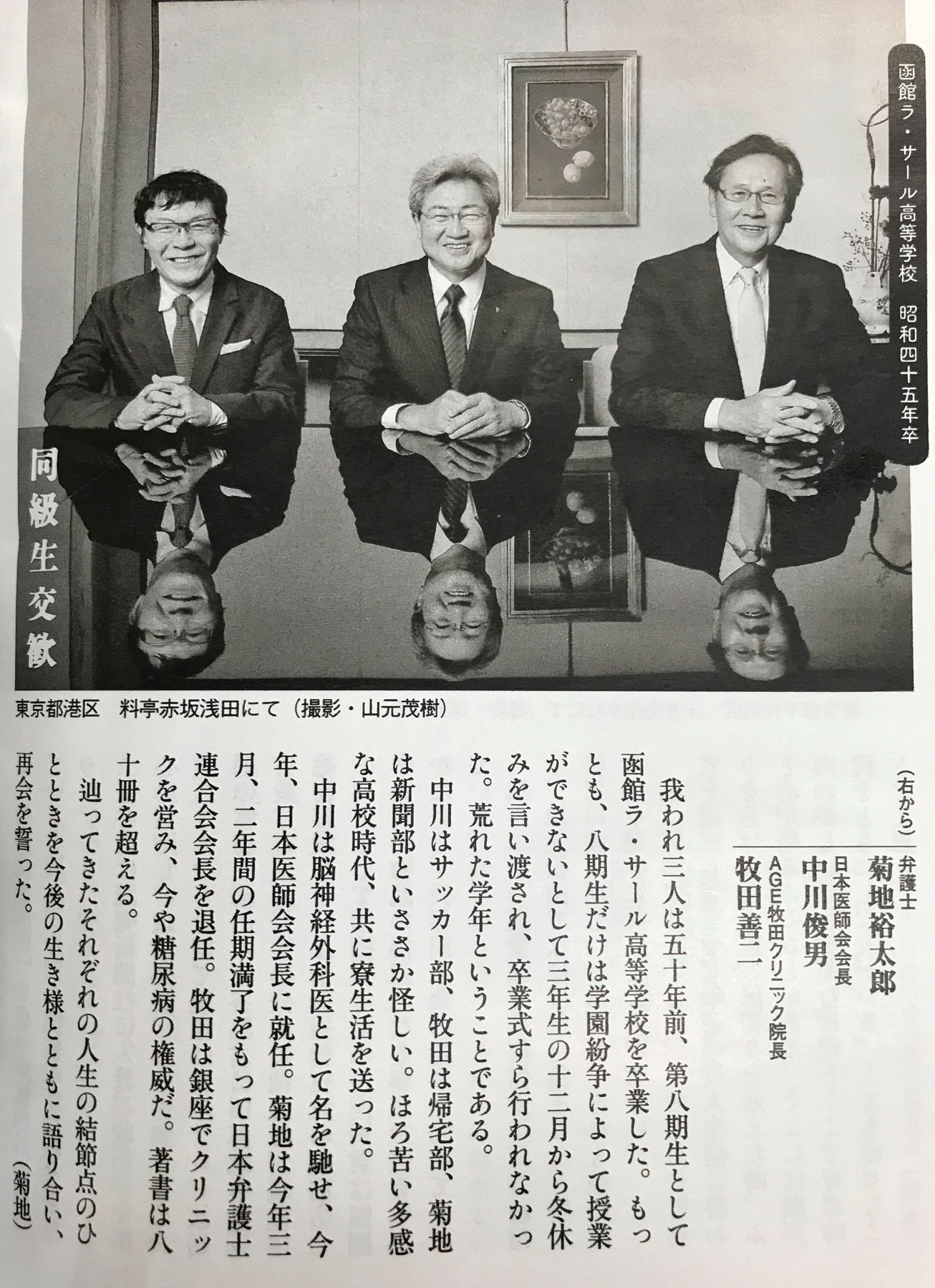