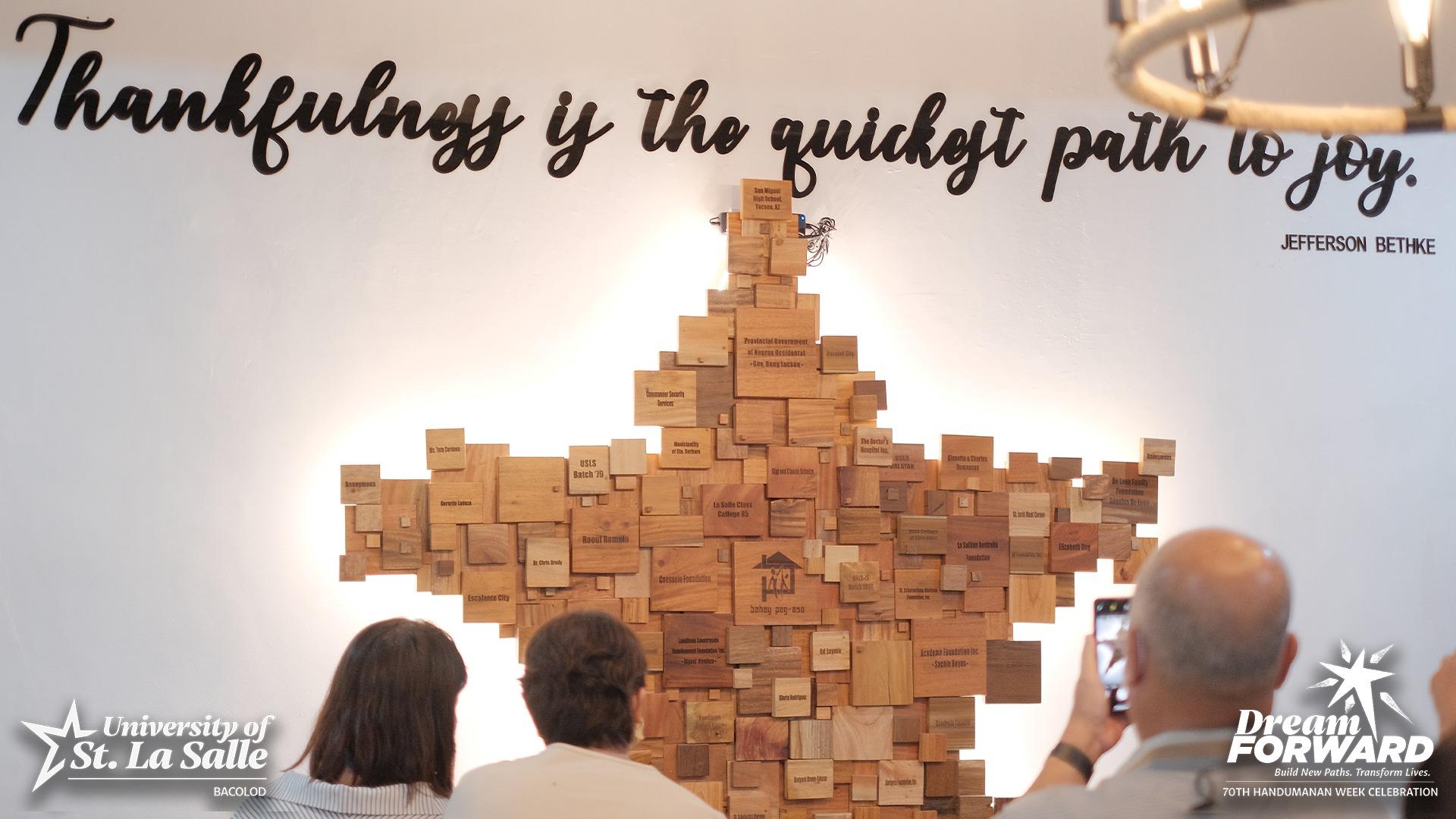 PHILIPPINES - The House of Hope looked back on its journey of giving hope to the hopeless.

Last June 28, the Bahay Pag-asa Youth Center (BPYC) celebrated its 20th Anniversary with joy and gratefulness. They were joined by people who share the same heart of helping young men rejoin society with confidence.

It was a day of thanksgiving for the donors' and benefactors' support and God's blessing to the BPYC and its residents. As a sign of gratitude, the BPYC displayed donor walls to remind them of the help received, which sparked hope in the residents. Also, mosaic artworks created by the residents in a workshop of Ms. Ihvonie Sevilleno, USLS-IS Batch '96, on June 26 at BPYC were displayed and given as tokens to the donors and benefactors. With the assistance of the College of Education, the residents showcased their talent for singing and dancing as they rendered a special presentation to show that they were ever grateful for the support they had received.

A Mass presided by Fr. Chris Gonzales officially started the foundation day celebration. Some BPYC residents, along with the help of the USLS Center for Lasallian Ministries Team, sang praises to the Lord through a choir presentation.

Afterwards, the main program opened with an invocation led by a BPYC resident, followed by welcome remarks of Br. Joaquin Severino Martinez, FSC, USLS President and Chancellor. Furthermore, Br. Dan Fenton, FSC, BPYC Animator, told the story of BPYC--its beginnings and how it became as is it today. Moreover, the Founding Brother of BPYC, Br. Gus Boquer FSC, spoke of how the BPYC ignited the dimmed hope of the young men and opened a brighter future for them. A former resident had proven the goodness of BPYC as he shared how he was once a boy with no hope and future into a man of a promising future. He expressed his gratitude and will give back and share the hope he once received with the BPYC and its residents

A group of artists had also become part of sharing hope with the BPYC. During the foundation day, artworks from different artists across Bacolod were displayed and marketed. A portion of the proceeds from selling their artworks will be given to the BPYC.

It was the people behind it who made the celebration successful. The BPYC residents and staff worked hard to make the event memorable to the donors, benefactors, and friends. They were assisted by the College of Education faculty and volunteers, who gave their time and effort to teach the presentation's choreography to the residents, help with the decoration and exhibit, and usher in the event.

The celebration ended with smiles on the residents' faces and hopefulness in their eyes. It will be kept close in their hearts as it was a day of expressing thanks, giving back, reliving hope, and sharing hope. (Text: Jerah Elijan (USLS student) & Jaycee Seran (USLS teacher); Photos: The Spectrum - USLS & University of St. La Salle Official Facebook Pages)