Acceptance To The Postulancy 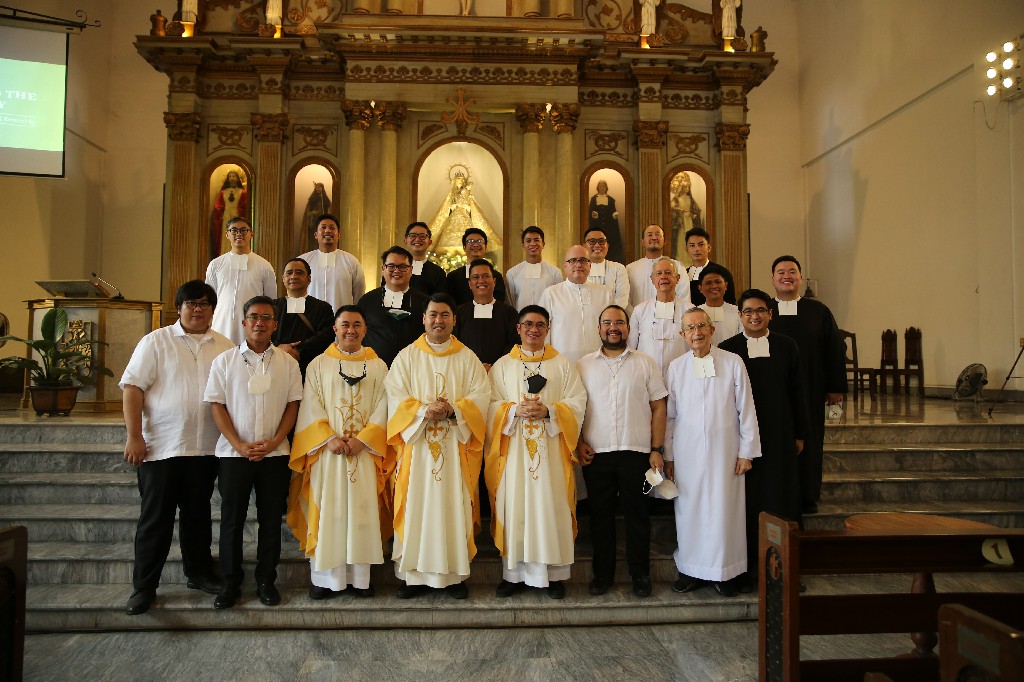 PHILIPPINES - For the first time since the beginning of the pandemic, the De La Salle Brothers Philippines welcomed three new Postulants from a community of Young Professional Aspirants.

The Rites of Acceptance to the Postulancy for Zennel Sy, Jose Ruben Garcia, and Lemuel Asunción was held last August 27, 2022 at the Our Lady of the Most Holy Rosary Chapel inside De La Salle University Dasmariñas (Cavite, Philippines). The Eucharistic Celebration, coinciding with the Feast of Saint Monica, was presided by University Chaplain Rev. Fr. Reinier Dumaop, together with concelebrating priests Rev. Fr. Reginald Malicdem and Rev. Fr. Kali Pietre Llamado from The Manila Cathedral. The Rite of Acceptance was officiated by LEAD Auxiliary Visitor Br. Antonio Cubillas FSC. Filipino Brothers, as well as the families and friends of the Postulants, attended the ceremony. A small reception followed, held at the Senior High School Building of the university.

The three new Postulants come from diverse educational and professional backgrounds. Zennel graduated with a bachelor’s degree in Accountancy from De La Salle University Manila and has been involved in mission work with the Apostolate for Family Consecration in Ohio for 25 years. Prior to that, he worked at the Bank of the Philippine Islands and was also an entrepreneur and certified public accountant. Zennel is currently enrolled in the Certificate in Teaching Program at the De La Salle University in Dasmariñas, Cavite. Ruben on the other hand holds bachelor’s and master’s degrees in Philosophy from the St. Thomas of Villanova Institute (College Seminary of the Order of St. Augustine) and the Ateneo De Manila University and has worked as a philosophy and theology teacher at Manresa School in Paranaque from 2019 to 2022. Lastly, Lemuel, who has a bachelor’s degree in Occupational Therapy and a master’s degree in Health Professions Education from the University of the Philippines Manila, has taught occupational therapy, neuroscience, and research at the same university and at the De La Salle Medical and Health Sciences Institute in the past eight years.

The Postulancy Program for 2022-2023 has been adapted to match the unique contexts of the Postulants as well as the pandemic situation. The program, for example, will not be held at the Lasallian Formation Center in La Salle Greenhills, but rather in active Brothers’ communities such as in Dasmariñas City (Cavite, Luzon) and in Ozamiz City (Misamis Occidental, Mindanao). The Postulants look forward to the blended nature of their program which includes in-house and online sessions as well as local and international exposures.