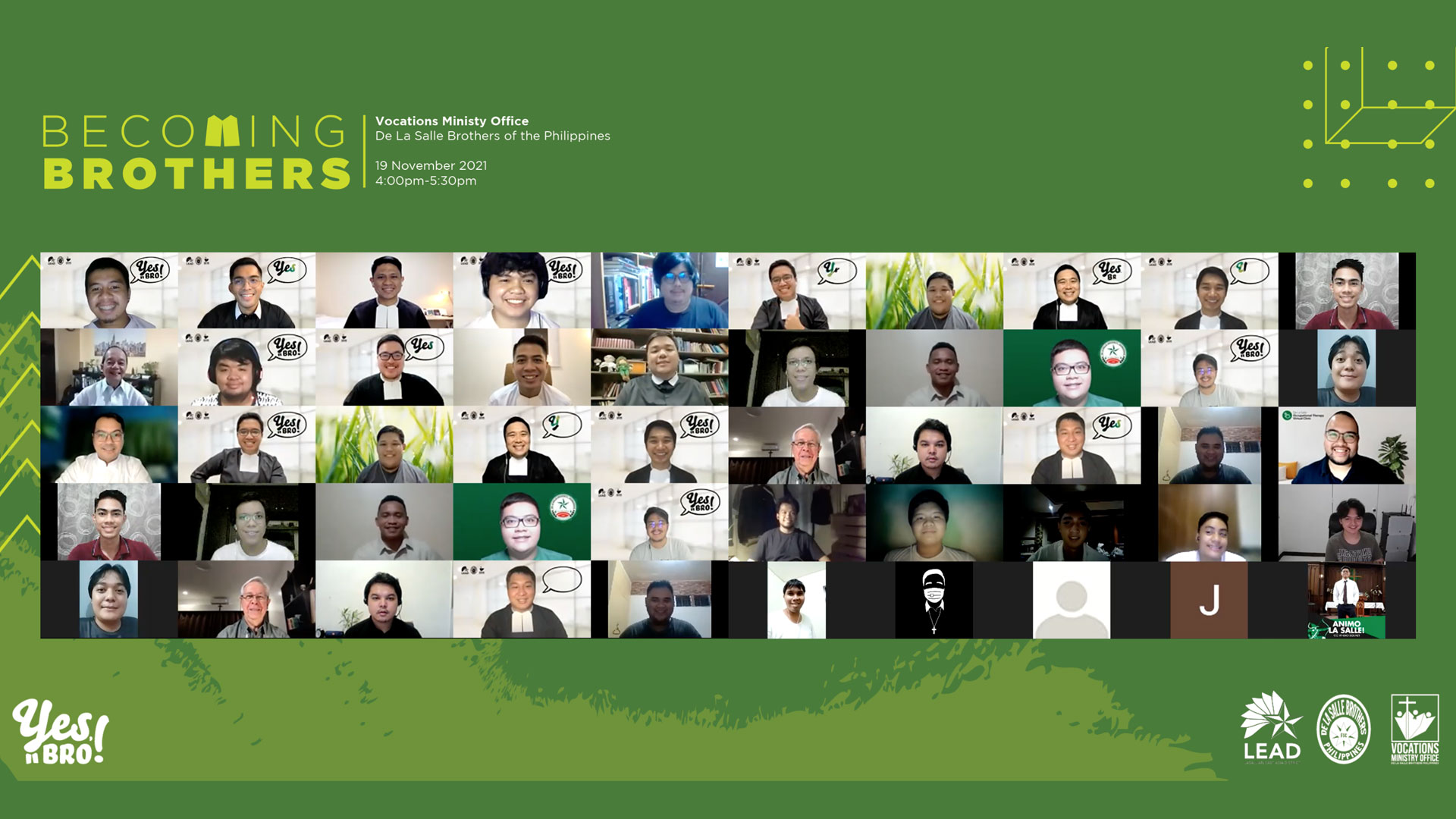 PHILIPPINES - The Brothers in the Philippines organized a vocation gathering entitled “Becoming Brothers”, which is a vocation promotion campaign which directly promotes the vocation of the De La Salle Brothers. The event is the culmination of an attempt to promote the Brothers’ vocation through online advertisement. The goal was to gather men who are already curious about the life, and who are already discerning their call in life. Twenty-three (23) young men, mostly young professionals unaffiliated with the La Salle network, joined the event. The first session, facilitated by Br. Mark Basan FSC, was a detailed presentation of the life of the Founder and how he also said “YES” in his life. The second session had a breakout format where the participants joined the Brothers in sharing their own story of saying “Yes, Bro!” too. The second Becoming Brothers vocation gathering is in March 2022. (Text: Br. Weegee Enriquez FSC; Photo: Br. Carlo Rementilla FSC)