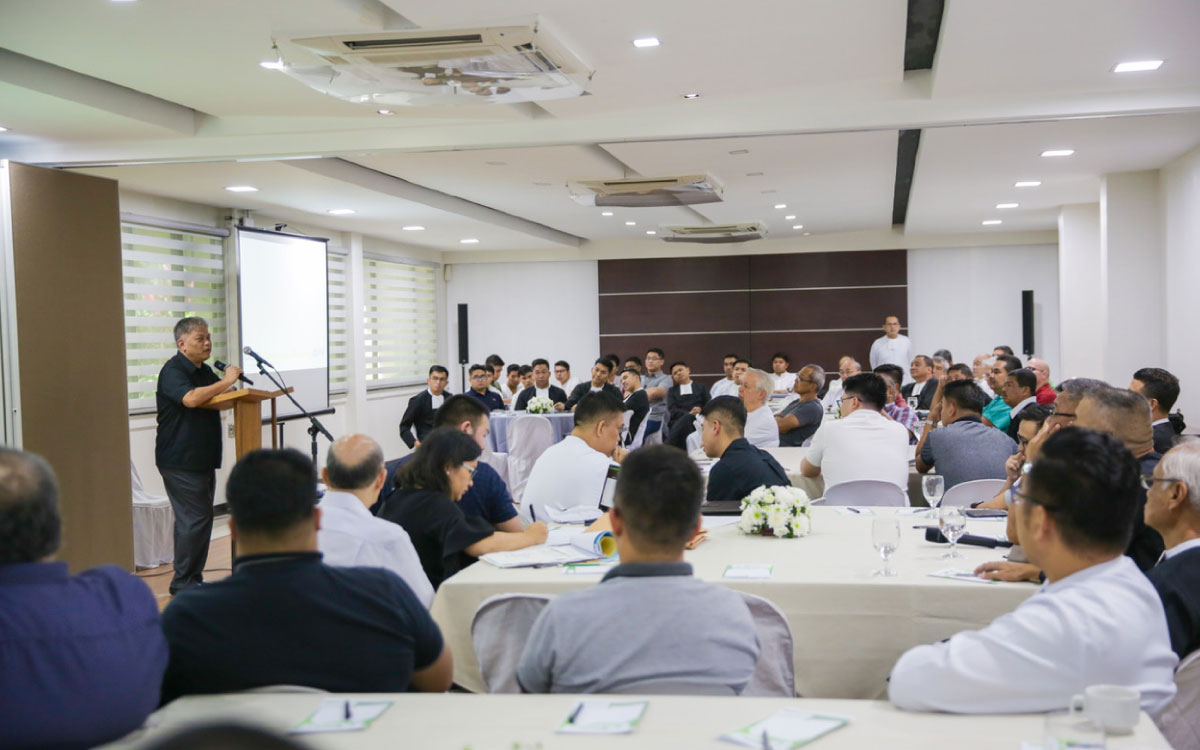 The meeting started with the presentation of the amended articles of incorporation and by-laws, which were approved and seconded by the Brothers. It was then followed by the reports on the Philippine sector presented by Br. Armin Luistro FSC, Visitor of East Asia. He presented the Filipino Brothers’ Statistics (i.e. number of Brothers in the Philippines, status of FSC in studies, health of Brothers, vocations, and age group statistics). The new Age Group Moderators were also announced; Br. Mark Salvan FSC, Br. Kenneth Martinez FSC and Br. Vic Franco FSC for the Young Brothers, Middle Age Brothers, and Senior Brothers respectively.