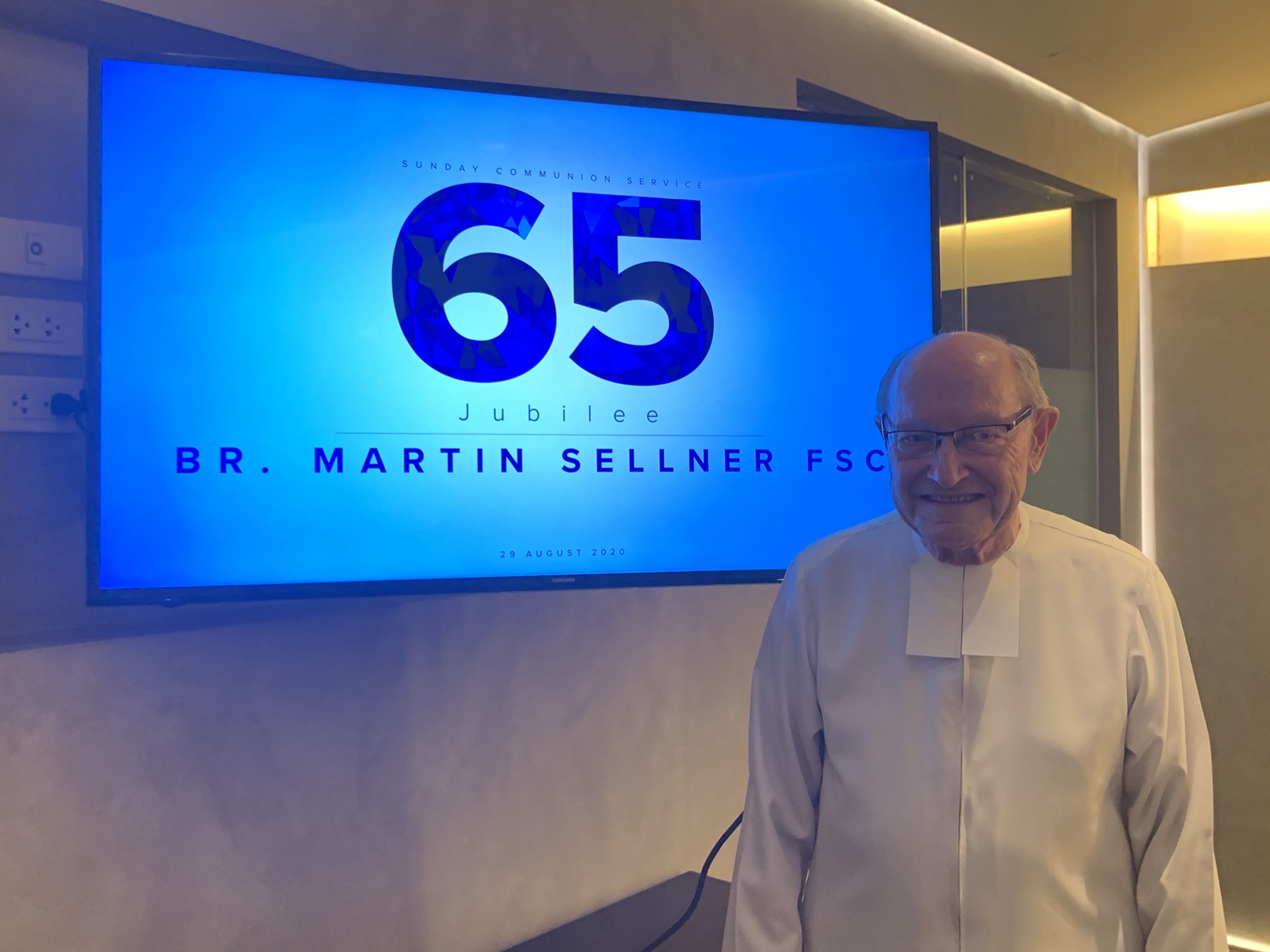 PHILIPPINES - On 29–30 August, the 1911 Community in Manila enjoyed a double celebration for their Director, Br. Martin Sellner FSC. Br. Marty turned 83 years old on Saturday and the party featured his favorite Filipino dishes such as soup number five, lechon, crispy pata, and pansit. Lechon was also the theme of his birthday cake and the community gifted him with a cap that had a lechon image embroidered on it. During the communion service, Br. Marty renewed his religious vows as he also commemorated his 65th Jubilee Anniversary as a De La Salle Brother. Sunday lunch was paella and lengua prepared two ways. Desert was a special rum cake baked by Br. Marty himself. You can actually watch him making the cake in his Facebook video, “Kitchen Chemistry.” Even during this pandemic, Br. Marty keeps himself active and busy. Early before dawn, he exercises by stair climbing and greets the sunrise on the roof deck of one of the buildings of DLSU. As of this writing, he manages to climb 90 floors three times a week and continues to increase it by two more every week. Aside from his cross stitch and chemistry classes for the Brothers, he has become increasingly popular in social media for his TikTok videos and for completing his two-decade project, which is a cross stitch of the Periodic Table o f Elements. Many local and international news organization srecently featured Br. Marty because o f his inspiring accomplishments. (Text & Photos: Br. Richie Yap FSC, Br. Martin Sellner FSC) 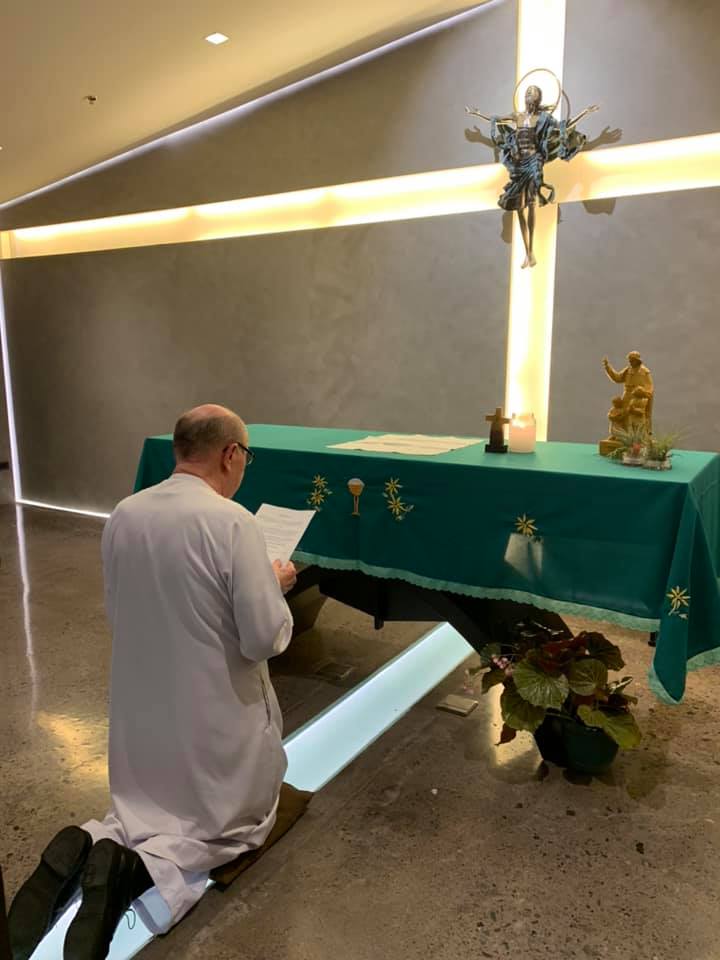 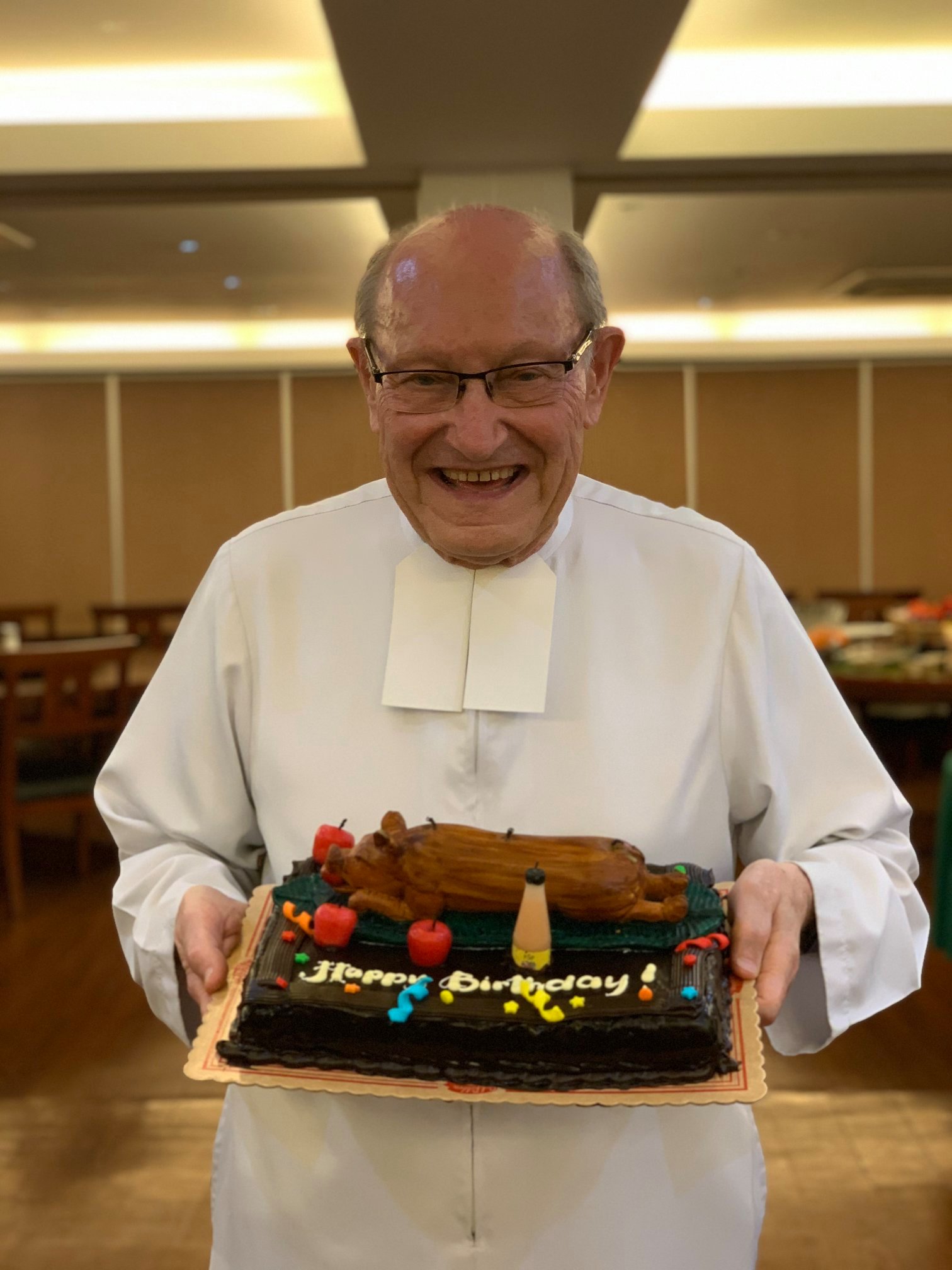