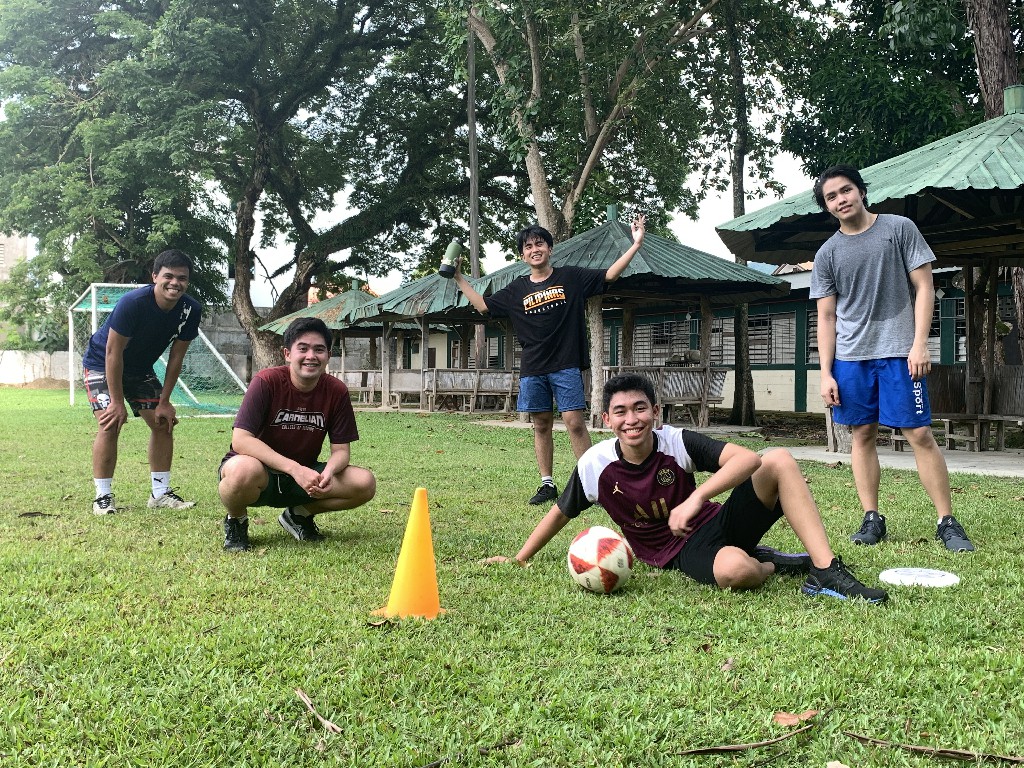 PHILIPPINES - The contacts and aspirants of Iligan had their gathering on August 21-22, 2021 at the Holy Infancy Brothers’ Community (HIBC) in La Salle Academy. The event was filled with activities, including the aspirants’ commitment to the Aspirancy Program and their Community Annual Planning

Day 1 On the 21st of August upon arrival, the contacts and aspirants were greeted by the heat during their head-on game of frisbee and football facilitated by Br. Henry. The first game of frisbee was already intense with a score of 4-3 in favor of team A (Franky Alejo, Geoffrey Baloloy, and Martin Padilla). In the second game of football, the team of Br. Henry along with Franky and Martin won with a score of 5-4. It was undoubtedly a tight game between both teams nevertheless, the spirit of kinship and camaraderie prevailed.

After the strenuous yet exciting games, the contacts and aspirants, together with the Brothers, gathered and joined in a solemn virtual mass, which was followed by the Renewal of Aspirancy. They had the time to contemplate on the gospel reading that was taken from the Gospel of John 6: 60-69 which says “… no one can come to me unless it is granted by the father… many of his disciples turned back and no longer went with him. Jesus asked the twelve, ‘Do you wish to go away?’ Simon Peter answered him, ‘Lord to whom can we go? You have the words of eternal life. We have come to believe and know that you are the Holy One of God”.

The Gospel was indeed very timely, as the Renewal of Aspirancy symbolized the aspirants’ response to God’s calling. They said “Yes” once more and continued the journey towards following and learning God’s words and works through the Brothers. Among all the aspirants of Iligan, Franky Alejo, Jian Escanilla, Neil Suarez, and Pafsy Mejia had the opportunity to have the renewal face-to-face in the chapel of HIBC, while Louie Edrozo and Omer Pacilan joined them virtually via video conferencing. A welcome dinner was prepared after, followed by a night of laughter as the Brothers and aspirants bonded by means of exciting games, stories, and extra gimmicks throughout the night.

Day 2 The second day started with an early breakfast to prepare for the activities of the day. The aspirants were gathered for their first session of prayer service and Personal Annual Planning. They took the time to reflect as they made their Personal Pilgrimage Plan; this allowed the aspirants to ponder on their journey towards the discovery of one’s innermost meaning and purpose as an aspirant. Moreover, this also helped the aspirants determine and evaluate themselves in terms of Faith, Service, and Communion.

In the second session, the Community Annual Planning began, guided by Br, Ivan Umali FSC as the Brother Vocations Coordinator in Iligan. The aspirants were tasked to come up with a statement that constitutes their Vision and Mission as Aspirants. They also planned and prepared for this years’ upcoming programs and activities as an aspirants and contacts community. The event ended with a closing prayer and a quote “Light has dawned” as this marks the start of new beginnings filled with God’s guidance and His bountiful graces. (Text: Neil Michael Suarez, aspirant of Iligan; Photos: Br. Dan Sanding FSC)