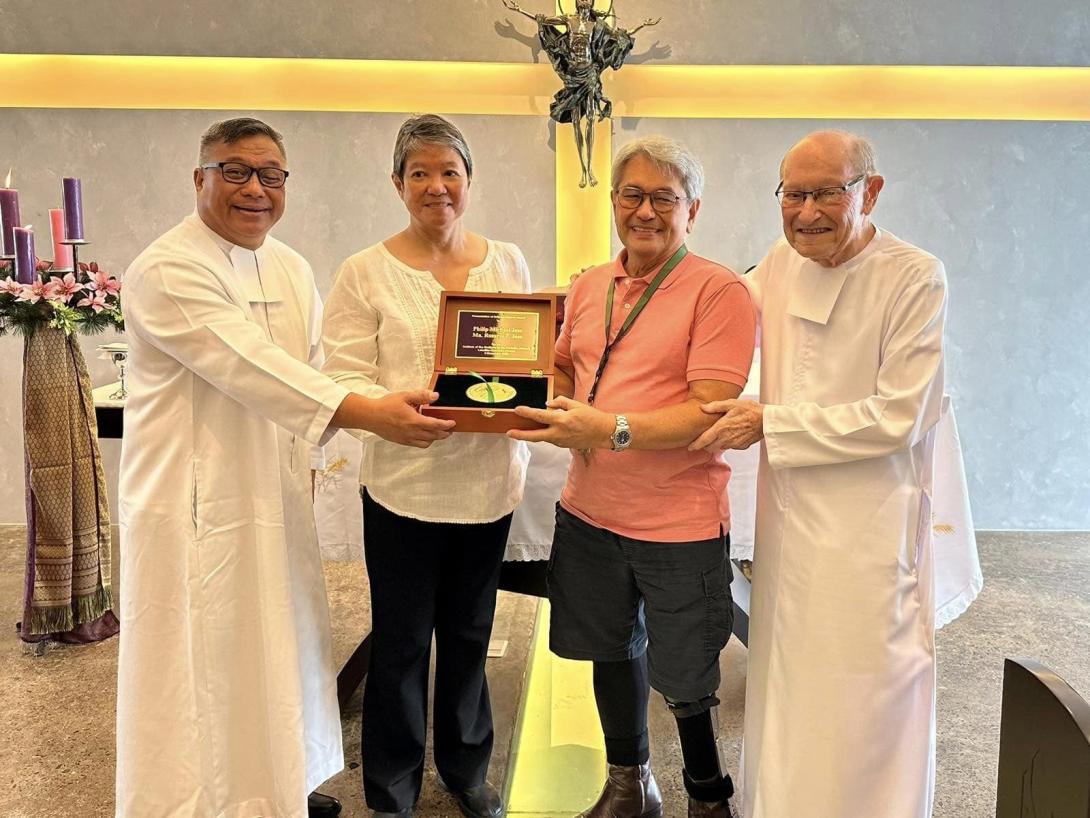 PHILIPPINES - On 8 December, the Solemnity of the Immaculate Conception, Mr. Mike & Mrs. Chary José received the Indivisa Manent Award at the Brothers’ Community chapel in De La Salle University - Manila. “Indivisa Manent” is the Latin phrase found in the family crest of St. John Baptist de la Salle which best translates into English as “Forever United”. In granting this award, the Lasallian East Asia District wishes to recognize and celebrate the recipient’s perseverance, genuine spirit of association, and generous commitment to the mission of the Lasallian Family to offer a human and faith-based education to as many young people as possible.

Whereas, Mr. Philip Michael Jose and Mrs. Ma. Rosario F. Jose have been faithful witnesses to the Lasallian core values of Spirit of Faith, Zeal for Service and Communion in mission through their years of sincere, dedicated, committed, and earnest concern and service for the Brothers of the 1911 Community by participation in the Lasallian Mission, as evidenced by:

It is hereby resolved, that Mr. Philip Michael Jose and Mrs. Ma. Rosario F. Jose. be granted the Indivisa Manent Award for their and their family’s continuing generous support for and friendship with many Brothers who had been assigned at De La Salle 1911 Brothers Community.